IRS - Flood victims may be able to file taxes later 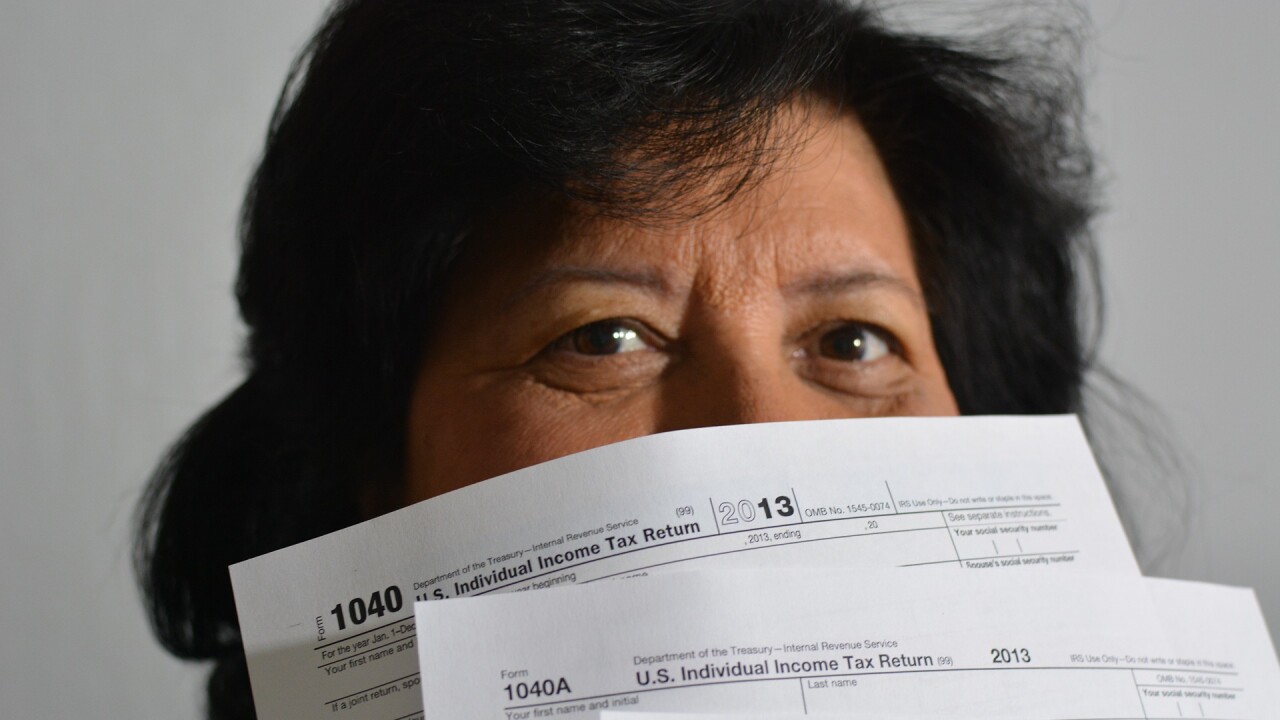 OMAHA, Neb. (KMTV) — Victims of floods that swept Nebraska may get some relief when it comes time to file their taxes.

The IRS says that taxpayers who reside in or own a business in Butler, Cass, Colfax, Dodge, Douglas, Nemaha, Sarpy, Saunders, and Washington counties may be able to postpone certain filing and payment deadlines. This is due to the disaster declaration that was approved by the White House earlier this week.

The IRS says they will automatically identify people who qualify.

Victims of the severe winter storm, straight-line winds, and flooding that took place on March 9, 2019 in Nebraska may qualify for tax relief from the Internal Revenue Service.

The President has declared that a major disaster occurred in the State of Nebraska. Following the recent disaster declaration for individual assistance issued by the Federal Emergency Management Agency, the IRS announced today that affected taxpayers in certain areas will receive tax relief.

Individuals who reside or have a business in Butler, Cass, Colfax, Dodge, Douglas, Nemaha, Sarpy, Saunders, and Washington counties may qualify for tax relief.

The declaration permits the IRS to postpone certain deadlines for taxpayers who reside or have a business in the disaster area. For instance, certain deadlines falling on or after March 9, 2019 and before July 31, 2019, are granted additional time to file through July 31, 2019. This includes 2018 individual income tax returns and payments normally due on April 15, 2019. It also includes the quarterly estimated income tax payments due on April 15, 2019 and June 17, 2019. Eligible taxpayers will also have until July 31, 2019 to make 2018 IRA contributions.

If an affected taxpayer receives a late filing or late payment penalty notice from the IRS that has an original or extended filing, payment or deposit due date that falls within the postponement period, the taxpayer should call the telephone number on the notice to have the IRS abate the penalty.

The localities listed above constitute a covered disaster area for purposes of Treas. Reg. §301.7508A-1(d)(2) and are entitled to the relief detailed below.

Under section 7508A, the IRS gives affected taxpayers until July 31, 2019, to file most tax returns (including individual, corporate, and estate and trust income tax returns; partnership returns, S corporation returns, and trust returns; estate, gift, and generation-skipping transfer tax returns; and employment and certain excise tax returns annual information returns of tax-exempt organizations; and employment and certain excise tax returns), that have either an original or extended due date occurring on or after March 9, 2019 and before July 31, 2019

This relief also includes the filing of Form 5500 series returns, (that were required to be filed on or after March 9, 2019 and before July 31, 2019, in the manner described in section 8 of Rev. Proc. 2018-58. The relief described in section 17 of Rev. Proc. 2018-58, pertaining to like-kind exchanges of property, also applies to certain taxpayers who are not otherwise affected taxpayers and may include acts required to be performed before or after the period above.

Affected taxpayers in a federally declared disaster area have the option of claiming disaster-related casualty losses on their federal income tax return for either the year in which the event occurred, or the prior year. See Publication 547 for details.

Individuals may deduct personal property losses that are not covered by insurance or other reimbursements. For details, see Form 4684, Casualties and Thefts [irs.gov]and its Instructions. [irs.gov]

Affected taxpayers claiming the disaster loss on a 2018 or 2019 return should put the Disaster Designation, “Nebraska, severe winter storm, straight-line winds, and flooding” at the top of the form so that the IRS can expedite the processing of the refund. Be sure to include the disaster declaration number, FEMA 4420, on any return. See Publication 547 [irs.gov] for details.

The IRS will waive the usual fees and expedite requests for copies of previously filed tax returns for affected taxpayers. Taxpayers should put the assigned Disaster Designation “Nebraska, severe winter storm, straight-line winds, and flooding” in red ink at the top of Form 4506 [irs.gov], Request for Copy of Tax Return, or Form 4506-T [irs.gov], Request for Transcript of Tax Return, as appropriate, and submit it to the IRS.

Affected taxpayers who are contacted by the IRS on a collection or examination matter should explain how the disaster impacts them so that the IRS can provide appropriate consideration to their case. Taxpayers may download forms and publications from the official IRS website, irs.gov, or order them by calling 800-829-3676. The IRS toll-free number for general tax questions is 800-829-1040.