Joe Biden in Iowa looks to connect to the working, middle class 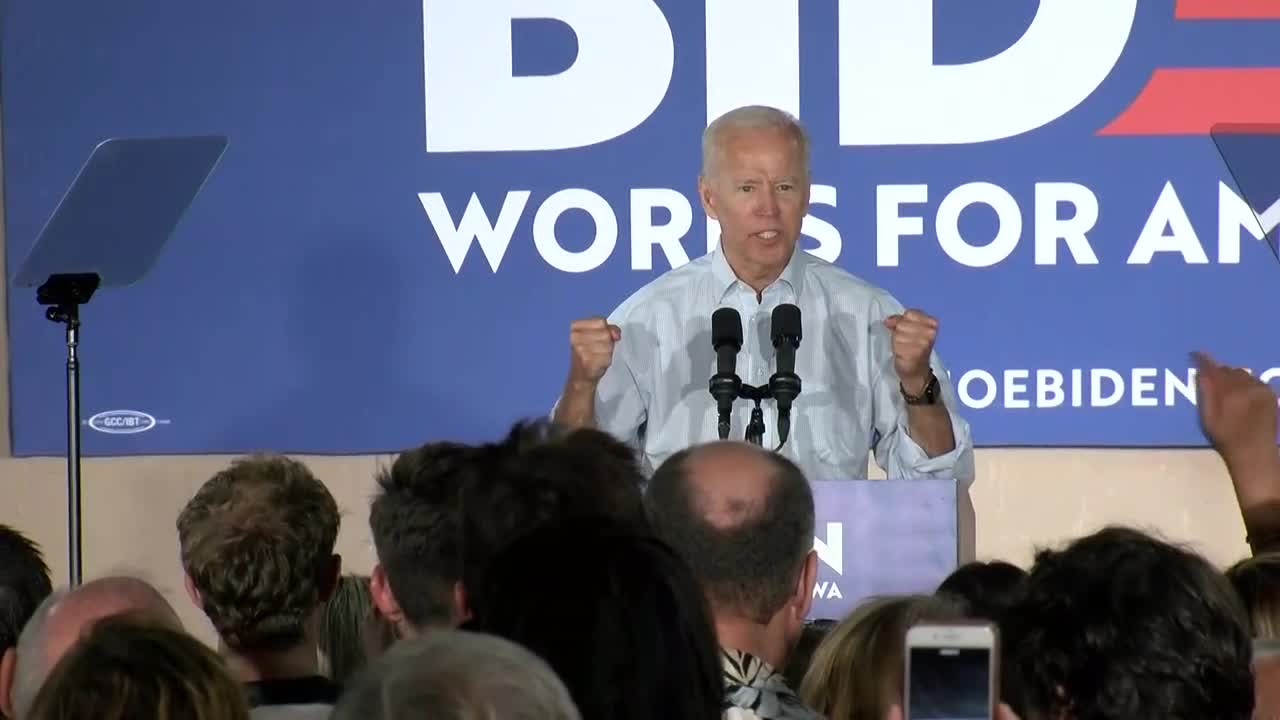 Joe Biden stops in Council Bluffs as part of a three-day tour of the state. 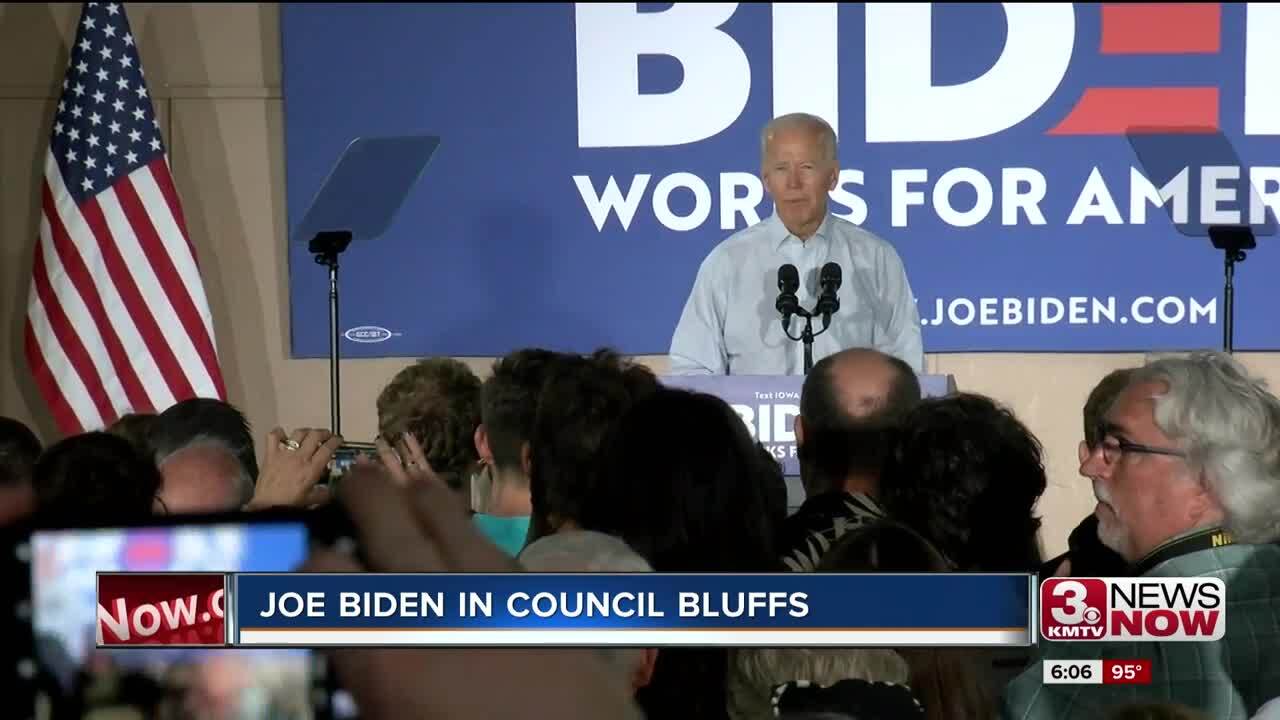 "Hope over fear, unity over division, truth over lies and science over fiction," he said.

The former vice president was eagerly met with more than 400 supporters in Council Bluffs Wednesday. His speech wasn't too long, but it got the crowd excited.

"He just talks to you. He doesn't make you feel any different than anybody else," Council Bluffs resident Bethany Armstrong said.

This early in the presidential race, Biden is simply trying to make an impression.

"You know it's early. So I'm just here to educate myself," said another Council Bluffs resident at the event, Mark Hopping.

Supporters told us that it's his previous experience in the White House that attracts them the most.

"Someone with a little more experience who knows how the system works, especially to the Vice Presidential level, I think the American people will be happy to see that kind of experience," Omaha resident Cam Nielsen said.

"I feel like he's down to Earth, I feel that he's honest and he has experience," Armstrong said.

At the rally, Biden spoke about his newly released health care plan.

"We have to finish the job and make healthcare a right not a privilege. Give everyone the piece of mind they deserve. Everyone," Biden said.

"I'm running because I believe we have to restore the backbone of the country. Working class, middle class people. They're getting killed right now," he said.

Just like most candidates, he also touched on the Trump administration.

"We can overcome four years of Donald Trump. But if we give him eight in the White House it will forever and fundamentally change the character of this nation in my view," Biden said.

"He's praised white supremacists, embraced dictators, separated children from their families at the border and he's launched vicious attacks against people in the United States Congress because of their ethnic background," Biden added.

If he is not chosen as the Democratic nominee, Biden still promises to fight for Democrats.

"But I want to make it clear to you, weather or not I am the nominee I promise you I'm going to work like the devil to make sure a Democrat is elected president of the the United States of America," he said.