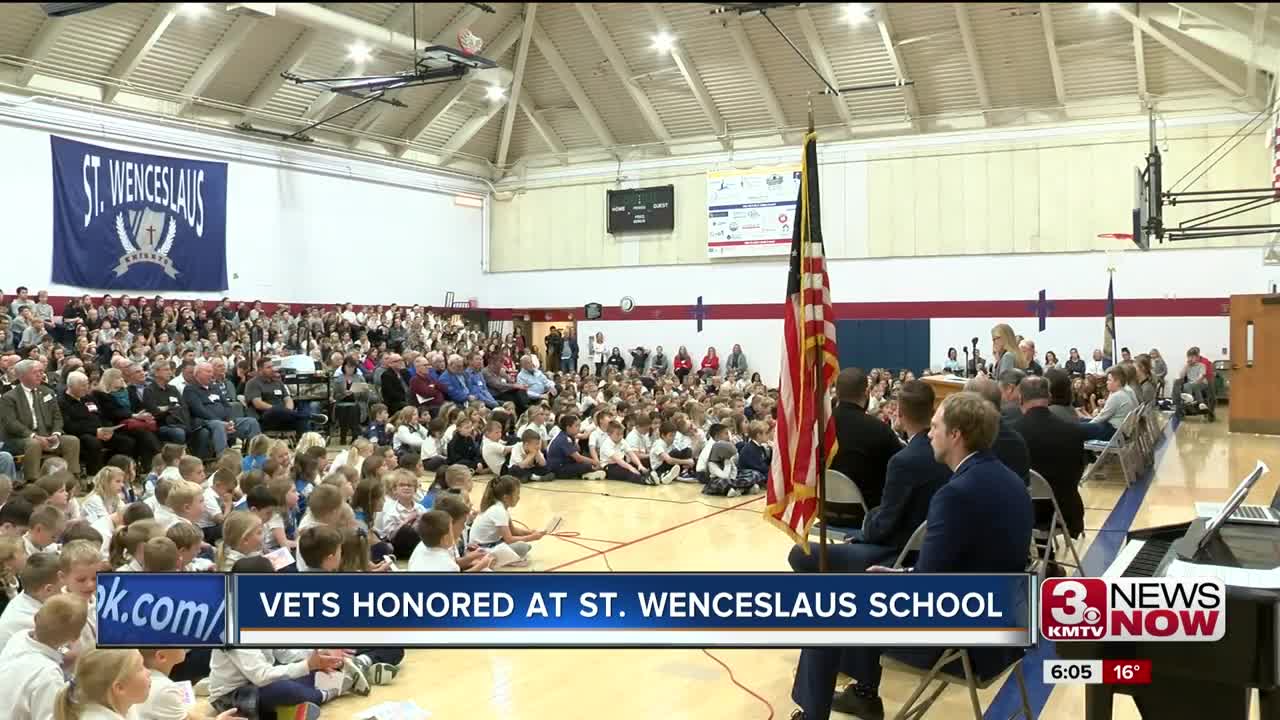 OMAHA, Neb. (KMTV) — At Saint Wenceslaus Catholic School on Monday, iit was a day to say thank you.

"We will always need the serviceman and servicewoman to defend this country, because there will always be people out there that will be greedy that have an ideology they want to impose on us or just full of hate,” says Congressman, Don Bacon.

The school hosted dozens of veterans from the Army, Air Force, Navy, Marines and Coast Guard.

Bringing them in a procession one by one, many of those same vets brought with spouses, who also were also honored.

"They missed their birthday celebrations, they missed their assemblies at school and all, and so those remaining had to be the ones to be both parents and had to make sure that the homefront was maintained,” says William Huben, principal at St. Wenceslaus.

Army vet Tom Selzle was thrilled he got to spend the day at his grandkids school, but still, every year on this day, he thinks of his dad.

"He was a tailgunner on a B-17 and I think he was really the true hero, and it just makes me miss him because he passed away about six or seven years ago,” says Selzle.

The most touching moment came when all the vets at the ceremony got a special gift.

Handmade cards and necklaces from first graders at the school.

Congressman Don Bacon also got emotional when he told the story of a colleague who died in the middle east, and that plenty in the school gymnasium have similar stories.

"I would tell you all the veterans today, know someone, different name, different story, but the same sacrifice and the same courage. We can't forget those who gave their all,” says Bacon.