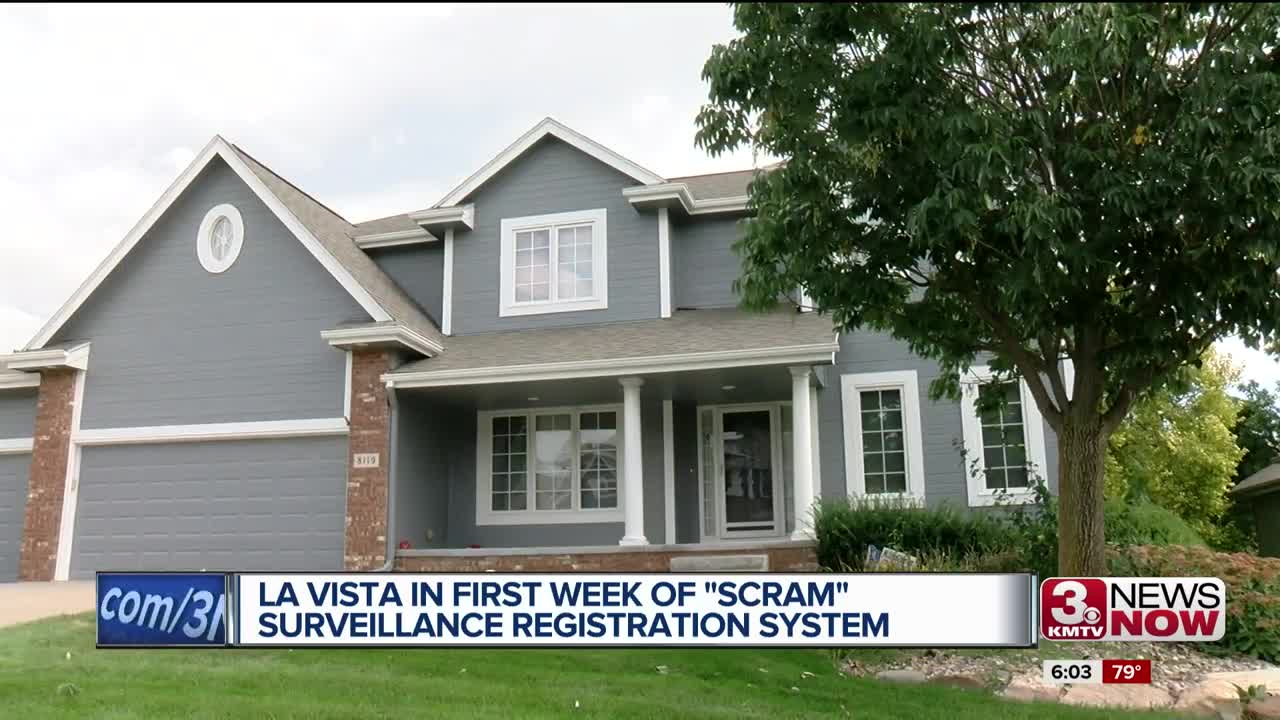 The program, called "Scram" is a security registration program that encourages La Vista residents to contact the police department if they have some type of a home surveillance system.

LA VISTA, Neb. (KMTV) — The city of La Vista is one week in to a new video surveillance system registration program.

The program, called "Scram" is a security registration program that encourages La Vista residents to contact the police department if they have some type of a home surveillance system.

"In the the case of a crime they could contact them and they could check their footage to see if they have anything that may have happened," said Bob Lausten, Chief of Police for the La Vista Police Department. "We do not have access to anybody's camera system. If they have footage we'd ask them to make a copy for us."

"There's no cost of me to share that information with the police department," said Darrin Engleman, a La Vista resident who was one of the first to sign up for the program. "I have the information why wouldn't I share it."

The program is similar to a modern-day neighborhood watch. But instead of patroling the streets residents are getting video from their doorbell.

"The camera systems are the eyes and ears of the neighborhood," Lausten said.

"You have video footage of what is going on," said Engleman.

The goal of the program is to be a good neighbor and to ease the police's jobs along the way.

"They're your neighbors if you want them to look after you then you need to return the favor to them also," said Engleman.

15 people signed up for the program on its first day. The doorbell video company, Ring, has an app called "Neighbors" that does a similar thing and they have already partner with the La Vista Police Department.