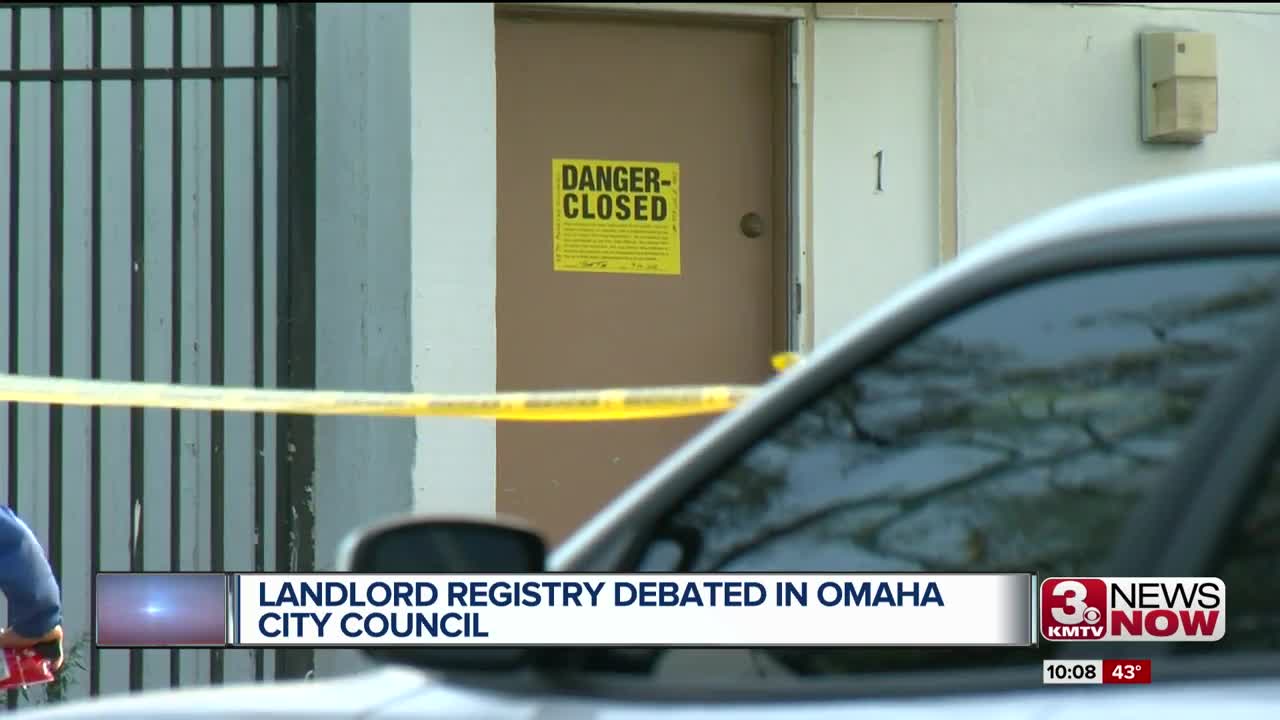 The rental inspection process in Omaha will likely change, but how it will change is anybody's guess.

"I would estimate that 98 percent of our landlords operate clean, safe and code compliant rental units. We need to be focused on the non-compliant two percent,” says Mayor Jean Stothert.

Mayor Stothert presented her plan that would key in on troubled properties, while eventually inspecting all properties over a three-year period.

Current law forces the tenant to complain to the city before anything is done.

"You can't understand how intimidating it is for simply questioning your landlord for exercising your right as a tenant to get you help that you desperately need that I'm happy for you because you must've never experienced it before,” says tenant advocate Chase Vanderbeek.

Hannah Wyble with Restoring Dignity says any of the plans need to pass the 'Yale Park test.'

Many landlords on the other-hand say they're being unfairly targeted because of a few bad ones.

"You don't arrest everybody on a block just because one person in a neighborhood is bad so I don't think every landlord out there should be harassed also.,” says landlord Jim Marek.

Stothert's plan includes educating tenants and landlords something some say is a better idea than a registry.

"We need to focus more on education, more on outreach and more on empowering more in the city on the rights that they have, not necessarily taking it out on the people trying to do a good job,” says resident, Nathan Murrows.

Stothert said it's the city's responsibility to act, but not go too far.

"We all agree that we need a solution,” says Stothert.