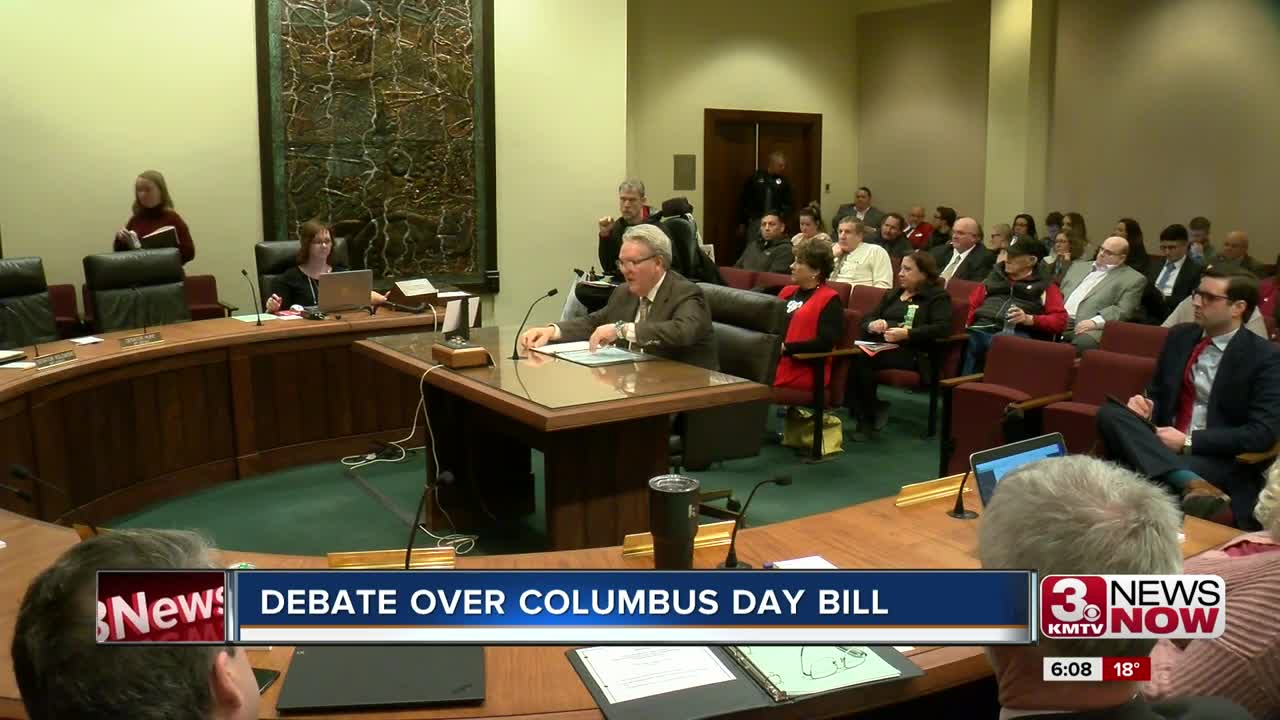 A bill by state senator Patty Pansing Brooks of Lincoln, would replace the state-observed Columbus Day, with Indigenous Peoples Day.

She wants to move away from celebrating Columbus, who she says never stepped foot into North America and historians have recently unearthed unseemly actions.

“The reality of Columbus’s actions on indigenous people is well-documented. Rape, abuse, enslavement, murder and theft are not things to be honored," says Larry Wright, Jr. with the Ponca Tribe of Nebraska.

Others, many in the Italian-American community defended the holiday and Columbus.

“Teachers held him up as an example of a person of character, who overcame strong opposition and great disappointment," says Gio Portera, an opponent of the bill.

Portera says he did much of his own research and says, while Columbus "wasn't perfect," others in his time were much worse.

He says special interest groups use "this 15th century renaissance navigator to further their 21st century political and social agendas."

He says Columbus Day is the only day that recognizes Italian-American heritage.