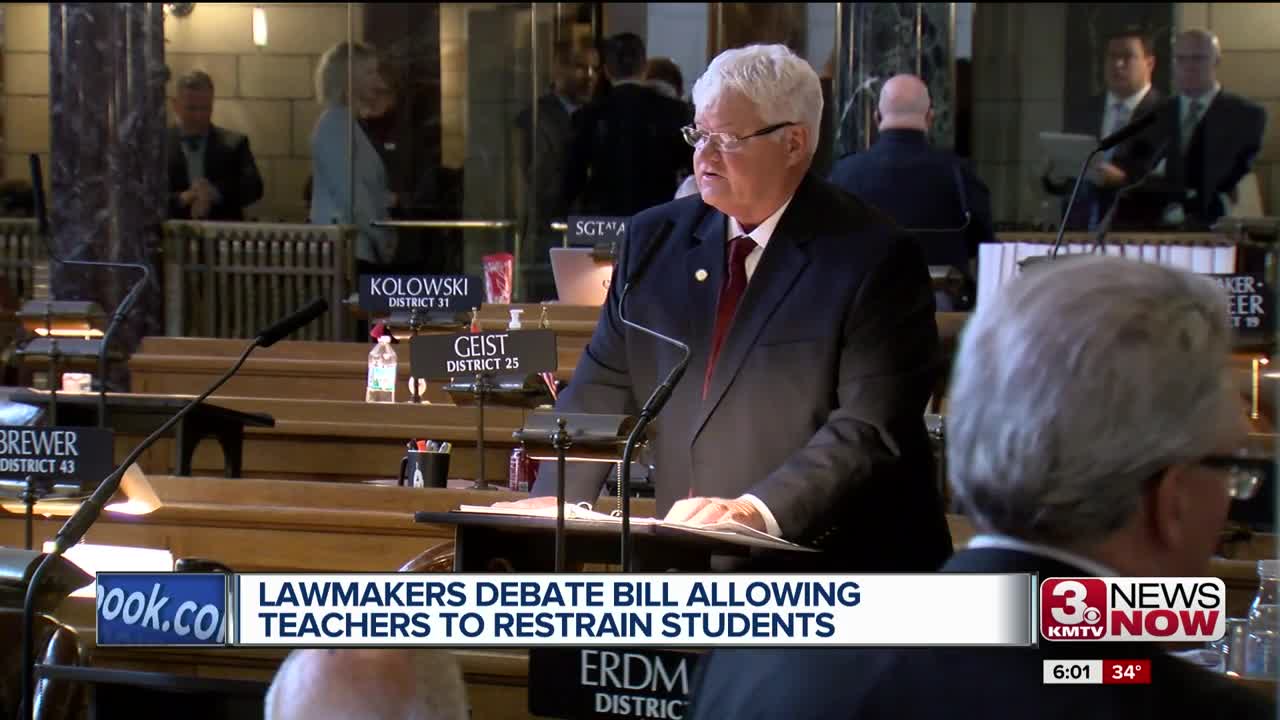 LB-147 would change the student discipline act--allowing teachers to physically restrain students should they become violent.

“We have come with a process. This is just step one," said Sen. Groene.

State Sen. Mike Groene of North Platte wants to give Nebraska teachers complete control of their classrooms. He said specialists involved in crafting the bill include school board administrators, ESU reps, those with Boys Town training, as well as the teacher’s union.

The Nebraska Supreme Court has said teachers can physically restrain students, but the legislature hasn't passed a law allowing it.

"We think every school district should have policies around when students should be removed,” said Maddie Fennell, executive director of the Nebraska State Education Association.

But until a law is passed, some teachers say they don't feel comfortable restraining students… and some state senators have concerns.

"This will destroy the relationships between the student and teacher, parent and school and community and school district," said Sen. Justin Wayne.

Leo Louis with the Malcom X Foundation bused parents and students down to the capitol to hear the debate.

"Training is a great concern of mine but more importantly it’s the conversation that's not being had in this whole debate,” said Louis. “We're not talking about how students feel about the potential of this bill and its impact on them."

But Fennell said no matter what happened with the bill, it's crucial that state leaders find common ground.

"We need everybody to be working together, said Fennell. “If it’s not going to be this bill then let’s all get at the table. We can't have people say ‘I don't like this’ and so they stand up and walk away—we have to have everybody together at the table talking about this.”

Sen. Groene hopes he can gather the support of 33 senators to bring the bill to a vote later this session.