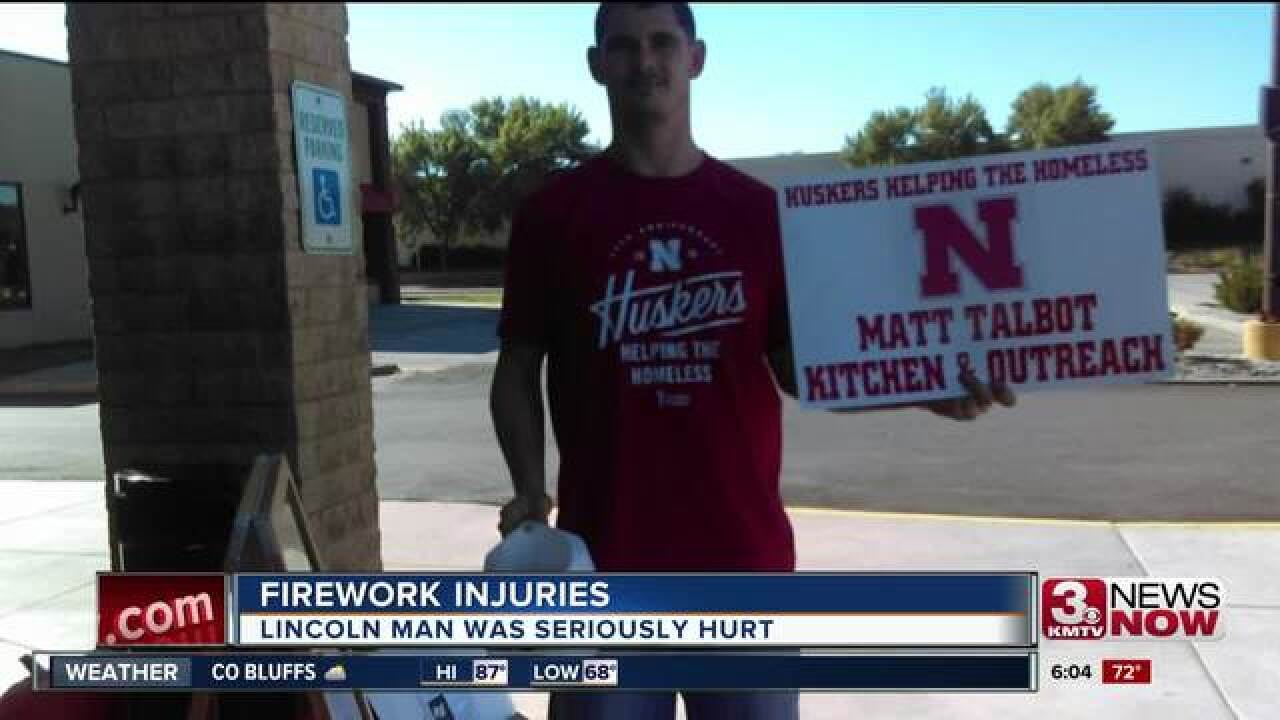 A Lincoln man remains in the hospital after seriously injuring his hand trying to relight a dud firework. Officials say Carl Lintt was lighting fireworks with his family when the mishap occurred and his family said he had to get his right hand partially amputated.

"It was in his hand and it basically blew some of his fingers off and damaged a lot. He has burns on his abdomen," Lintt's mother Terry said.

"Fireworks is no joke, it's no games," added family friend Sonlee Prack, who witnessed the accident. "You're risking your life lighting off fireworks."

In Omaha, dozens were treated for firework-related injuries at area hospitals.