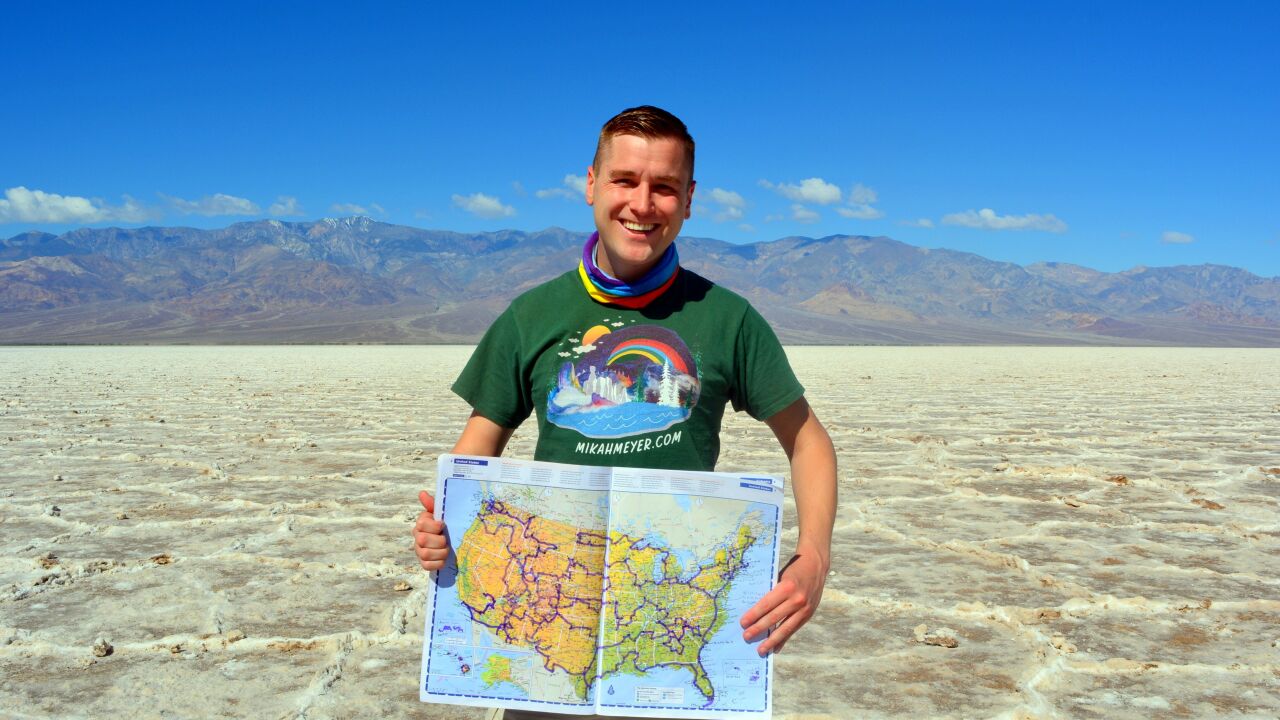 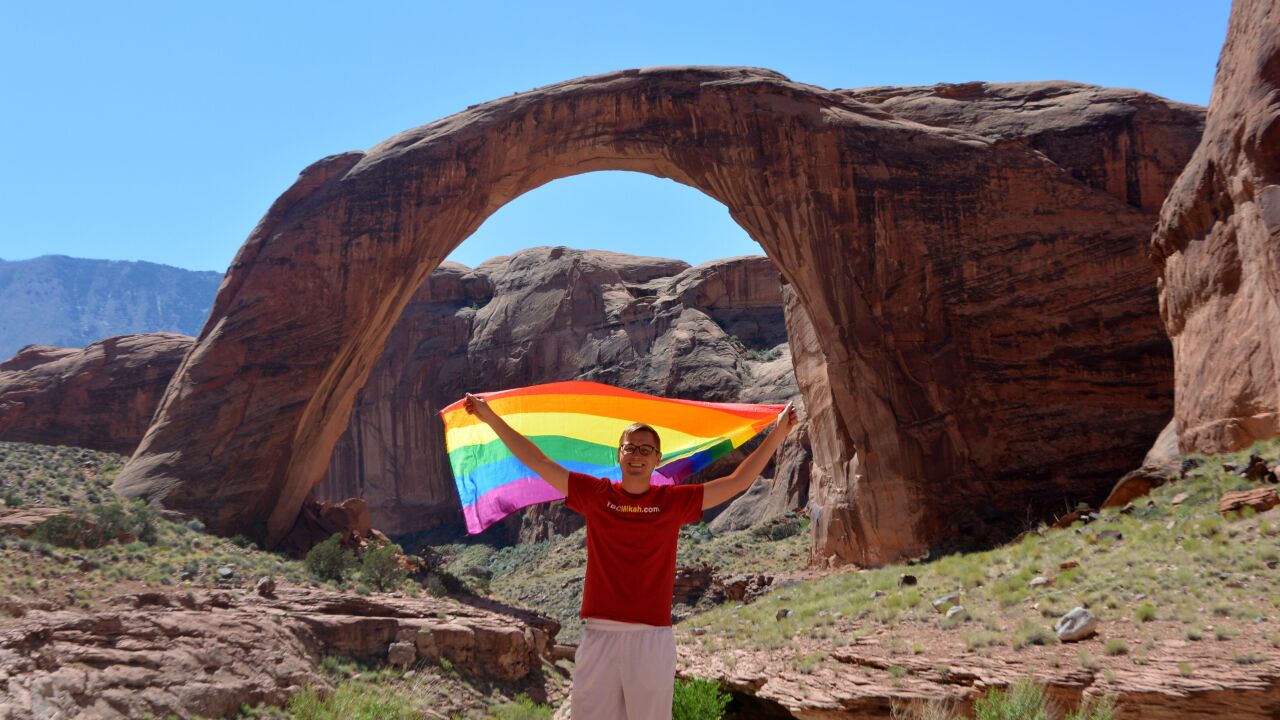 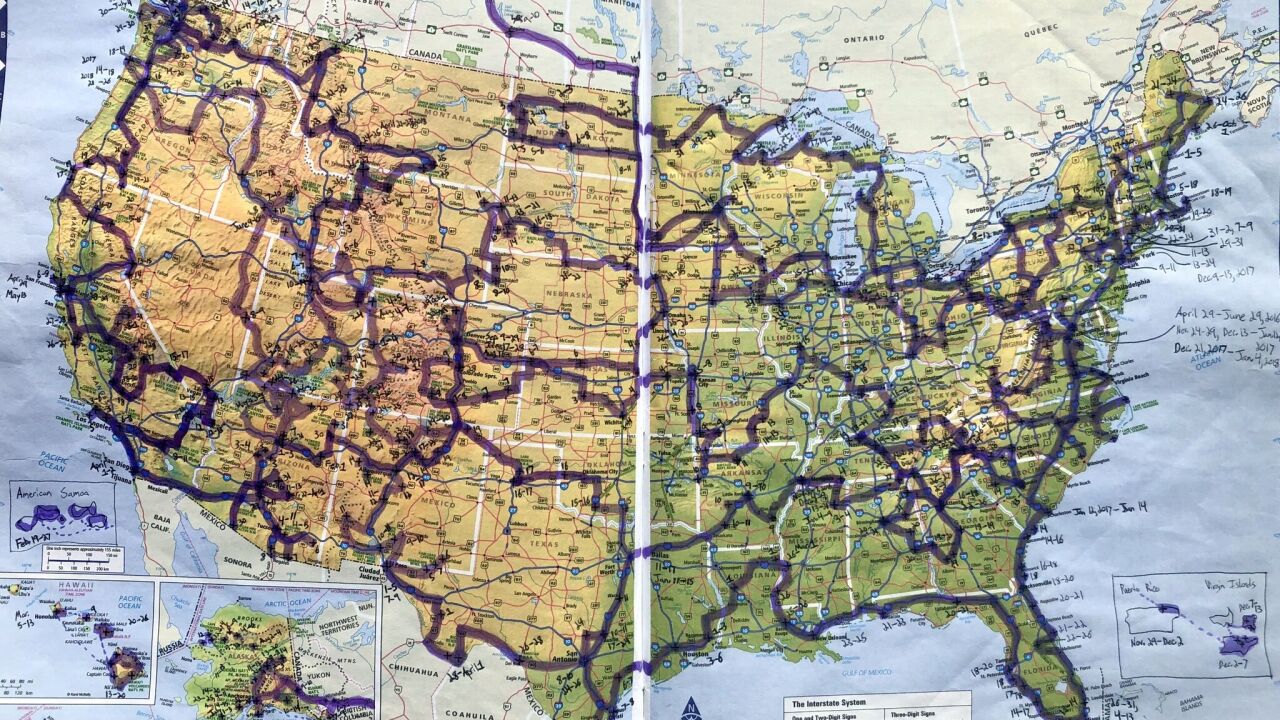 OMAHA, Neb. (KMTV) — Lincoln native Mikah Meyer will soon become the first to visit all 418 locations of the National Parks System during a consecutive road trip.

He's snorkeled in the Virgin Islands, trekked through the Everglades and posed by Mount Rushmore, documenting it all for his 70,000 Instagram followers. By the time the 3-year project is done, he will have traveled approximately 200,000 total miles.

In 2016, Meyer gave up his jobs and a home in Washington, D.C. He bought a van and starting planning a trip to all 418 National Park Service sites -- being the youngest traveler to do so, and likely the only to do it in one continuous trip.

The trip was inspired by the death of his father, Larry Meyer, longtime pastor at UNL's Lutheran Student Center. Meyer's father was only 58, passing away before he could enjoy the freedom retirement would bring.

In churches and colleges along the way, Meyer, who is openly gay, sings and holds sermons -- sharing messages of LGBT acceptance from the pulpit. Meyer also incorporates LGBT outreach into his travel posts on social media, where individuals have supported his project financially.

Meyer's three-year journey will wrap up on April 29 when he returns to Washington D.C. This date will mark the 14th anniversary of his father's death.

Monday, Meyer will host a "National Parks Cabaret" in Lincoln. The event will be held at St. Paul Methodist Church, beginning at 6:30pm with a pre-show, followed by a concert at 7pm.