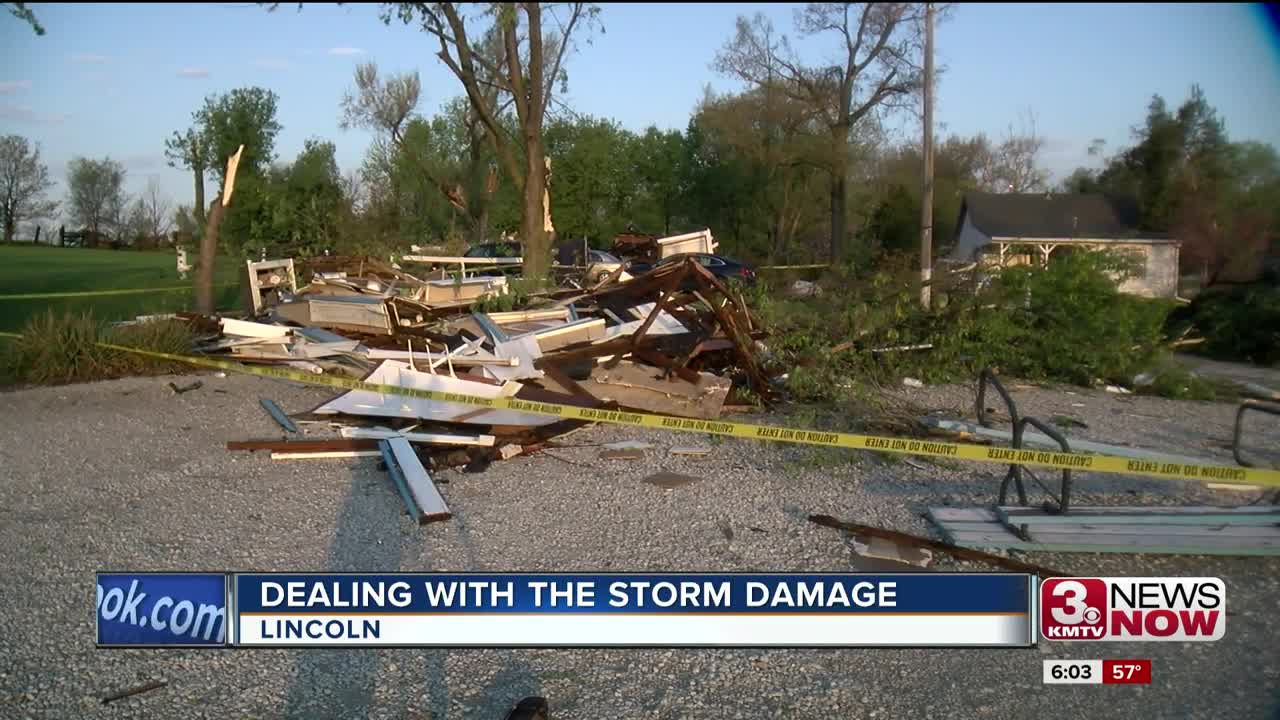 Tornado leaves a path of destruction in Lincoln, Nebraska.

LINCOLN, Neb. (KMTV) — The storm ended quickly, but those cleaning up still have a long way to go. Today we took a look at one ice cream shop looking to rebuild.

It’s been a Lincoln favorite for 40 years.

“During the summer season, this is one of the normal ice cream stops and everybody enjoys it,” says resident Marty Morse.

What once used to be an ice cream shop is now a pile of broken wood.

“By the time I got to the white fence, I saw a lot of rotation in the clouds, then I could hear the sirens really faintly off in the distance.”

On Sunday night, during the storm, her mother Chris was serving up meals.

“I know it’s funny, she’s like, ‘I gotta do this cheeseburger.’ This guy and I was like forget the cheeseburger...I think I used different words, and I said let’s go,” she says.

They rode out the storm in a nearby house’s cellar, while another family did in a truck.

The Dairy Sweet family says the storm passed within minutes but left behind weeks of cleanup from the disaster. Now they’re left cleaning up 40 years of memories.

Lincoln saw the most destruction on the west side of town, while other area businesses saw minor damage...even those close by.

“Across the street is a landmark restaurant and they have some damage but this is total destruction,” says Marty Morse. “I’m thankful no one was hurt or killed.”