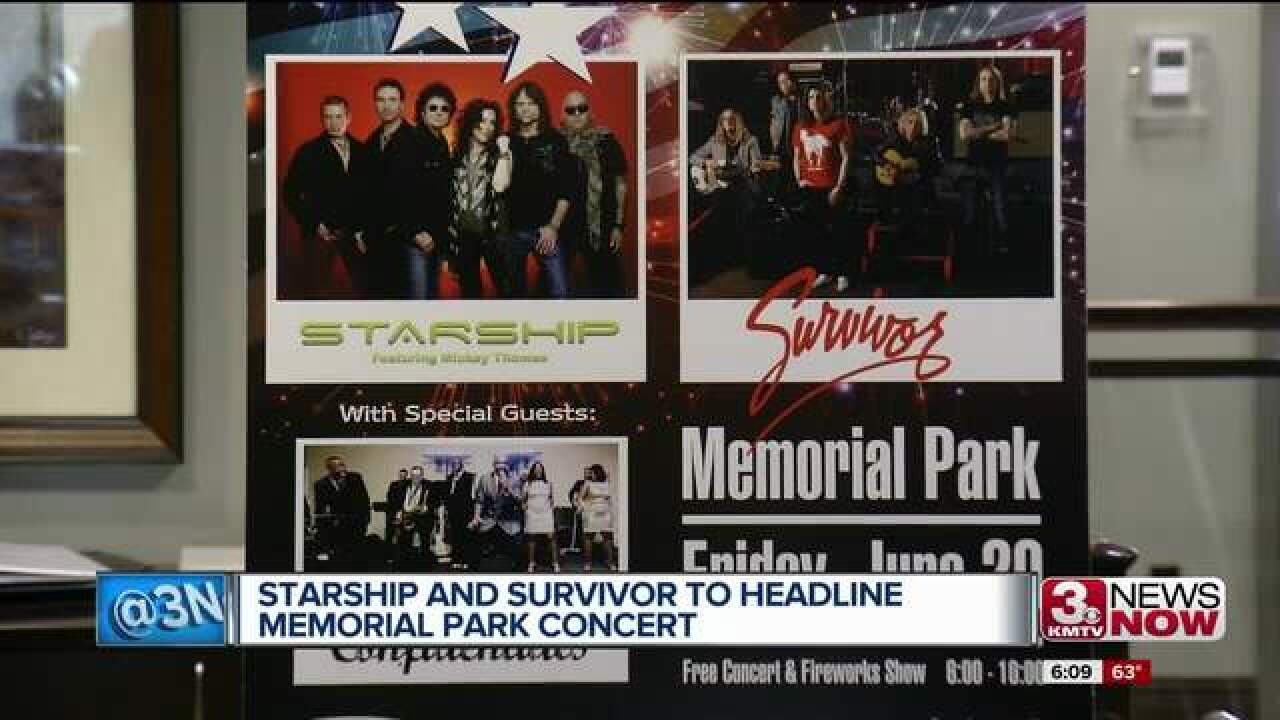 There's been a big change to the lineup for Friday's Metro Credit Union Celebrates America concert in Memorial Park.

Due to unforseen circumstances, Survivor will not be able to perform.  Taking their place will be BOSTYX featuring David Victor.  Victor is the former lead singer/guitarist for the legendary multi-platinum band Boston.  Omaha's own The Confidentials will open the show, with Starship featuring Mickey Thomas wrapping up the free concert which begins at 6 p.m..

People will begin setting up blankets to reserve their spots at 5 a-m. Omaha Police will be out in force at Memorial Park tomorrow,  as tens of thousands are expected to attend the show. Some streets in the neighborhood around the park will be closed to traffic.

MUD says it will have trucks with free water for the crowd at tomorrow's concert.