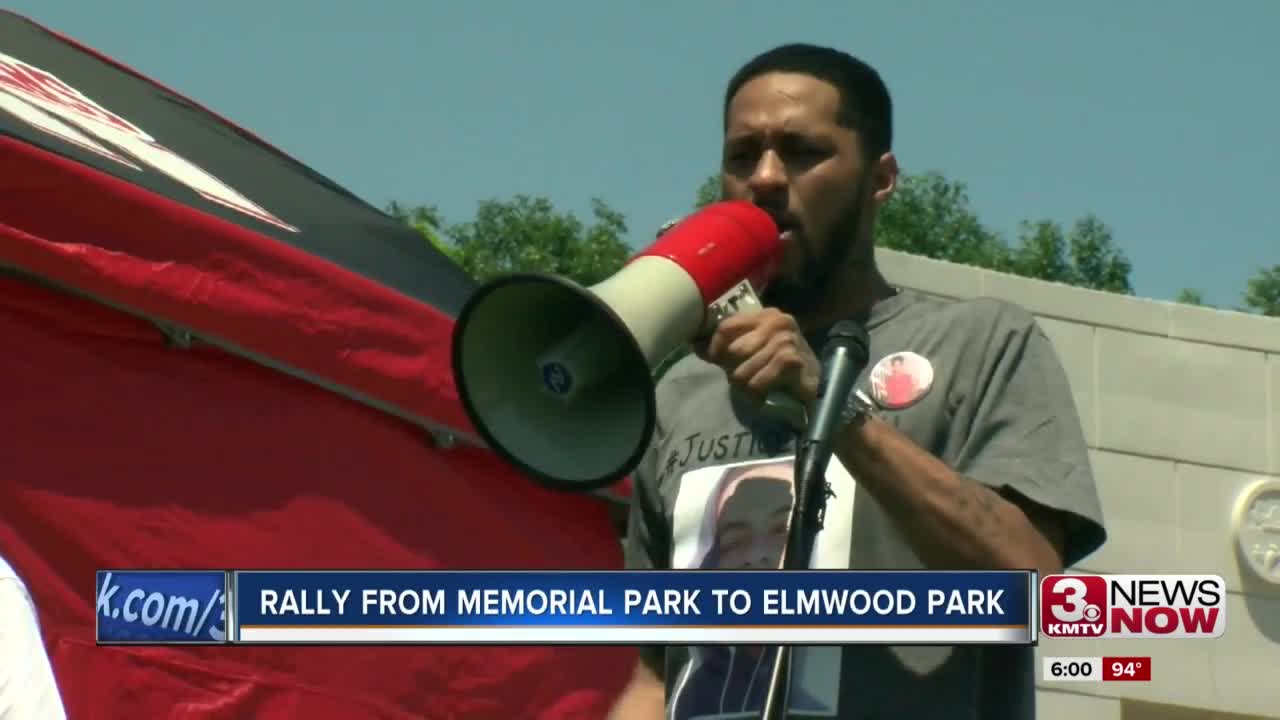 How the family of James Scurlock, local community leaders and others honored the man who died during last weekend's protests. Plus, the change they're demanding.

OMAHA, Neb. (KMTV) — A rally Friday afternoon celebrated a life taken too soon and focused on sending a message about putting an end to injustice.

Hundreds of people came together at Memorial Park then marched to nearby Elmwood Park.

They crossed the Dodge Street Pedestrian Bridge with a single message: it’s time to end racism and racial inequality.

The 16-year-old organizer, Elise Smith, says they're tired of not speaking up.

"Nothing can change unless we decide to change it,” she said. “We can't sit idly by and wait for someone else to speak up. We have to be those people and others will follow."

Doctor Ali Kahn, UNMC’s Dean of the College of Public Health told white people to do the work that makes them uncomfortable such as learn about racism, read, watch, listen, and take a stand.

"I can share their rage, their rage of 400 years of failure to create a just and equal society," he said.

“I think it's just so important we do get out and express our anger and frustration because we should be angry and frustrated but doing so in a peaceful fashion is so important...that's obviously what's happening here today,” Festersen said.

The family of James Scurlock released balloons in his memory. His brother Nick asked for peace.

"I miss the guy with all my heart, he had a heart of gold. All these people did and we just need to come together as a community as you see right here and just really, speak out and just stop the hatred and stuff," Nick Scurlock said.