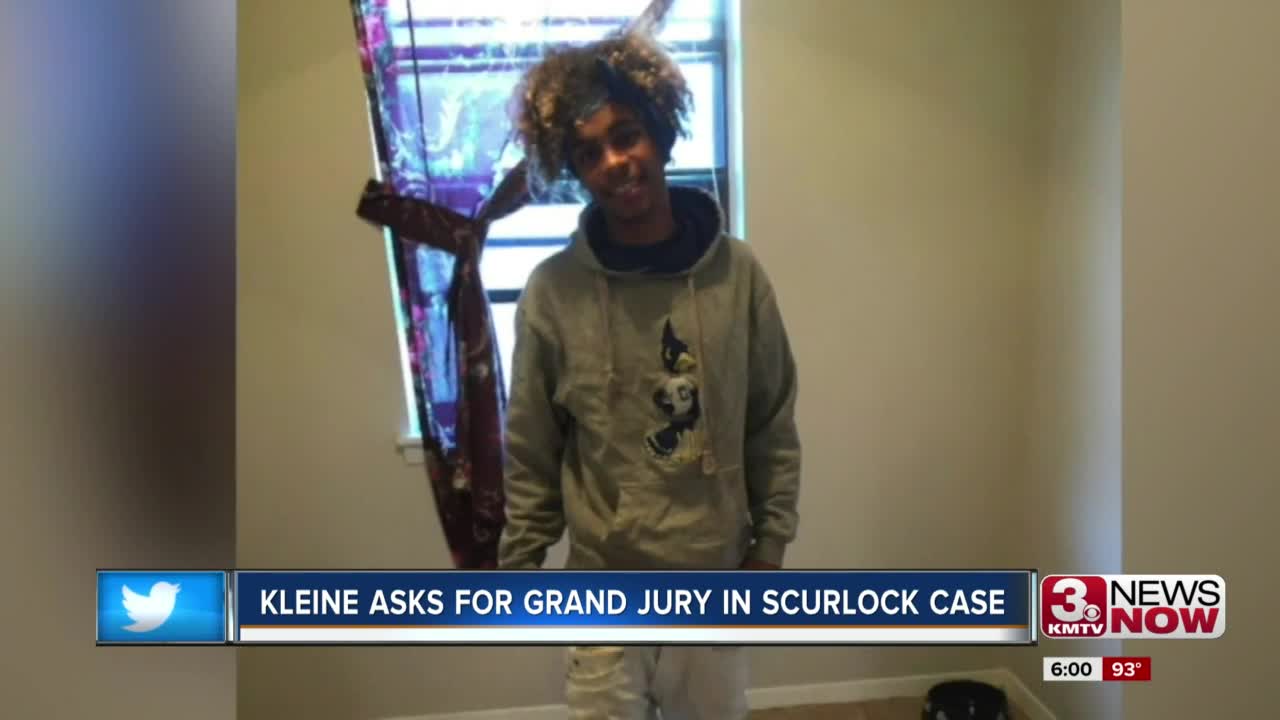 OMAHA, Neb. (KMTV) — Douglas County Attorney Don Kleine announced there would be a grand jury investigation into the shooting death of James Scurlock.

The 22-year-old was fatally shot during Saturday's George Floyd protests in the Old Market. Surveillance video shows Gatsby Bar owner Jake Gardner in a confrontation with protesters when he’s backing up and flashes a gun. Two people jump on him, and he fires a two shots. Then Scurlock gets on his back and Gardner shoots him, killing him.

Kleine originally announced on Monday that there would be no charges against Gardner, citing self defense.

Kleine said he stands by his initial decision and wouldn't change it based on what is currently known. Nevertheless, he said he will petition a grand jury to look at the evidence in the case. He said these are rare times and believes in transparency.

“I certainly believe in transparency and I have no problem with any oversight about decisions that we’ve made," Kleine said.

Due to the coronavirus pandemic, Kleine said it could take some time to get a grand jury together.

Scurlock's father, James Scurlock II, spoke Wednesday afternoon, thanking Kleine and the community. He says the family has a long road ahead.

"I understand the pressures on everybody from the judicial board to the community," Scurlock II said.

Justin Wayne, the Scurlock family attorney, also spoke after Kleine's announcement. Wayne said the community has to have faith in the special prosecutor assigned to the case and that a grand jury is “most secret and sacred process in judicial system.”

Wayne urged that any evidence from the night of the shooting is important and said more evidence can still lead to charges through Kleine’s office.

Those who are uncomfortable with calling the police should e-mail info@justinwaynelaw.com and Wayne will forward evidence to investigators.

He added that the property owner of The Gatsby, who has nothing to do with the shooting, has been getting threats.

Additionally, Wayne said the Scurlock family has been threatened, and police are more frequently patrolling the area of their home.

Wayne says any evidence from that night is important, even if the person thinks it isn’t. He says more evidence can still lead to charges through Kleine’s office.

Uncomfortable to call police? Wayne says email info@justinwaynelaw.com. He says they will forward to investigators

Justin Wayne, attorney for #JamesScurlock’s family, says a grand jury is the “most secret and sacred process in judicial system.”

He says the community has to have faith in a special prosecutor assigned to this. pic.twitter.com/YhtM9KanRy

“Long road ahead of us”
Father of #JamesScurlock

Douglas Co. Attorney Don Kleine on #JamesScurlock case:
"I listen"
He says he would not change decision based on what we know today.
He says he was elected to make decision and is not wavering on his decision.

Douglas County Attorney Don Kleine will petition a grand jury to look at the evidence in the #JamesScurlock case.

"welcome and support the calling of a grand jury to review the case in this rare instance."

Acknowledges these are unique times, says he believes in transparency

The Scurlock family attorney Justin Wayne was asking for this, and now it appears they'll be getting it. https://t.co/uZzwjdQ1iB

Kleine says it could take a bit to convene one because of COVID-19 https://t.co/MjZd9kzE01