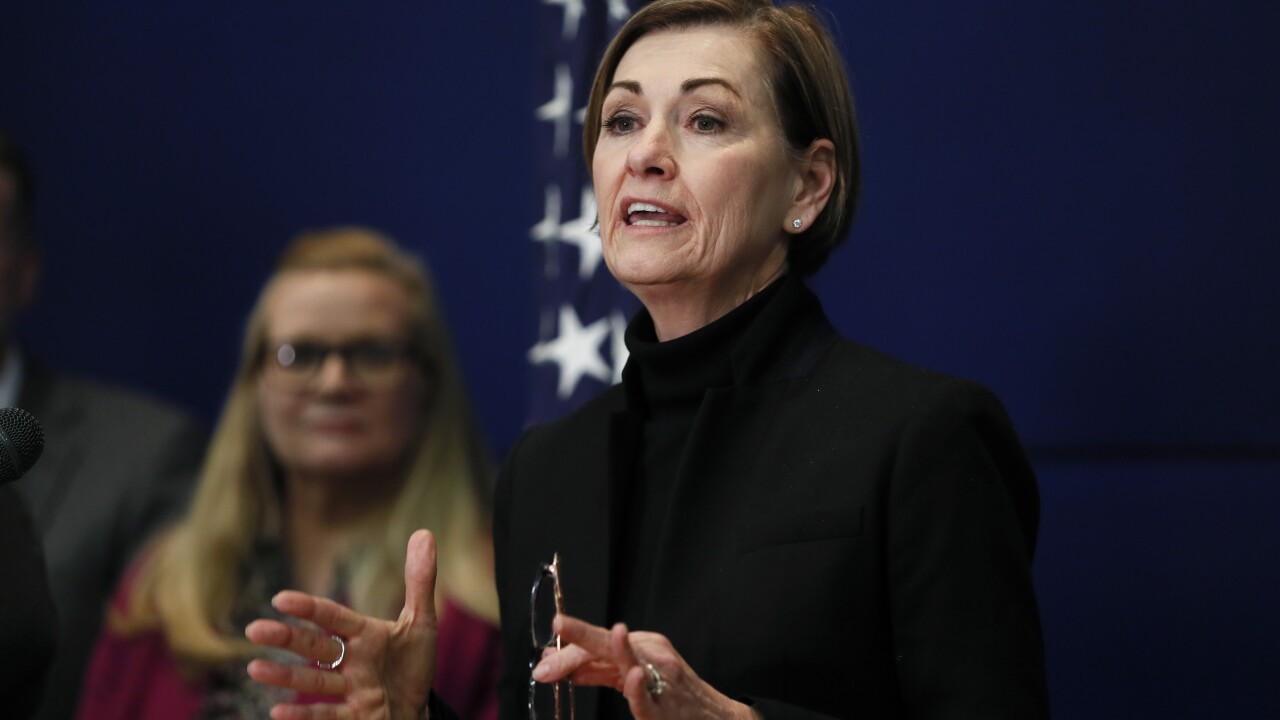 Reynolds started things off by talking about and signing a new bill that is designed to loosen professional licensing restrictions.

Iowa House Bill 2627 will allow people who have professional licenses in other states, provided they are in good standing and met certain requirements, to go through fewer hoops in getting licensed in Iowa. It also allows waiving fees for low-income applicants who may have trouble raising necessary funds.

Under the bill, a person’s criminal history may play a part in denying their application.

For more on how House Bill 2627 will ease restrictions, click here to read a full copy of it.

Reynolds also talked about the state's ongoing battle against the coronavirus.

She said the state hit an important milestone this week after surpassing its goal of administering at least 3,000 tests a day through the TestIowa program. On Tuesday, 3,590 people were tested. On Wednesday, 3,586 were tested.

The governor said the state's overall positivity rate has remained below ten percent the last two days. Tuesday's rate was at 9.9 percent and Thursday's is at 9.8 percent.

Among those who tested positive, the governor provided the following breakdown by age group:

When asked if Reynolds had any plans to impose restrictions on college football games this year, the governor said she will leave that up to regents across the state.