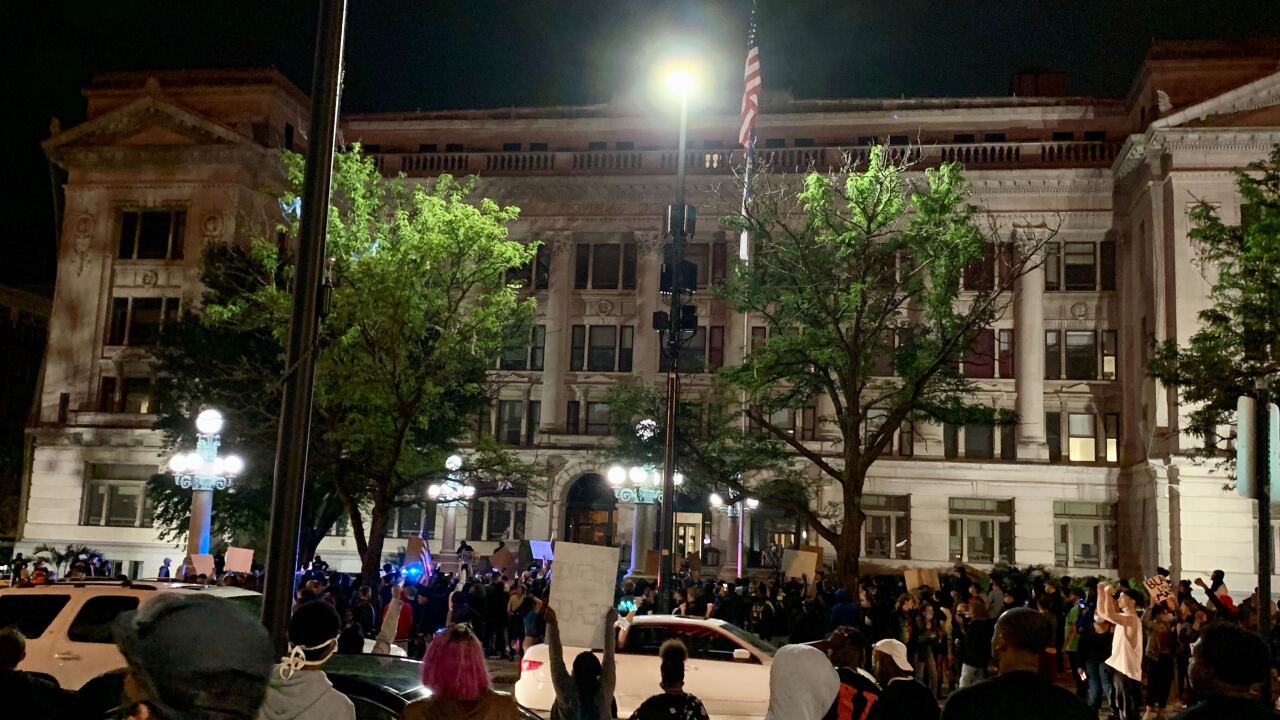 OMAHA, Neb. (KMTV) — Omaha Mayor Jean Stothert announced a curfew will be imposed within city limits from 8 p.m. to 6 a.m. for 72 hours in response to increasing criminal activity associated with protests.

The protests were intended to be peaceful in response to the in-custody death of George Floyd, but grew tense and violent Saturday.

Various buildings downtown were vandalized and a 22-year-old man was shot near 12th and Harney Streets. He later died.

According to a proclamation from Mayor Stothert, no person should be in any public street, avenue, boulevard, sidewalk, alley, park or other public place.

No gatherings in excess of 25 people can occur in any public area outside except for those who are awaiting transportation, engaging in recreational activities at a typical place, or peacefully entering or leaving buildings.

The order doesn't apply to law enforcement, fire and medical personnel, members of the media, those traveling to and from work, those providing emergency medical care, homeless people, or others authorized by the City of Omaha, Nebraska State Patrol or Nebraska National Guard.

Violation of the order is a misdemeanor offense punishable by a fine "not to exceed $500 or by imprisonment not to exceed 6 months, or both such fine and imprisonment," according to the proclamation.

Officials will determine if things are safe to resume as normal after the 72 hours of curfew are up.

Additionally, Chief Schmaderer announced the National Guard will be mobilized to help police.

Chief Schmaderer says 51 arrests were made Saturday night during the protests, which started at 72nd and Dodge for the second night in a row before moving downtown.

Most of those arrested were white males.

Protests grew in size throughout the night from approximately 500 to thousands.

Volunteers worked to clean up damage downtown on Sunday, which included graffiti and shattered glass.