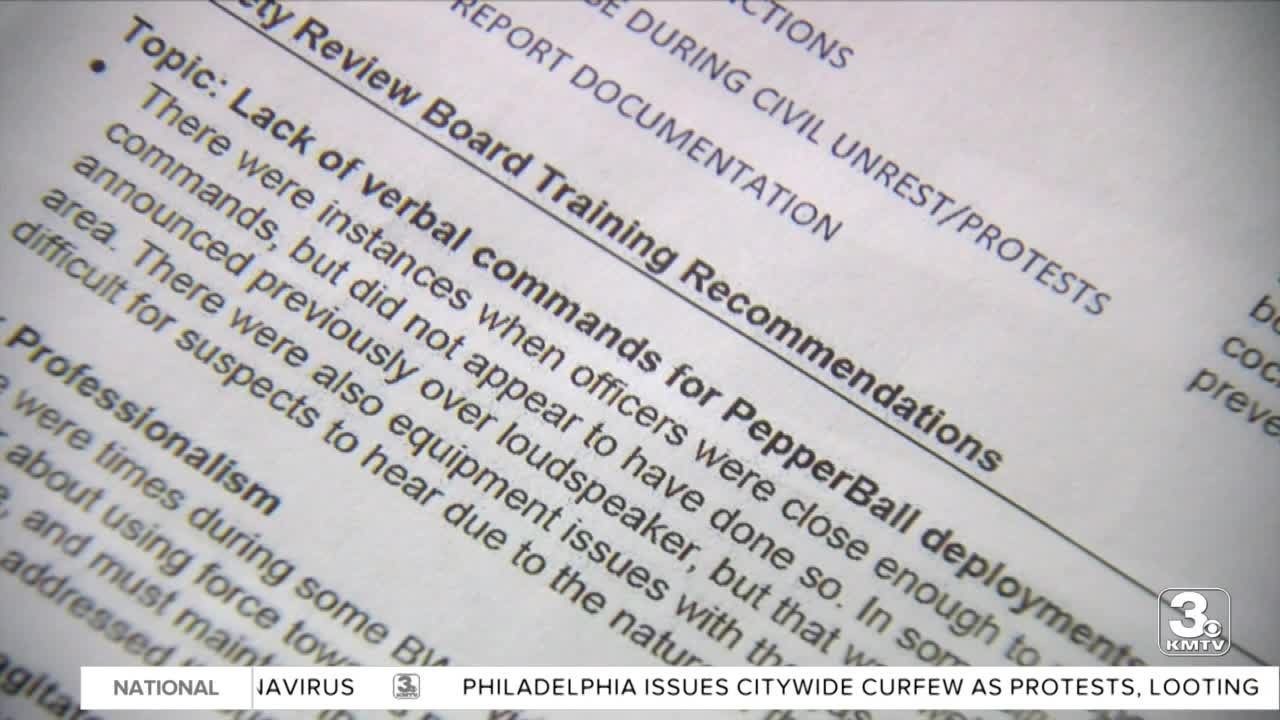 OPD announced improvements to training. It said it found three improper use of force incidents

The report says all but three of 123 use of force incidents reviewed were within OPD policy.

One officer was terminated for improper use of force during the protests. The incident was brought forward when officers were reviewing body camera video, Schmaderer said.

Two protesters reported injures to the department, but Schmaderer said there were likely several more that went unreported. Officers sustained only minor injuries.

The full report is below.