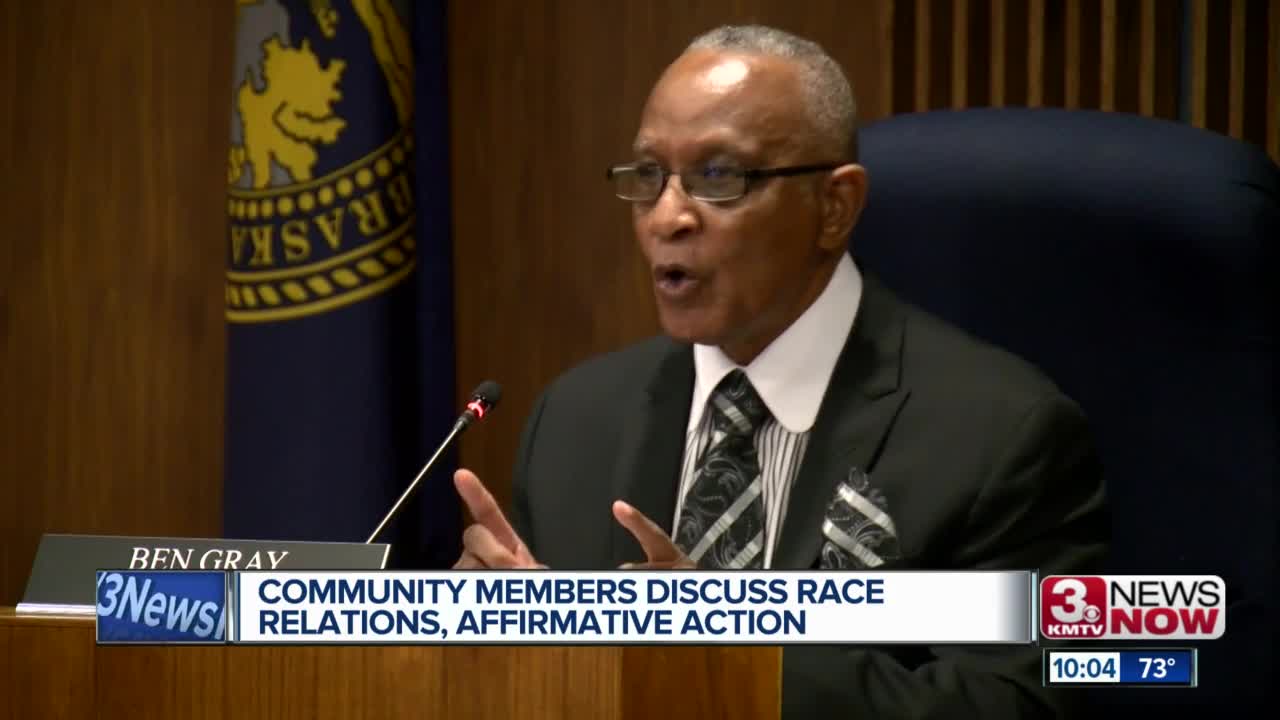 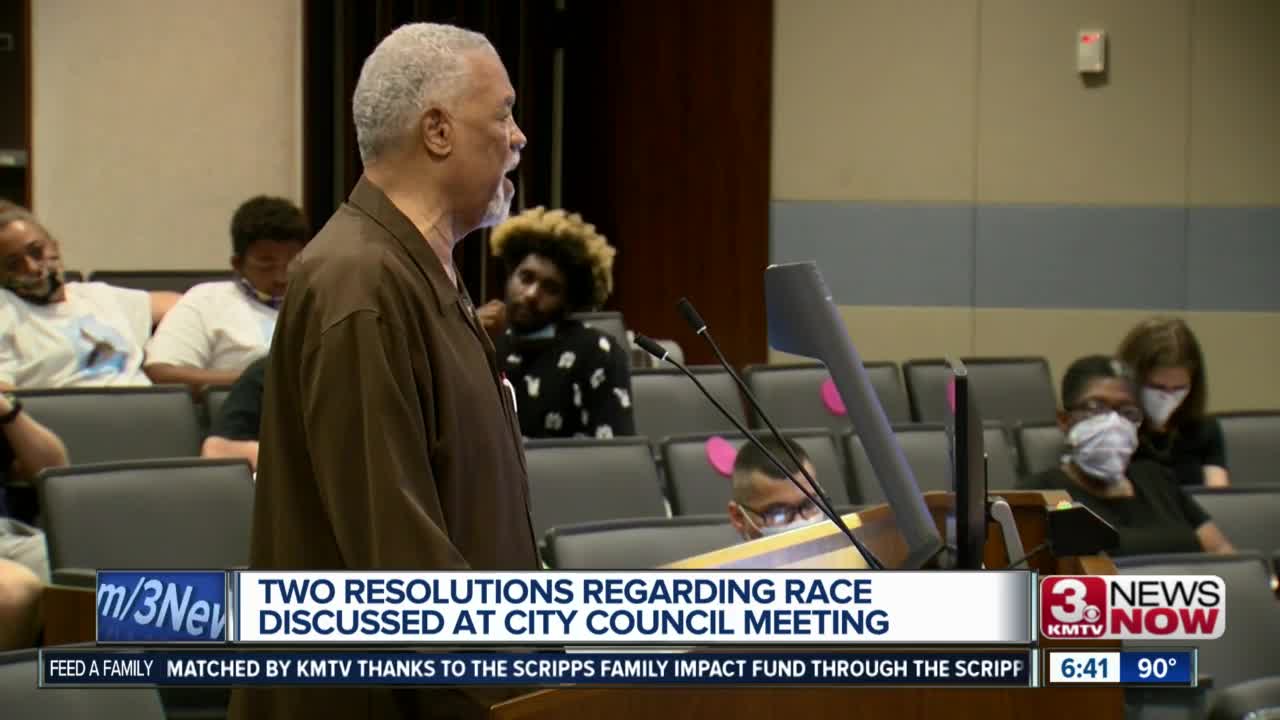 Two specific resolutions were discussed and many community members spoke in support of both.

"Today ladies and gentlemen, we are going to have a conversation about racism," Council member Ben Gray said.

It was a first of its kind public forum as citizens discussed racial issues at the meeting.

"While I appreciate the Omaha Police Department, I feel that a systematic change is overdue," Citizen Shaekell Butler said. "I believe that this is possible through more education and training specifically in psychology and dismantling racial bias."

Jasmine Harris, a director at RISE, says city leaders must not only listen, but be willing to do the work.

"Reach out to us to attend meaningful, strategic planning meetings that will result in action steps," Harris said. "Thank you for this platform, but let's do this in a setting where action versus time limited conversations are the end goal."

The conversations didn't end there.

Councilmen Ben Gray introduced a resolution asking the council to urge Nebraska lawmakers to put affirmative action on the ballot.

The state banned affirmative action in 2008.

"I'm here to support the resolution to repeal the ban on affirmative action because there's a very strong possibility that I would not have even been hired as a police officer if not for an affirmative action," Urban League President and former Omaha Police Cheif Thomas Warren said.

"The fire department as we know was established in 1860 and I am one of two Black females currently standing," Glover said. "I was told by a fire captain once early in my career that because I was Black I would have to work 10 times harder than everyone else and I still wouldn't be on the same playing field."

But, for many in the older generation, like community activist and college professor Preston Love, it's a discussion that's all too familiar.

"I need you to know that I'm tired of standing before boards and commissions and people talking about the same things over and over," Love said.

"We have to understand that we have an obligation to each other," Gray said. "To correct the wrongs that have been done in this community for centuries.

Reporter Sydney Gray will have more at 10 p.m.

See tweets from the meeting below.

Larry Store comes back to the podium - he OPPOSES the resolution to support efforts to repeal the ban on affirmative action.

Candice Price is another proponent of the resolution.
She says anyone over the age of 15 should understand affirmative action.

She says her daughter had just a handful of Black teachers in OPS.

An OPS grad speaks in support of the resolution because she says she wants to see more teachers and counselors of color within the Omaha public school district.

Dombeck says affirmative action is not preferential treatment. She shouts out her professor, Preston Love, who's been a long-time leader in the Black community in Omaha.

He's a proponent of affirmative action being placed back on the ballot, because often times people don't know the opportunities in front of them, if they're not exposed to them. Says its important to broaden the pool of opportunity.

Snipe says as a nation we've come a long way when it comes to being inclusive, but our work is far from done.

She says it's important to continue giving EVERYONE a fair shot. She asks, why not let Omaha set a positive example?

@3NewsNowOmaha
NOW TO ITEM 9 - REPEALING THE BAN ON AFFIRMATIVE ACTION.

Heather F now speaking (Jamal is her son who spoke earlier), she's a proponent of the resolution. She says there should be more African American teachers in the city. Says her son has a target on his back because of the color of his skin.

Lionel Quinn comes back to the podium - He says 3-5 minutes is not enough time to speak on years of oppression. Asks that the council get in the community & listen and actually make change.

protests and told them to "get a job". She says water bottles and beer cans were thrown at them during protests.

She says women cried to them about "their peace being disturbed", as they demanded Justice for James, O'conner said.

Luis Jimenez says he's supporting the resolution, but says there are a lot of conversations that need to be happening outside of the city council meeting.

Jasmine Harris (director @ RISE) - Says we must look at the institutional racism in order to move forward. She speaks on the covert racism she's experienced here in Omaha. Says it's time for action, versus time limited conversations.

Andre Williams address the council. Says its going to take small steps to eradicate racism. He says its human nature for people to divide themselves, and it's time for that to end.

Jamal Hunter now speaking. Says he began protesting with his mother in May. Says he's been taunted by officers while protesting & that his mother was hit in the back by an officer. He mentions running into $JamesScurlock - he says James thanked him for standing up for injustice.

Lionel Quinn is speaking first. He asks audience, "how many of you would like to see an end to racism?"