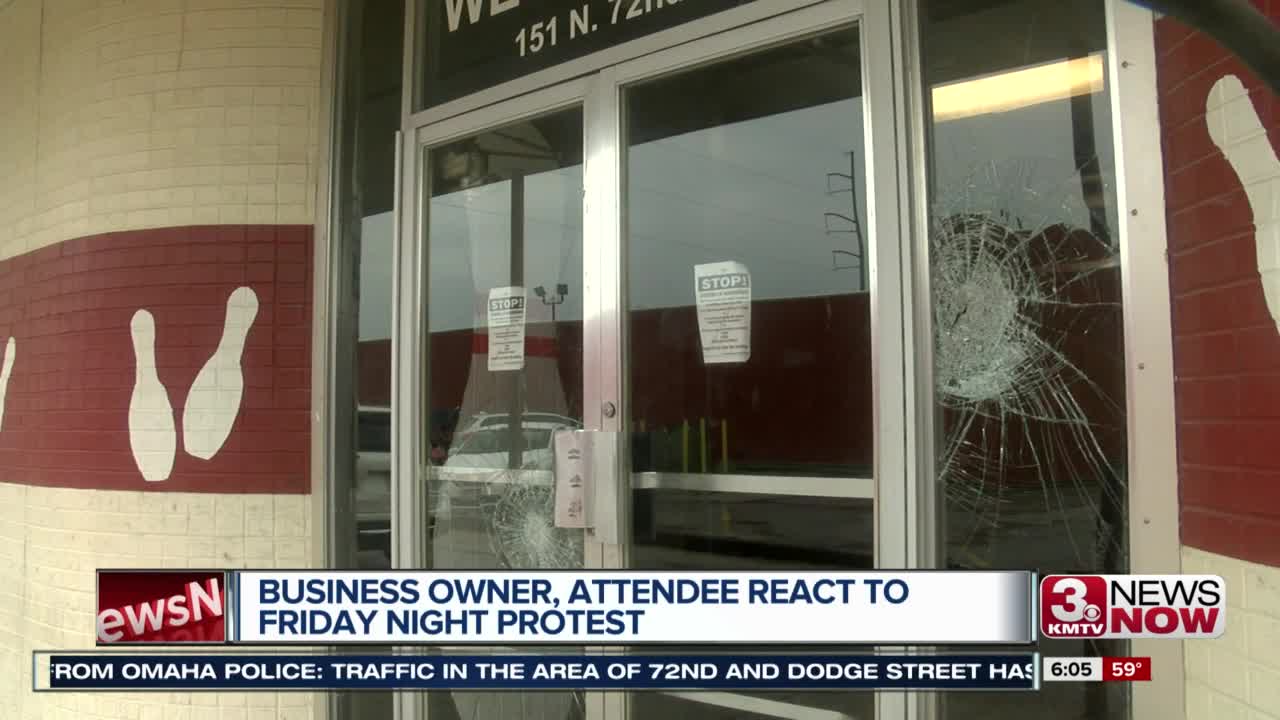 OMAHA, Neb. (KMTV) — A press conference was held Omaha Police Headquarters on Saturday afternoon after a Friday protest at 72nd and Dodge St led to 21 arrests.

The protest, which was intended to be peaceful, was in response to the in-custody death of George Floyd in Minneapolis.

Mayor Stothert stressed that while she values the constitutional rights to be able to assemble peacefully, what happened Friday night as it turned violent didn't honor George Floyd.

"When incidents like this happen, we have a job to do and we'll do it very well," said Mayor Stothert.

Chief Schmaderer noted that Omaha has made great strides towards crime reduction and bettering community relationships in the past, recognizing that "seeing a police officer in uniform evokes a lot of emotions for many."

Mayor Stothert and Chief Schmaderer were in constant communication all night. He asked the mayor not to come to the protest as it became unsafe.

About an hour later, things started to escalate with rocks and bottles being thrown at authorities. A Nebraska State Patrol cruiser was surrounded by people with some climbing on top. Chief Schmaderer said authorities started trying to restore order at that point.

By 8:20 p.m., the Rapid Deployment Force was staged in the area and was deployed for the next six hours. Pepper balls and tear gas were deployed.

Around 10:00 p.m., there was an attempted breach of the Target store nearby.

Authorities then worked to secure the area to prevent further property damage. Twelve businesses were damaged, according to a canvas done by Omaha Police.

Police gained control of the situation around 2 a.m.

According to Chief Schmaderer, over 1,000 people were estimated to have attended the protest.

Twenty-one people were arrested on various charges. Of the arrests, 16 individuals were white, three were black and two were Hispanic.

Twelve police cruisers were damaged. Chief Schmaderer said one cruiser had the word "ISIS" carved into it.

One civilian injury was reported and two officers were injured.