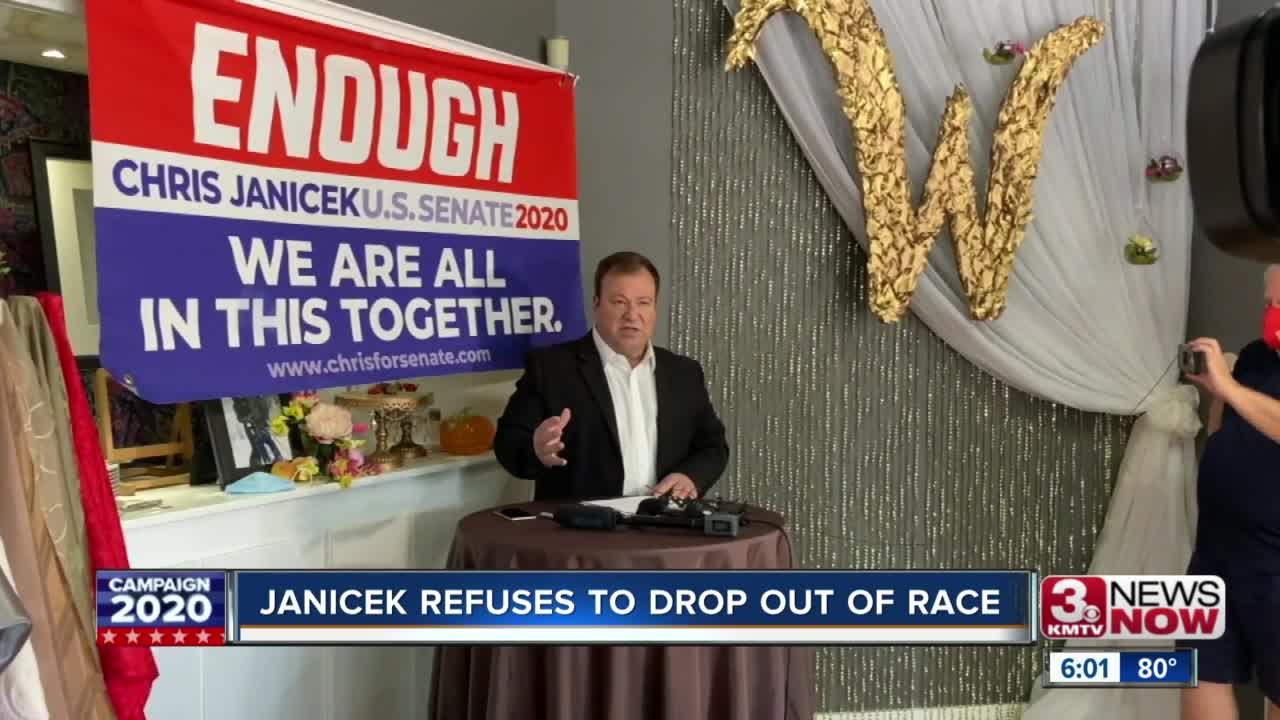 The Nebraska Democratic Party had called on Janicek to step down from his nomination after word came out of inappropriate text messages he directed at a campaign staffer.

But Janicek said on Monday that he believes he's the best chance for Democrats to beat incumbent Republican Sen. Ben Sasse.

“I’m not resigning, that was the whole reason for this press conference," says Janicek.

Janicek said he believes that those in western Nebraska will vote for him and President Donald Trump. He also said many people on both sides of the aisle have expressed support for him.

“Oh, the Democrats want me and the Republicans want me. You’re listening to a few people in a bubble that say they don’t want me," says Janicek.

Janicek acknowledged the text messages were wrong and inappropriate but added that he has done a lot in the community for women.

"I’ve apologized and I’ve owned what I’ve done. My apology is sincere and I’ve let them know that it’s not an intentional thing, and I’ve reached out to several women and I've reached out to the women’s center to do volunteer work," says Janicek.

Janicek said he was never close to dropping out. If he did drop out, Nebraska Democrats were pushing to get Alisha Shelton on the ballot.

“I’m sure she may have a career someday in politics but 2020 is not it," says Janicek.

Janicek faced a deadline of 5 p.m. Tuesday to exit the race.