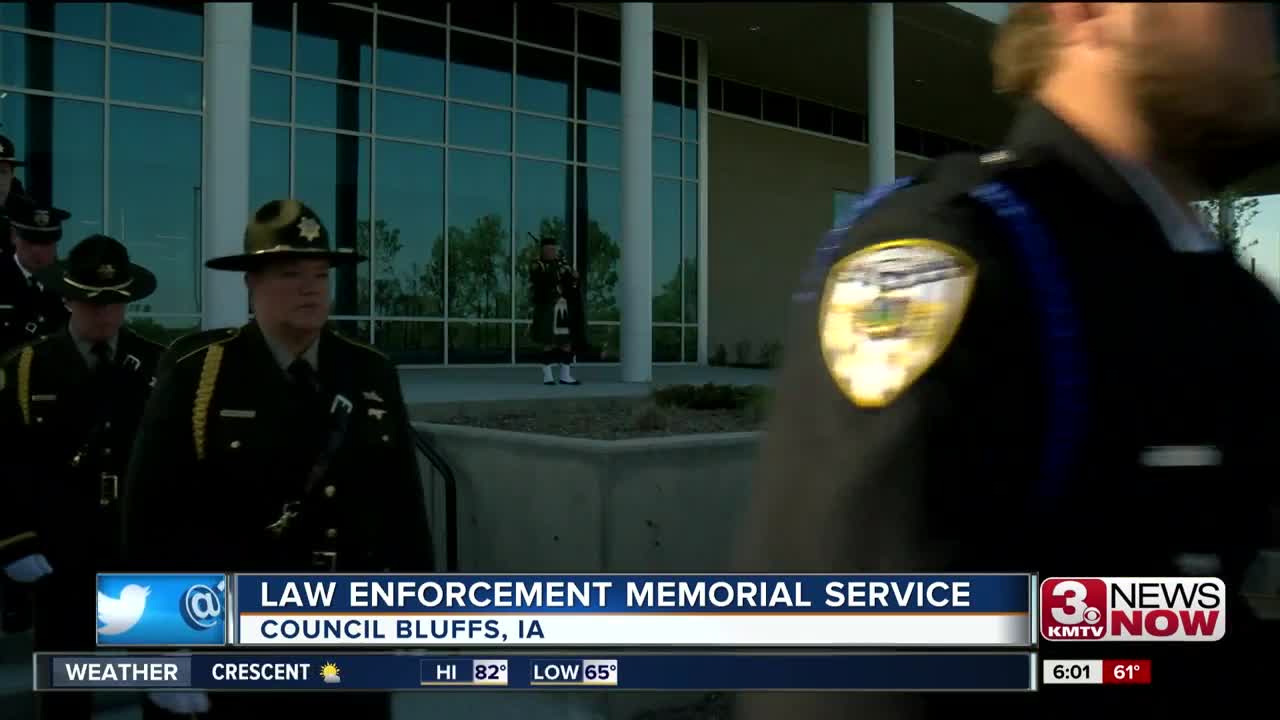 Law enforcement all over the area are being honored this week.

OMAHA, Neb. (KMTV) — If you see flags at half staff today, it's for a different kind of honor.

Flags around Nebraska will be flying at half staff in honor of Peace Officers Memorial Day. Omaha Police, Douglas County deputies, and other area law enforcement will mark that day with a special service at the Douglas County Sheriff's Office.

The memorial starts at 11 o'clock this morning, and honors all area officers, current and retired.

These events are all part of National Police Memorial Week. On Tuesday, Police officers, deputies, and state troopers were honored in Council Bluffs. The ceremony included a wreath laying and gun salute as speakers talked about the importance of public support.

"In our community, we have great support of our local law enforcement," said Leria Bray, Police Advisory Board member. "I think it's really important to support them during this week to recognize the men and women who've paid the ultimate sacrifice serving and protecting us."

Over in Waterloo, three officers and the Police Chief were honored for their extra work in helping the Nebraska village deal with March's floods. All four worked overtime after a levee breach caused unexpected water to flow into Waterloo. Roads were cut off into and out of town as a result.