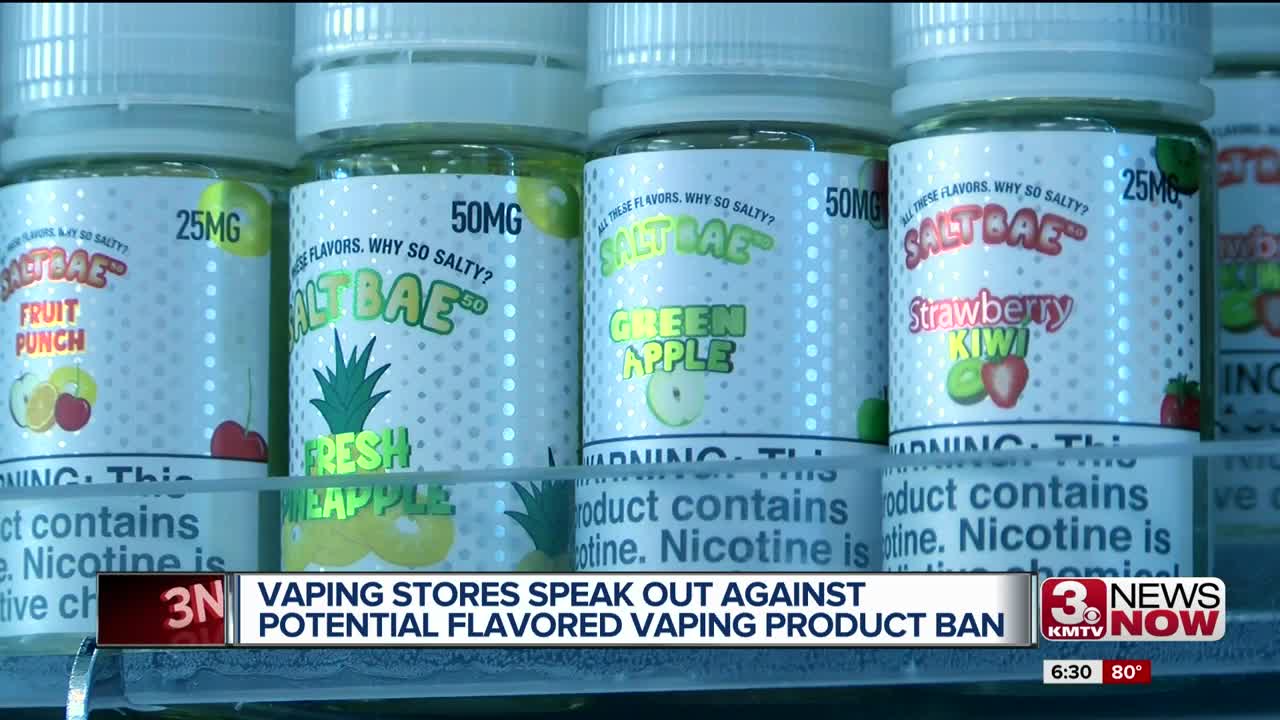 OMAHA, Neb. (KMTV) — On Wednesday, President Trump announced the White House may ban flavored vaping products. This comes after recent deaths and illnesses linked to vaping, and wanting to discourage teens from using them. However, vaping stores say banning those products will impact many people who use them to quit smoking and impact their business.

Flavored vaping juice comes in many different flavors. "A lot of the interest in vaping is getting away from the nasty habit of cigarettes but it's also better tasting," says Mike Martinez, owner of Leavenworth Coughy. Martinez is concerned about that ban recently suggested by the White House. "It would have a huge impact on our business, (the vaping juice) is one of our most popular products in here,' says Martinez.

Another local store, Alohma worries about their customers. "I had a gentlemen, two days ago that came in after he heard this news and he said I've done two tours of duty in Afghanistan, and you're telling me my country won't let me vape strawberries," says Tim Bowen of Alohma.

Bowen and Martinez agree the problem with the deaths and illnesses are from people vaping with products you can't buy in stores. "These are cartridges that people are filling up in their garages and basements because in their states they don't have a medical marijuana program. How does banning flavored vape juice fix that issue? It doesn't," says Martinez.

Critics also argue the flavored products are targeted to kids which may introduce them to vaping. For now, it's business as normal for Martinez who hopes the White House looks further into the issue before they decide on a final ban.

If the restrictions go into effect, companies that make flavored products can apply for an exemption to sell them again, but would have to prove a net benefit to public health.