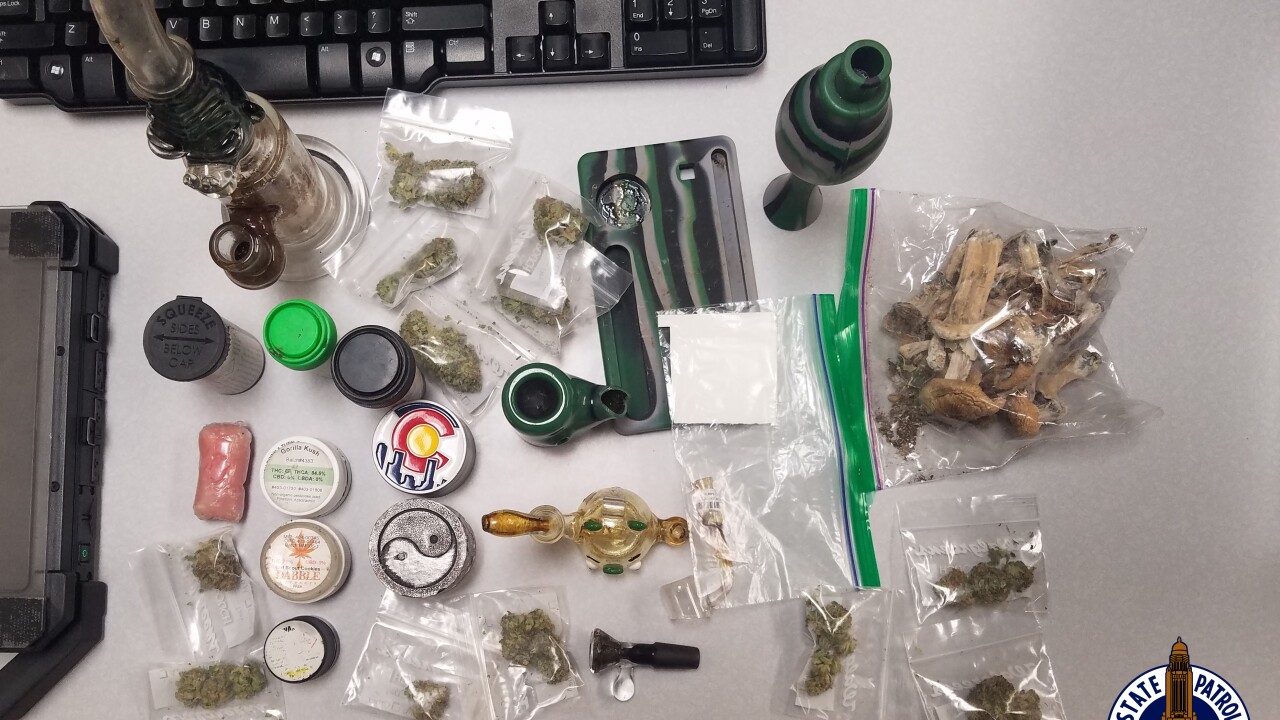 After a search of the vehicle, 82 doses of LSD, 30 grams of psilocybin mushrooms, less than an ounce of marijuana.

At approximately 10 p.m, a trooper observed an eastbound Chevy Silverado 1500 pickup with a missing taillight. During the stop, an officer observed drug paraphernalia plainly visible inside the vehicle.