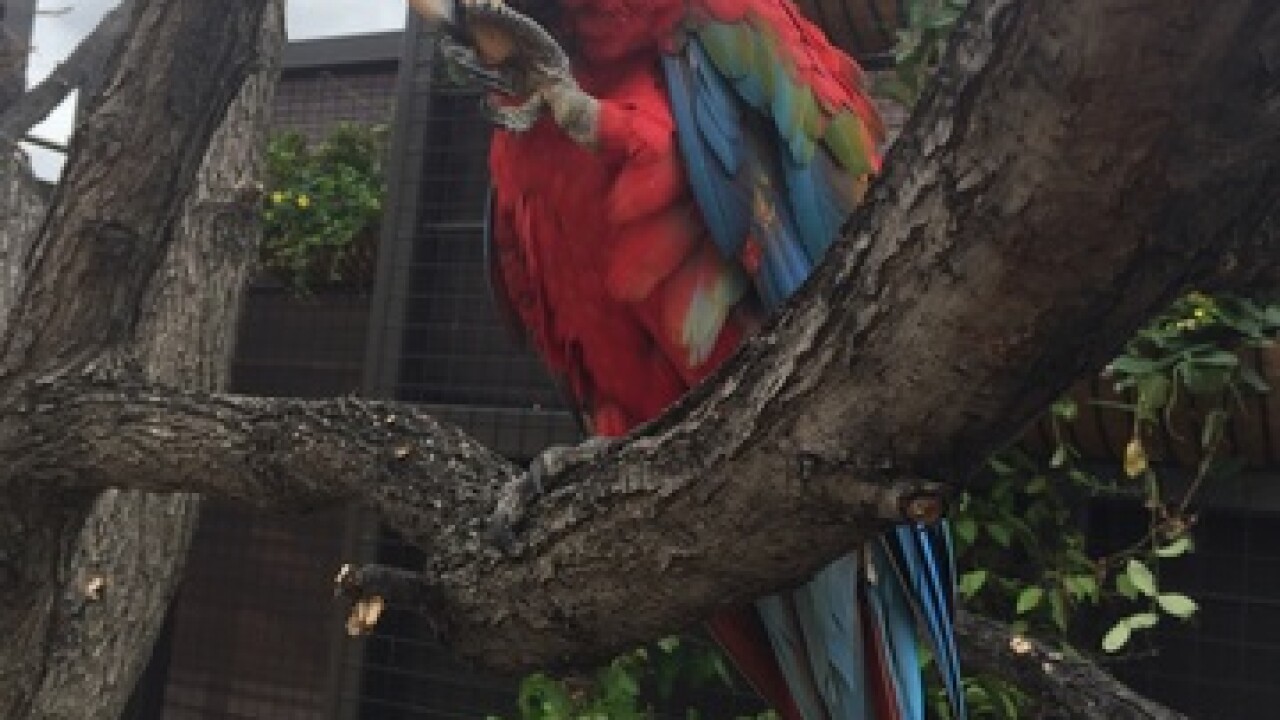 A green winged Macaw escaped Sunday from Omaha's Henry Doorly Zoo and Aquarium after being startled during the Bird's in Flight program at the Zoo’s Meadowlark Theater.

In a press release, the zoo stated, "During the 11 a.m. Birds in Flight program, it appears Cayenne was startled by a blimp flying over the College World Series just north of the Zoo. Cayenne’s trainers believe this was the cause for the flyoff."

The bird was found safely Monday morning  just south of the zoo on 14th Street by zoo employees, they were able to find her with the help of specific tips from the community.

"We were actually noticing some unusual activity from a squirrel," she said. "He seemed really agitated and yelling at something. We started to investigate further and Cayenne flew out of that tree."

Mandi Krebs, a curator at the zoo, said while it is isn't common it is also not unusual to have a free flying bird fly off course.

"There appeared to be a bit of a fear response from her," Krebs said. "She was startled by the blimp that was flying pretty close to the zoo in town for the College World Series. And she went the opposite direction. And she flew a lot further than she normally does into an area she was not familiar with."