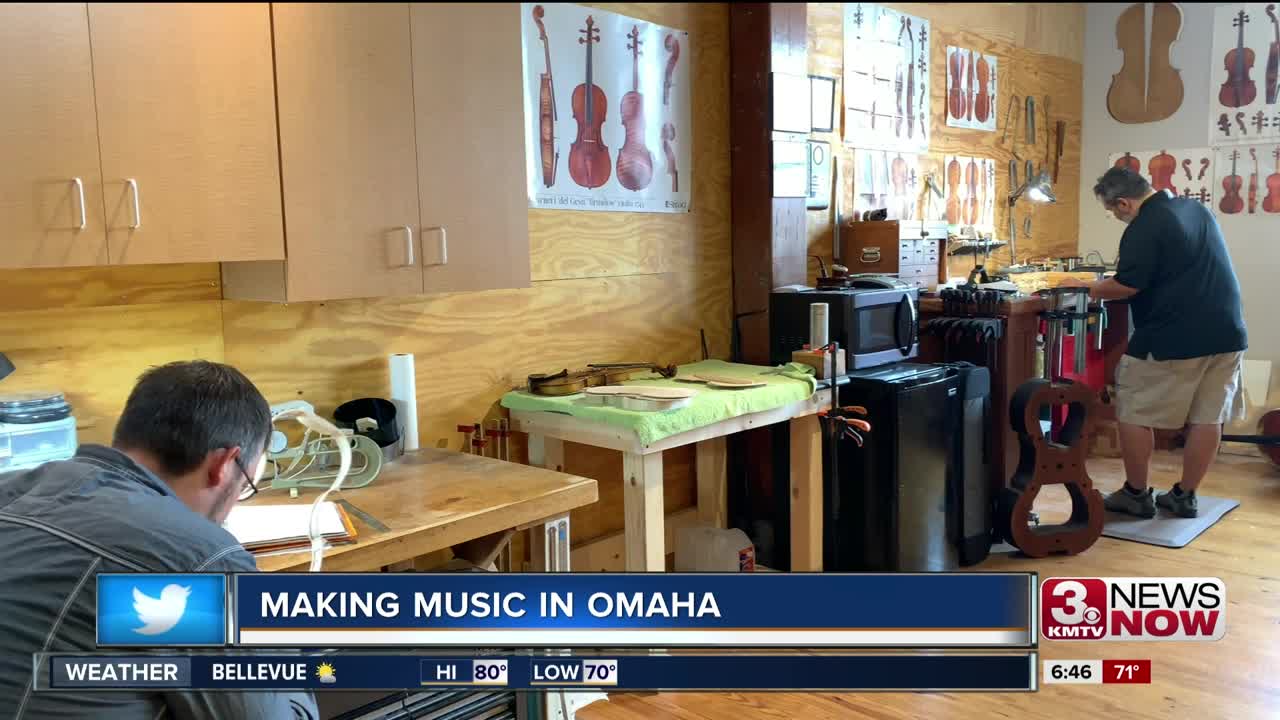 OMAHA, NE — In a building in downtown Omaha is a collection of artist workshops and galleries.
One of those workshops in the Hot Shops Art Center is creating musical art.

Alex Reza and his wife Genevieve own Violins of Omaha. The couple, along with local violin maker Dirk Henry, create violins, violas and cellos.
Reza started making violins after he learned to play while his children were taking violin lessons. He said that he wanted to learn along with his kids. He taught himself how to make violins, and started making a name for himself after winning awards for his hand-made instruments.

"In the violin world a lot of stuff is based on trust," Reza said. "And after awhile you establish, it takes a long time to establish trust in the music community so that they know who they can go to and who is going to take care of them properly."

Reza says people want his instruments because of the quality and the ability to customize them. It is a long process.

"To commission a violin, ideally to let the instrument settle and everything, I like it to be at least three to six months out," Reza said. "If they are here locally we allow them to pick some of the wood. We talk about the model and what they are looking to do, and from there the process of making the instrument takes anywhere from 180 to 240 hours. And then you have the varnishing. So once you’ve varnished the instrument, that’s another week to two week process and then the varnish has to cure."

His musical products can cost anywhere from $400 to several thousand dollars, and are used by professionals around the world as well as students right here in Omaha, like Joseph Zhong, who came in to the shop to play on his hand crafted violin. Joseph's dad, Andy, says commissioning a violin from Reza also comes with care.

"Since he has purchased his violin, Joseph has come here for tune up and maintenance and that really helped a lot," Andy Zhong said.

So, the next time you think about Nebraska, don't just think about cows and corn. Think about concerts and concertos, and the beautiful instruments creating that music, made right here in Omaha.