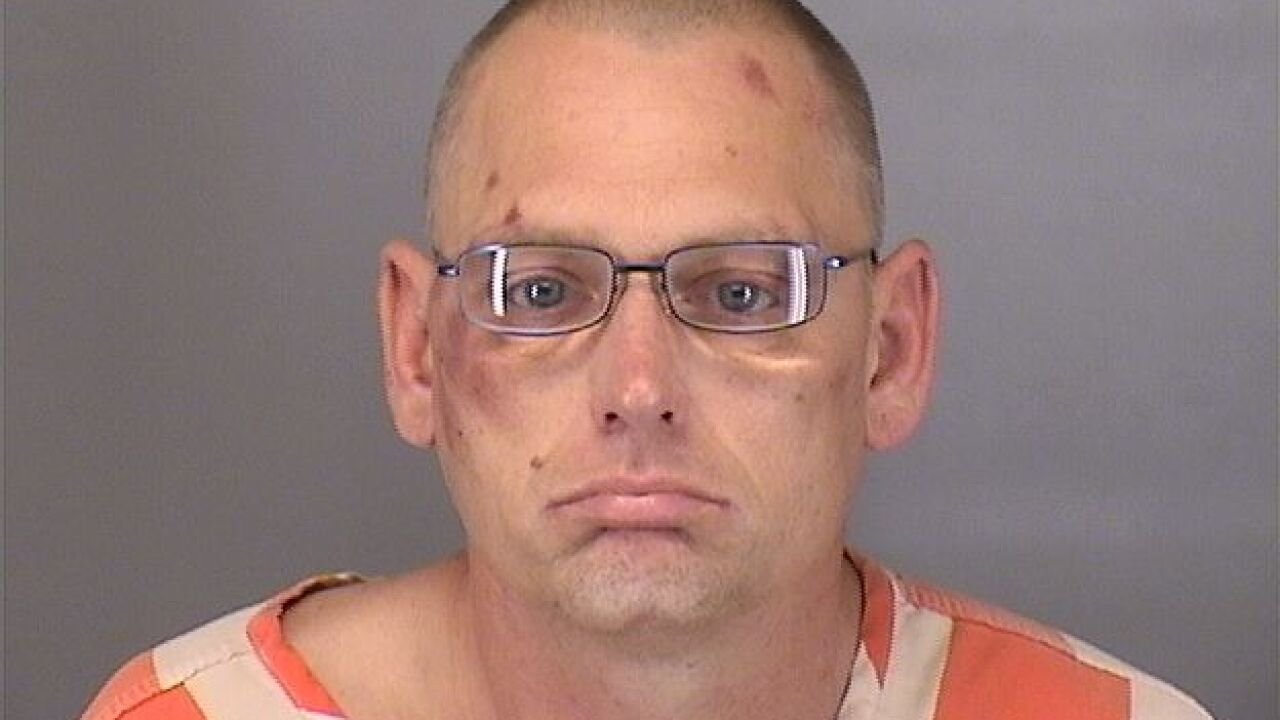 OMAHA, Neb. (KMTV) — Troopers with the Nebraska State Patrol have arrested a Council Bluffs man following a confrontation in the parking lot of Nebraska Crossing Outlets.

At approximately 7:35 p.m. Wednesday, NSP was informed of a of a hit and run crash near 108th and L streets. The suspected vehicle, a Dodge Dakota was driving westbound on I-80 toward Gretna. Witnesses then reported a second hit and run in the parking lot of Nebraska Crossing. The trooper located the suspect vehicle in the parking lot and observed the driver to be sleeping. The trooper knocked on the window several times to awaken the driver, at which point the driver woke up and immediately threw open the door, striking the trooper in the chest.

The man then exited the vehicle and charged at the trooper, and a physical altercation ensued. After the suspect ignored multiple commands, the trooper deployed a taser and took the suspect into custody. A search of the suspect's vehicle revealed an open alcohol container, a gun concealed in a backpack, and multiple containers of marijuana.

44-year-old Jared Raymon of Council Bluffs was arrested for assault on an officer, hit and run, driving under the influence of alcohol, open container, and obstructing a peace officer among other charges.