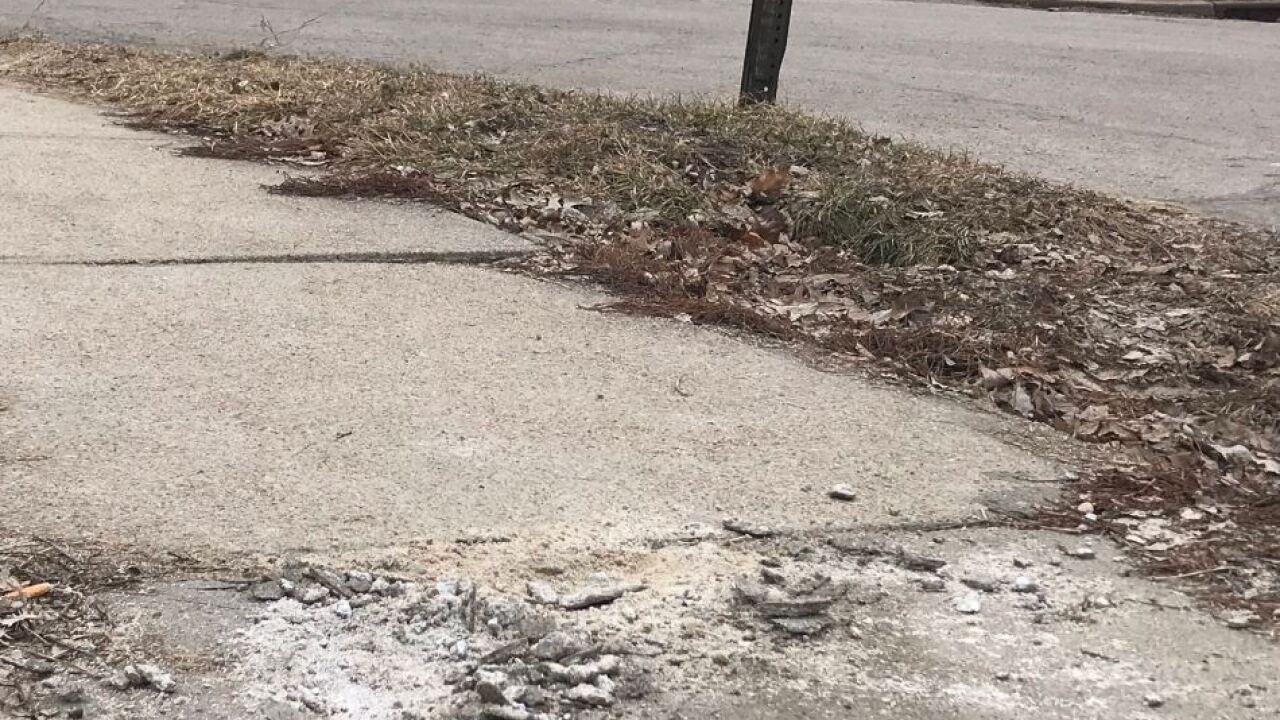 OMAHA, Neb. (KMTV) -- — A South Omaha man says he was told he’d have to replace his sidewalk that wasn’t up to code. Now the city says they’ll take care of it at no charge.

Rob Murphy says when he used his snow blower on his sidewalk recently it chewed up a square that was replaced about 5 years ago. The city fixed the concrete after some utility work.

Murphy says there was a thin sheet of concrete with inches of sand underneath. He says initially he was told if the sidewalk was a hazard he’d have to replace it himself or the city would do the work, but he would be charged.

KMTV reached out to the city. The Public Works Department says the cement may not have mixed as well as it should have which could've caused the issue. They told Murphy he won't have to pay for repairs because it's not his fault the sidewalk was taken up, or because it didn't last.

"It's a simple life cycle. In my opinion concrete sidewalk panels should last more than 5 years and we did the work and so if it's not fulfilling its life cycle then yes that's something we should be responsible for. It's the right thing to do," said Austin Rowser, City Maintenance Engineer.

The city has already look at the sidewalk and says they hope to repair it soon when it gets a little warmer. They'll also check other squares that were replaced at the same time to see if any others have been torn up.