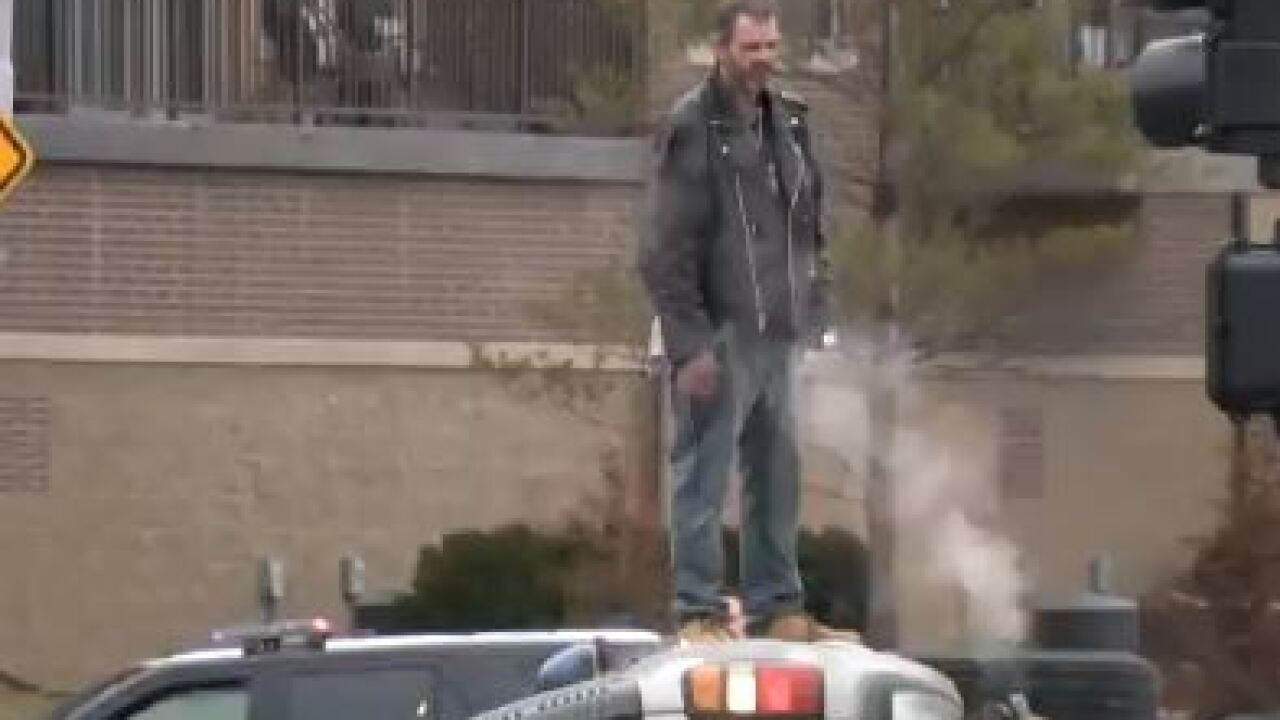 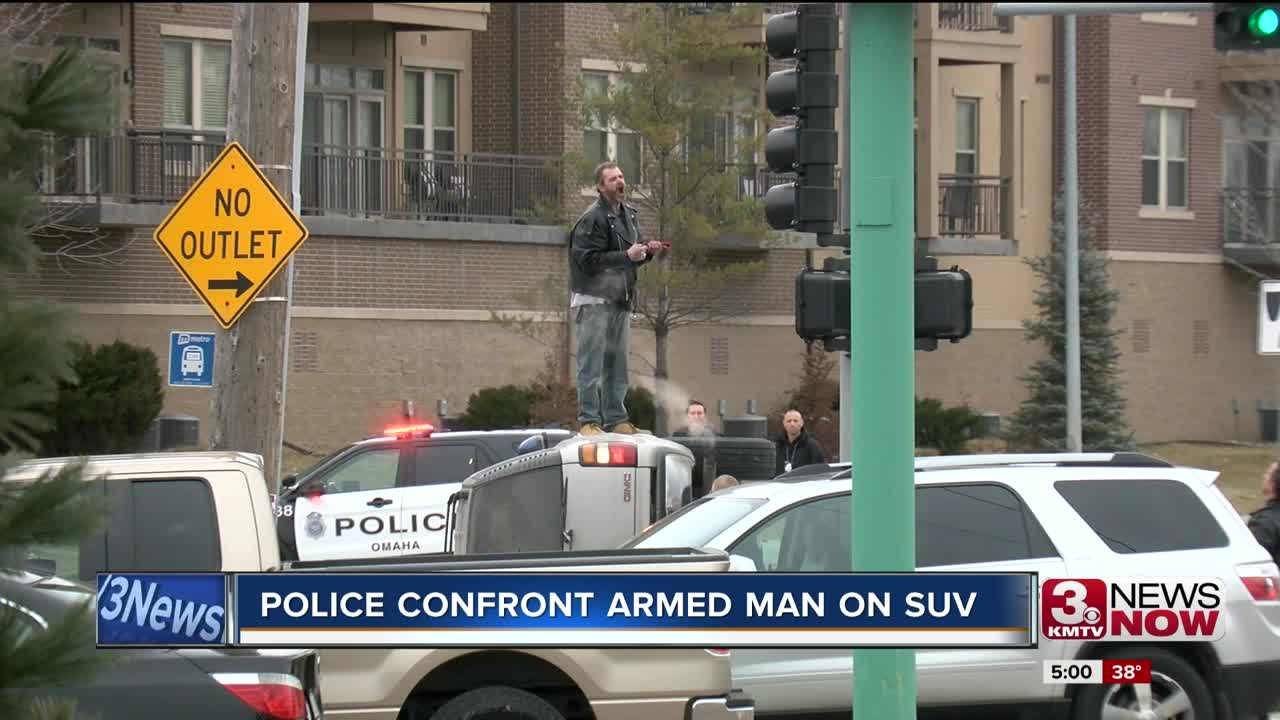 At about 10am Friday, police respond to the crash and disturbance at 64th Ave. & Center St. right by Aksarben Village. When officers arrived, they find a man standing on a running SUV with a knife threatening to hurt himself. He was calling to a woman who had run into Amato's Restaurant for safety.

The man stabbed and slashed himself multiple times and police deployed a taser, but it didn't stop him. After close to an hour the man on the vehicle fell over and police took him into custody.

"Very well, very well. yeah you knew it was a mental issue or something because they didn't bombard him they took their time so absolutely they did a good job," said Shelly Thys, a witness.

OPD says what’s most important when an officer becomes in contact with an armed party is the safety of the officer, civilians and innocent bystanders, and the actual armed party himself. They add that they always try to de-escalate the situation as quickly and safely as possible so that no one is hurt.

The man hasn’t been identified yet.