Massive house fire may have been a case of arson 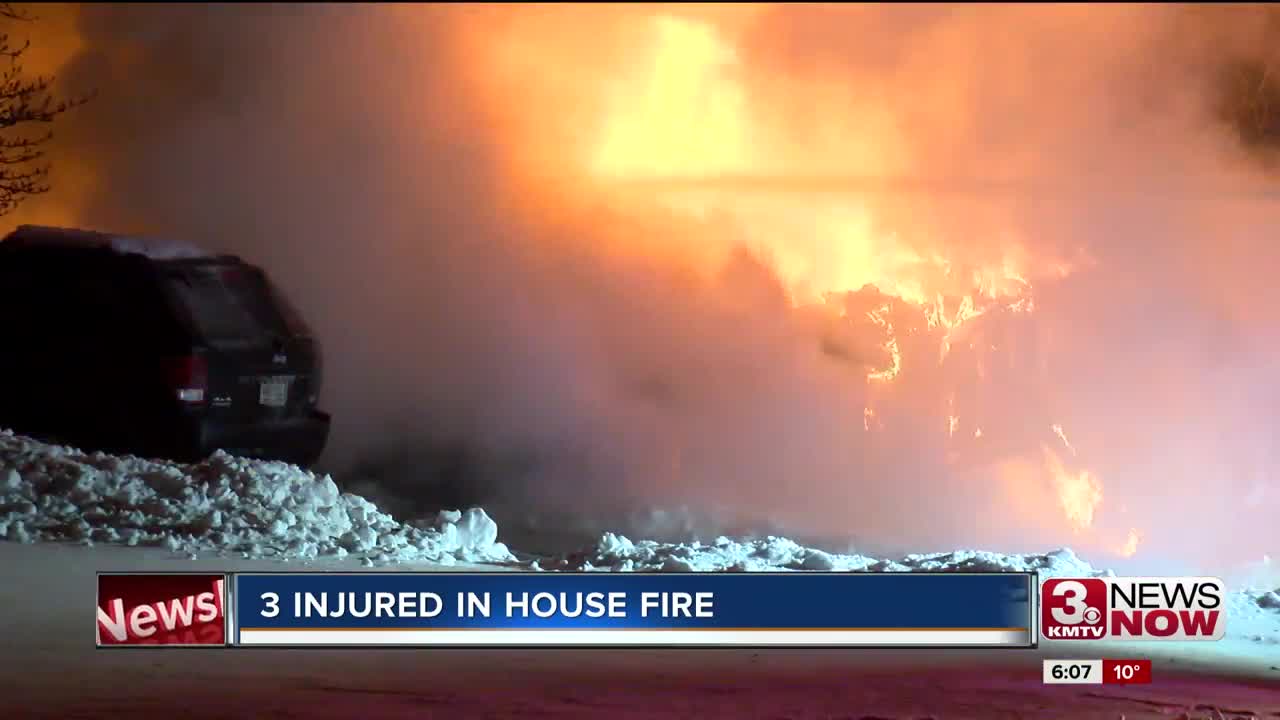 OMAHA, Neb. (KMTV) — Firefighters spent about five hours fighting flames...and the cold...after a home on 39th and Himebaugh Streets went up in flames overnight. Police suspect that it may be a case of arson.

James Ballard, a neighbor of the house, said he was shocked to find out that the

"Shocked and surprised because they are...they're very friendly and quiet neighbors...you know I've never seen any trouble or anything like that...so it's like wow, I was wondering what happened...you know how could it have happened."

Firefighters say it started just before 1 a.m. and that three people were injured...one so badly, they went to the burn unit at St. Elizabeth's in Lincoln.

Omaha Police Officer Lieutenant Ken Fox said, "At this time we believe that one of the three victims is potentially a suspect in this arson."

Fox also tells us...officers were called to this house for a disturbance...hours before being called back for the fire. He said investigators will make their recommendations to the county attorney after their investigation into the fire is complete.

According to a new Omaha Police release, 65-year-old Carl Bohm is listed as a suspect in the case. The other two occupants are listed as victims and share the same last name as Bohm.