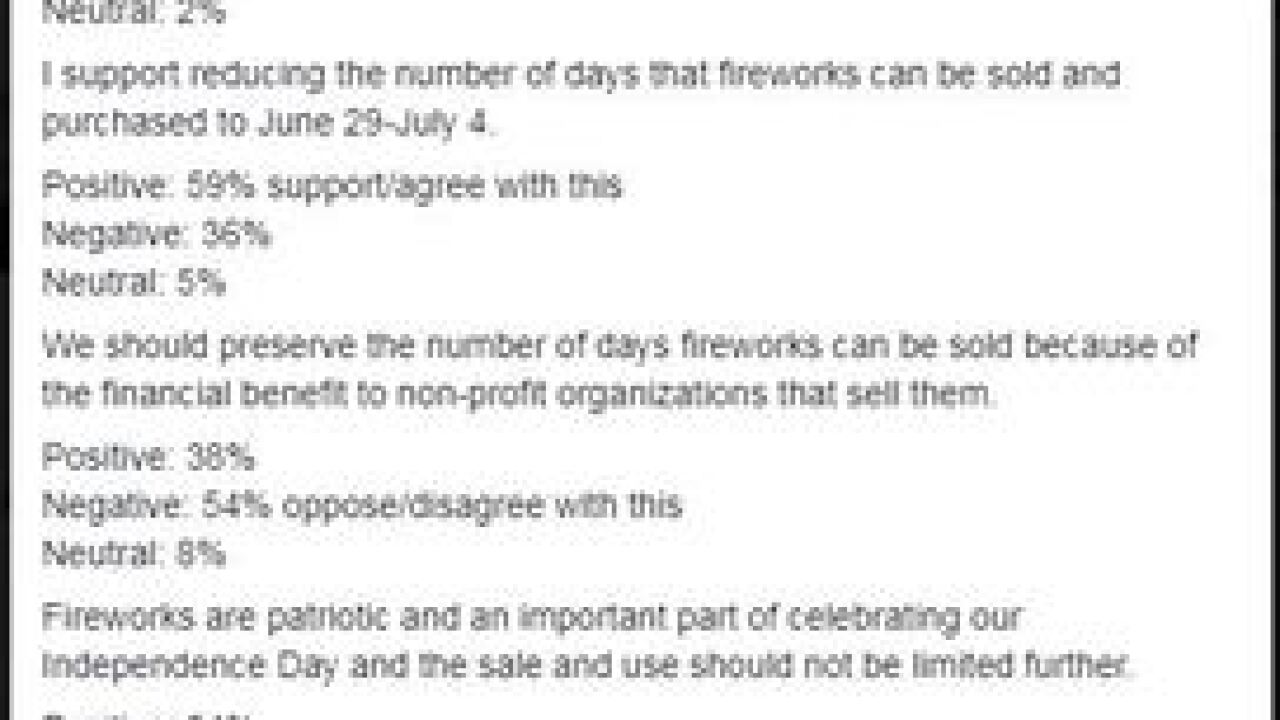 Sunday night Omaha Mayor Jean Stothert posted the preliminary results of a survey which began in the first week of July. The survey asks residents if they would support limiting when fireworks can be set off in the city.

The Mayor has been a proponent of cutting back on the fireworks season in Omaha for more than a year. In 2017 she asked the city council to consider a measure similar to the one discussed in the survey.

The results posted tonight seem to show many in the city are behind the Mayor. The breakdown she posted can be found below.

"We should be respectful of people and/or animals that are sensitive to fireworks.

I support reducing the number of days that fireworks can be sold and purchased to June 29-July 4.

We should preserve the number of days fireworks can be sold because of the financial benefit to non-profit organizations that sell them.

Fireworks are patriotic and an important part of celebrating our Independence Day and the sale and use should not be limited further.