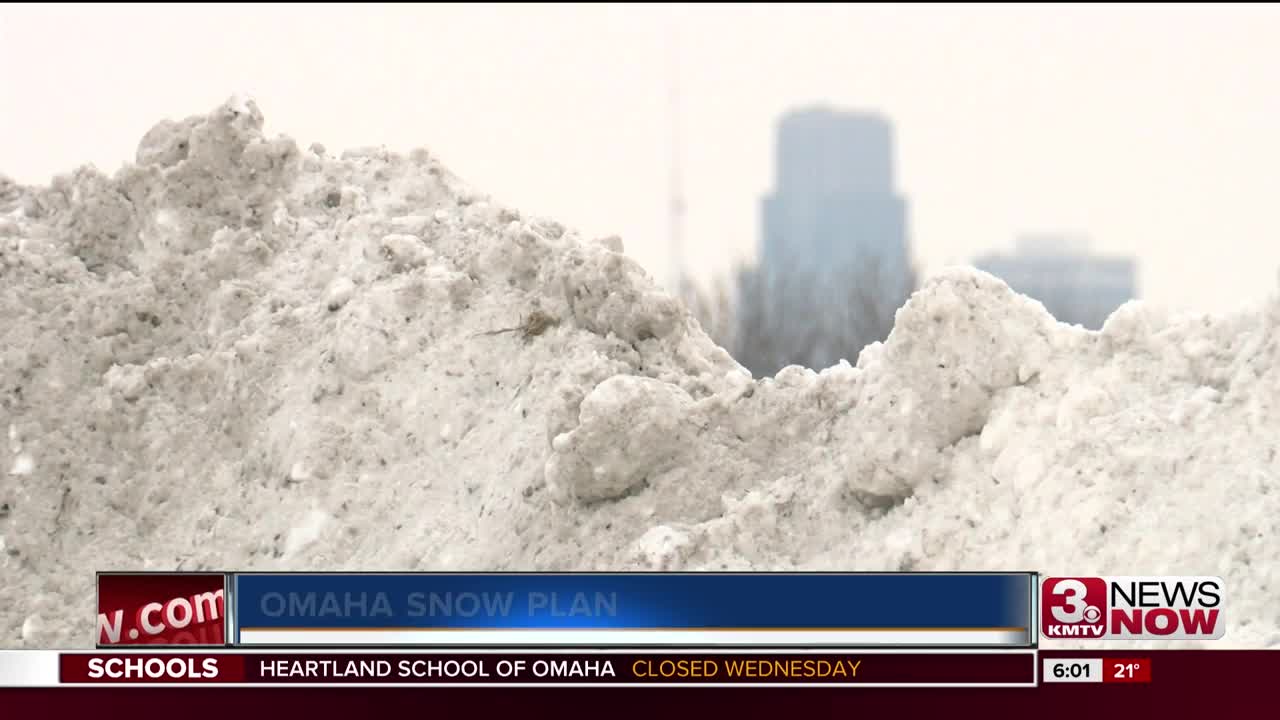 OMAHA, Neb. (KMTV) —
Mayor Jean Stothert announced Tuesday afternoon the city of Omaha is preparing for the snow, but is holding off on declaring a snow emergency.

"All hands are on deck when you're having a situation like we're having right now," Stothert said. "We really try to get out there and do our procedures without declaring a snow emergency but if it's indicated we'll do that."

"The plan of attack is to clear major roads first and residential ones come second," said Austin Rowser, an Omaha street maintenance engineer.

"Everybody would like their street plowed and their curb dry but when you have this much snow I hope people realize this isn't a small operation and they're patient," Stothert said.

The mayor also added the city has enough funds allocated in the budget to cover the snowstorm's cleanup costs.

"Remember our budget goes until December 31 we're in February," Stothert said. "We have a long way to go before we make a dent in that budget."

With snow likely reaching more than four inches the city is plowing towards the middle of the streets in downtown.

"There's so so much snow on the side of the roads now it makes sense to plow to the middle," Stothert said.

Omaha has private contractors on standby ready to help out at if the call comes in.

"We want to make sure that we have enough people and enough equipment out there but there's no doubt they're getting worn out," Stothert said.

In the mean time the mayor ask those to stay off the streets to let the crews get to work.

"All of these events are very unpredictable," Stothert said. "We prepare for the worst and hope for the best."