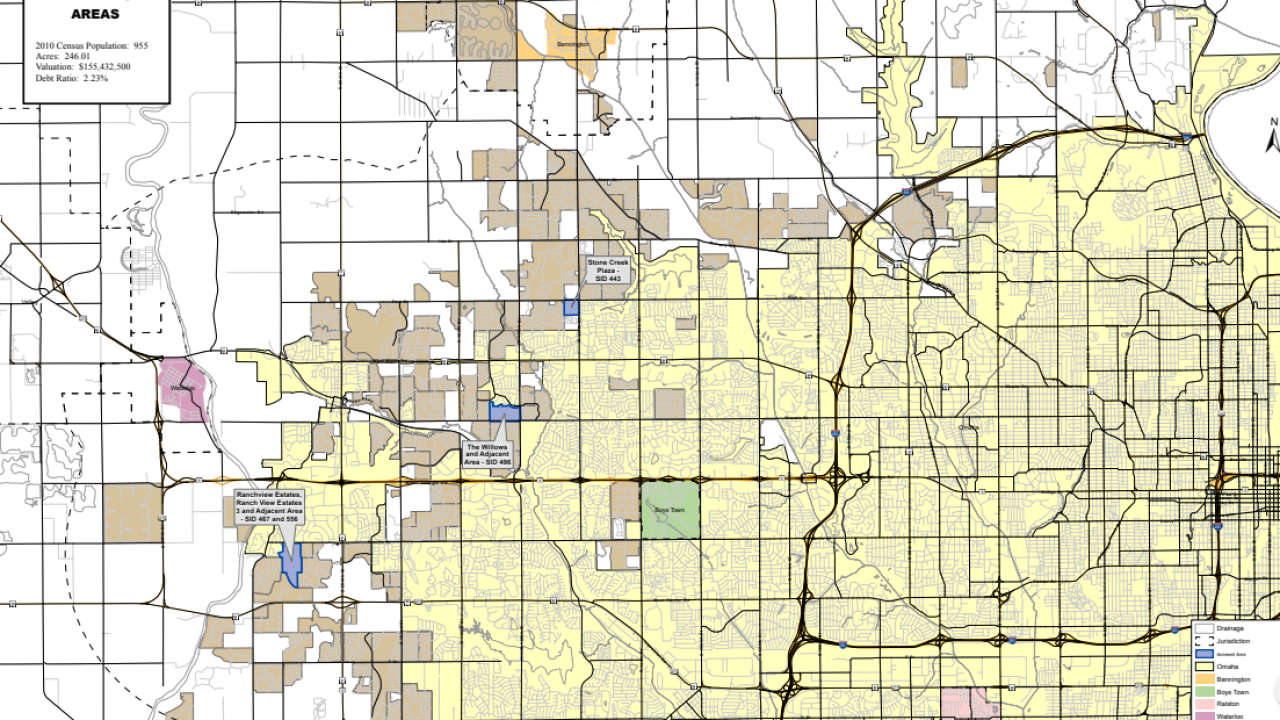 Mayor Stothert says the 2019 annexation goals are consistent with previous years: the City's ability to provide police and fire protection, eliminate islands that are already surrounded by the city, and annexation must bring in revenue over the next ten years.

Based on 2010 Census data, the City's population would increase by approximately 955 people.

In a news release, the Mayor said four SIDs and two adjacent areas are good candidates for annexation. Property taxes in the four SID areas would decrease after annexation. The average reduction is $475 per $100,000 valuation.

A public meeting for the affected property owners will be held on May 23 from 5:30-7 p.m. at Saddlebrook Community Center, 14850 Laurel Avenue.

The proposal still needs approval by the Planning Board and City Council. If passed, the annexation would take effect on July 31.