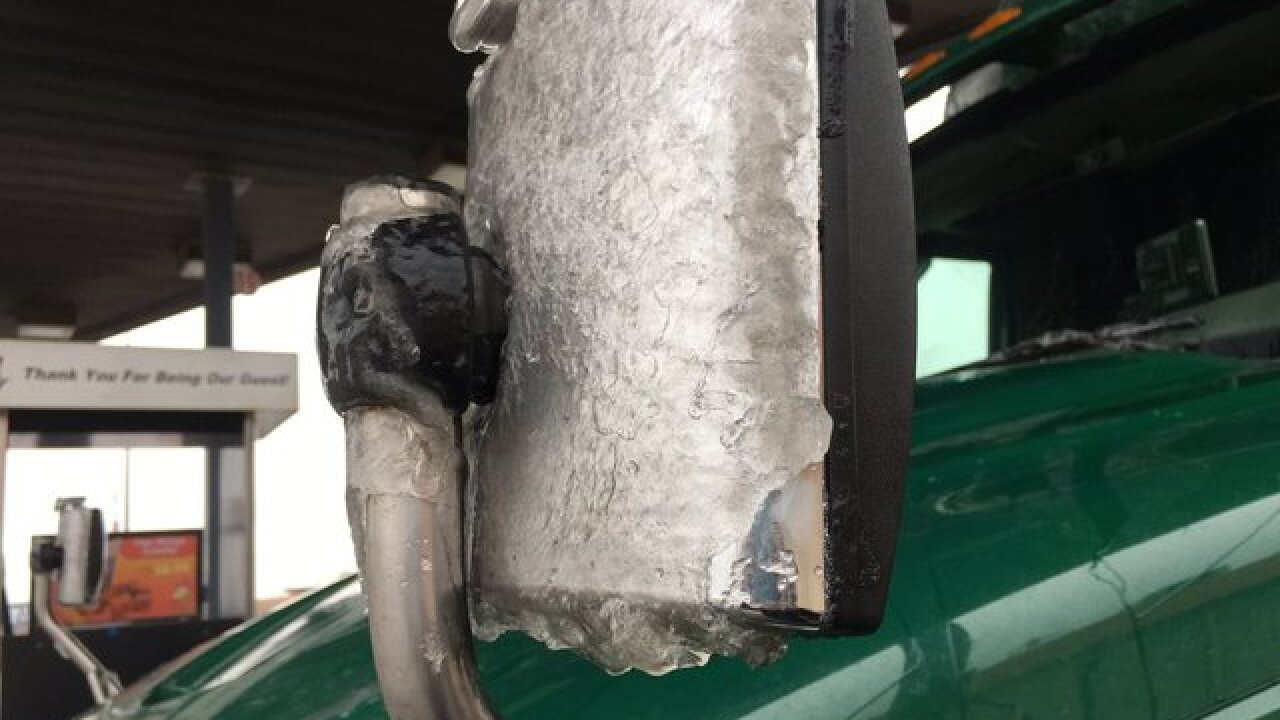 The greater metro area has been preparing all weekend for the ice storm forecasted to hit Sunday night.  The city of Omaha’s salt trucks were out Sunday afternoon.  Sarpy County Public Works hit the streets around 12:30 pm, when the rain began.

Drivers at Sapp Brothers coming from the west on I-80 bore the signs of what was in store for Sarpy County.

“We're ready to roll and we’ll be here if anyone needs us,” said Fred Uhe, community and government relations director for Sarpy County.  He said that they have had a plan in place since Friday afternoon.

“911 center I know is fully staffed.  Public works actually their crew will be coming in shortly at noon today to start salting and sanding bridges and intersections,” said Uhe.

Crews started laying down a 2 to 1 salt and sand mixture just before the rain started around 12:30 pm on Sunday.

Douglas County pretreated Friday afternoon with brine and will start laying down salt as soon as the freezing rain comes.

While the Command Centers were not opened prior to the storm, Uhe says Sarpy County is ready in case it comes to that.

“Our generators are gassed up, ready to roll in case there’s any power outage.  So pretty prepared for any potential whatever this incident may bring,” said Uhe.

And since the storm will last well into the night and Monday morning, crews are on hand for any potential danger.

“They are actually scheduled to have a crew out at 3 AM with motor graters to kind of chop up the ice… Also, with the streets being extremely icy, the response times for police and fire and first responders will be a little bit slower...  So, we are encouraging everyone to stay home.”

Uhe also said that the three-day weekend is helping their efforts, “The advantage of this storm hitting on a Martin Luther King holiday, is beneficial because some of the schools are closed, the courthouse is closed.  So, the strain on the power and resources will be much less.”

Drivers along I-80, like Henry Martin of Georgia, may be forced to bunker down for the night.

“Probably stay in our trucks.  If it gets real too bad, sometimes the company will put you in a hotel room.” said Martin.

He’s glad to have Sapp Brothers to stay at for the time being.

Still, the Georgia native isn’t too keen on the Nebraska weather.

“I don’t see how y'all live with it; it is just too darn cold,” he laughed.