Mike Kennedy drops out of NU Board of Regents race 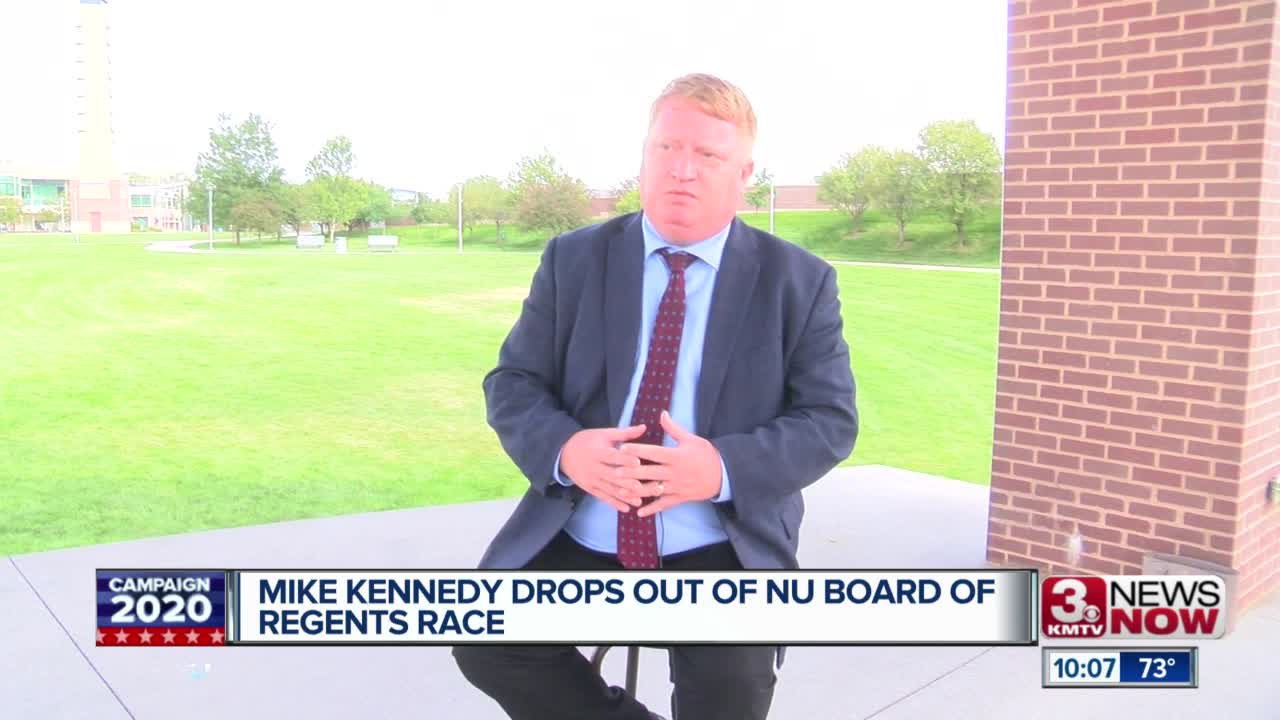 OMAHA, Neb. (KMTV) - A candidate who won the primary for a seat on the NU Board of Regents has announced he's dropping out of the race.

Mike Kennedy says he wants to focus on his other roles with the Millard School Board and Omaha Library Board.

He sat down with 3 News Now to talk more about his decision to end his bid for the state board.

"We gotta put aside our own political motivations and do what we were elected to do which was get our jobs done and my job is to make sure kids get to school safely and our schools are open," he said. "Right now this is going to be a problem not only for the next couple months but well into November and into next year."

With Kennedy dropping out, it leaves Jack Stark as the only candidate on the November ballot.