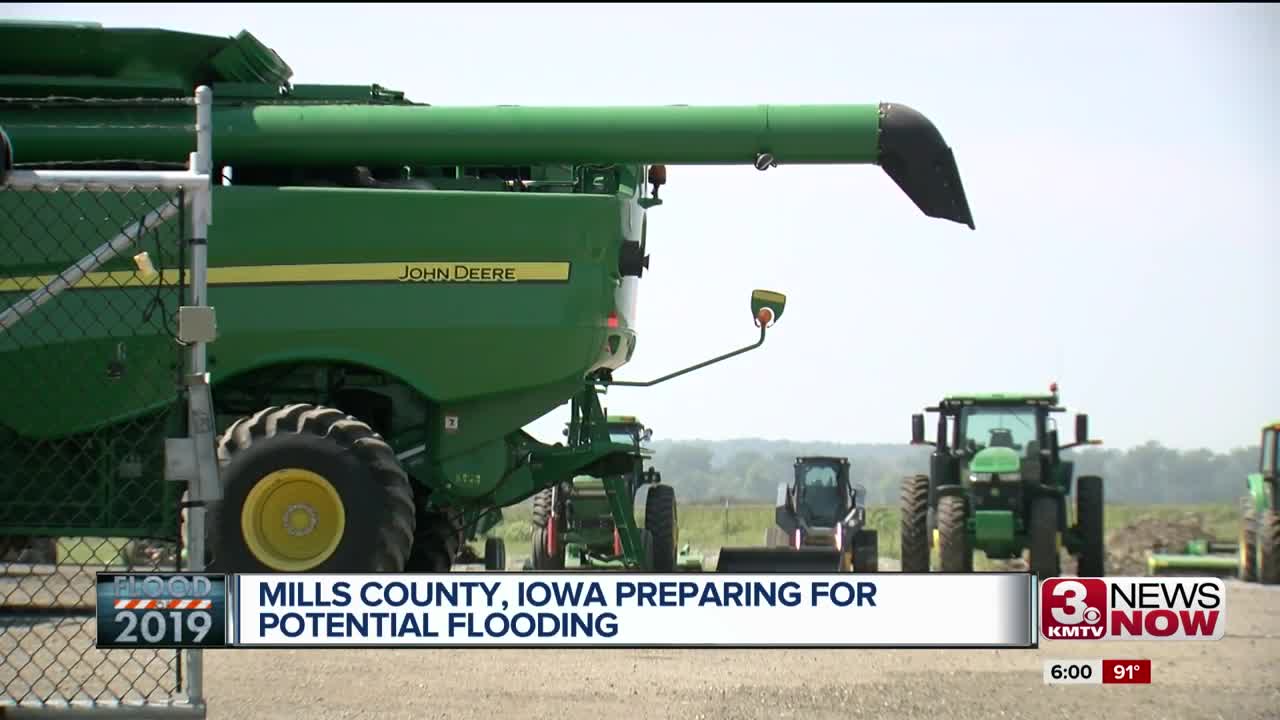 MILLS COUNTY, Iowa (KMTV) — It's been six months since flooding hit parts of eastern Nebraska and western Iowa and on Tuesday, people in Mills County, Iowa are preparing for another flood.

Rain and high water levels are causing concerns for those with farmland near the Missouri River. While homes are not expected to be affected, Mills County officials are urging people to take early precautions for possible flooding. The U.S. Army Corps of Engineers has repaired two levees in Mills County since March's flooding.

"The two repairs we have in Mills County, the one again south of Highway 34 the big breach repair and the one north of the Fremont County line the corps is assessing that those are going to hold this event right here and I have pretty high confidence with what they've done with those structures that they will hold," said Larry Hurst, the director of the Mills County Emergency Management Agency. Mills County still has one breach still open as a way to keep water moving through if needed.

"We have water coming through that breach," Hurst said. "We don't know when it started. That water will inundate that crop area which is south of Lambert avenue." But as Gavins Point dam ups its release to 80,000 cubic feat per second for the first time in months, the new levees will be put to the test.

"We don't even know what the river level will be like once it gets to 80,000," Hurst said. " If the river gets too high it could have an affect on the scoured area." Hurst said as of now water is projecting at 29.4 feet at the Plattsmouth bridge.

Currently two businesses are in the flood path. One of the businesses is Agrivision Equipment, which just reopened its location at 190th street and Highway 34 a month ago. The store had 98 inches of floodwater in it during March's flooding.

"We have not moved much back out here due to the risk and the uncertainty and then it looks like the water may possibly come up again this week," said Ashley Hendrix, a marketing specialist with Agrivision Equipment.

"They could be at risk as this water moves in so we're trying to keep an eye on this," Hurst said.

Agrivision currently is working out of both its Pacific Junction location and a temporary main location in Glenwood. While it's business as usual. no one know for sure what the showroom floor will look like come Friday.

"I am a little worried I think we didn't expect what happened in March," Hendrix said. "We were supposed to have minimal flooding so I think at this point anything is possible. I would be worried since we had bad flooding in March."