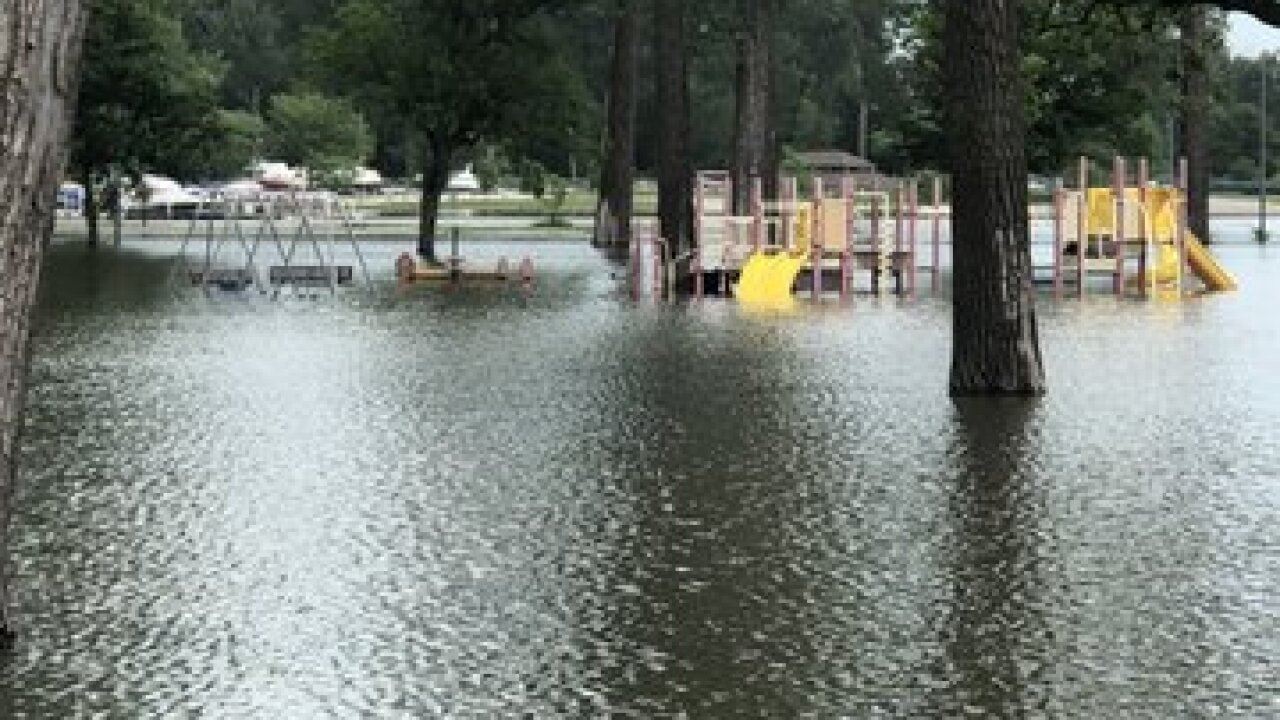 The swollen Missouri River has taken over some parts of Council Bluffs and Omaha.

"It's kind of sad to see the damages and stuff that it causes," said Marek.

Marek says this flood looks a lot like one he saw seven years ago.

"They are saying it’s not going to be as bad as 2011, but it's already looking like that," said Marek.

Although the river is high and temporarily closed NP Dodge Park and a few streets, Omaha Parks and Rec Director Brook Bench says the flooding really is not that bad.

Bench says the Missouri River is about ten feet higher than normal.

"It is at about 29 feet right now, so that was the projected level of the crest," said Bench.

"So it is cresting right now and then we are hoping in the next few days it's going to start heading the other way," said Bench.

NP Dodge Park and Tom Hanafan River's Edge Park are only closed for your safety.

"The current is so powerful we don't want any accidents here," said Bench.

A real downer for those who just want to be out here camping.

"If the projects hold the river is going to start going down tomorrow and it's going to gradually work its way down," said Bench.

"Things will dry up, the heat will come, and we will get it cleaned up and opened as soon as we can," said Bench.