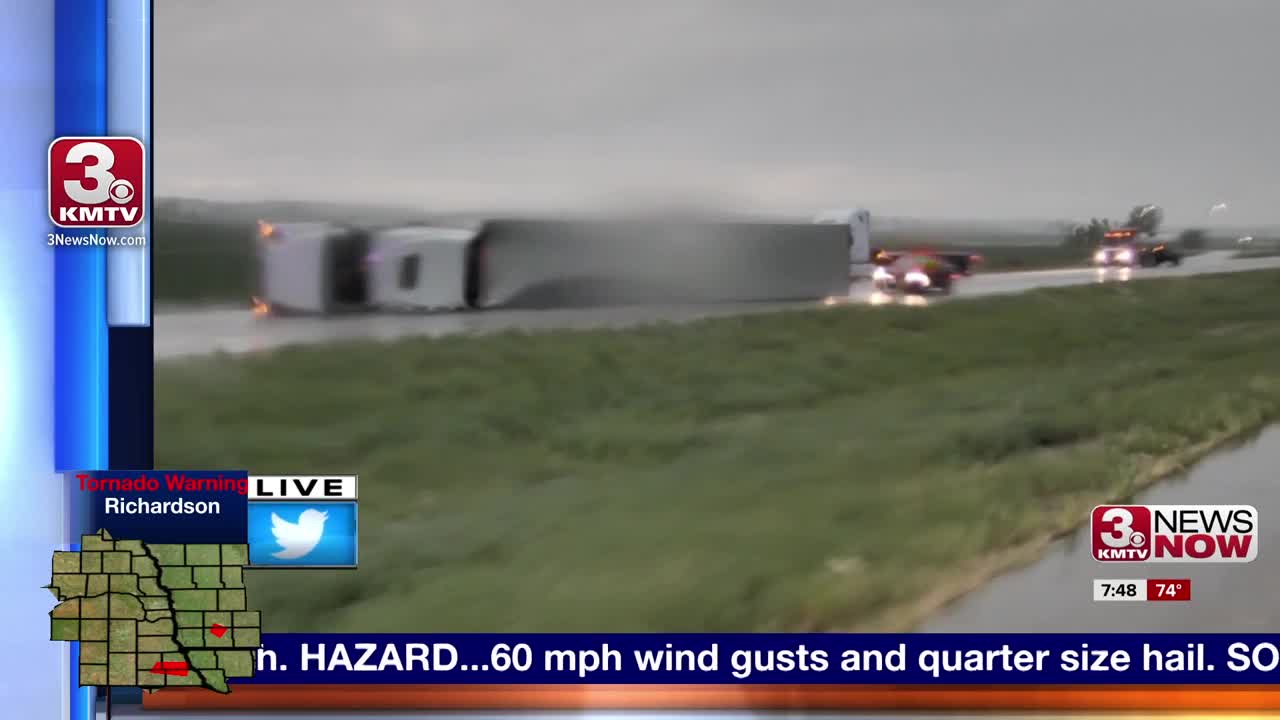 Semi trucks were blown off Interstate 29 near Thurman, Iowa. 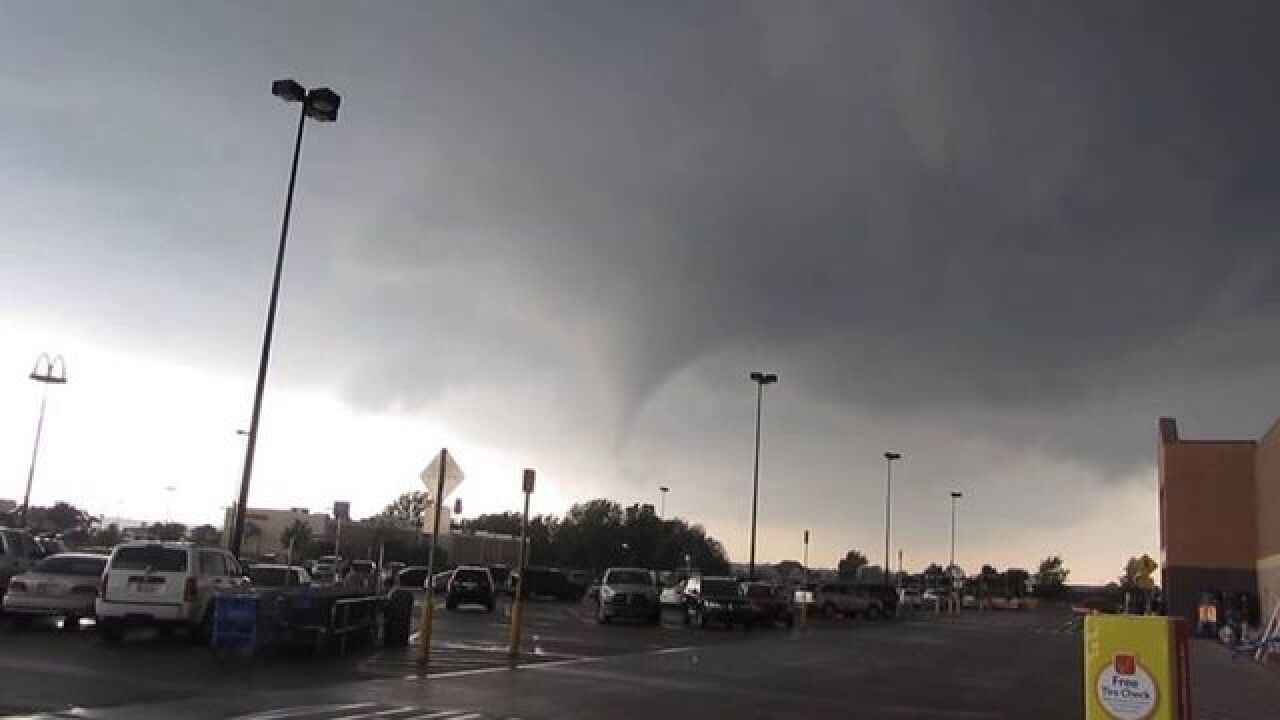 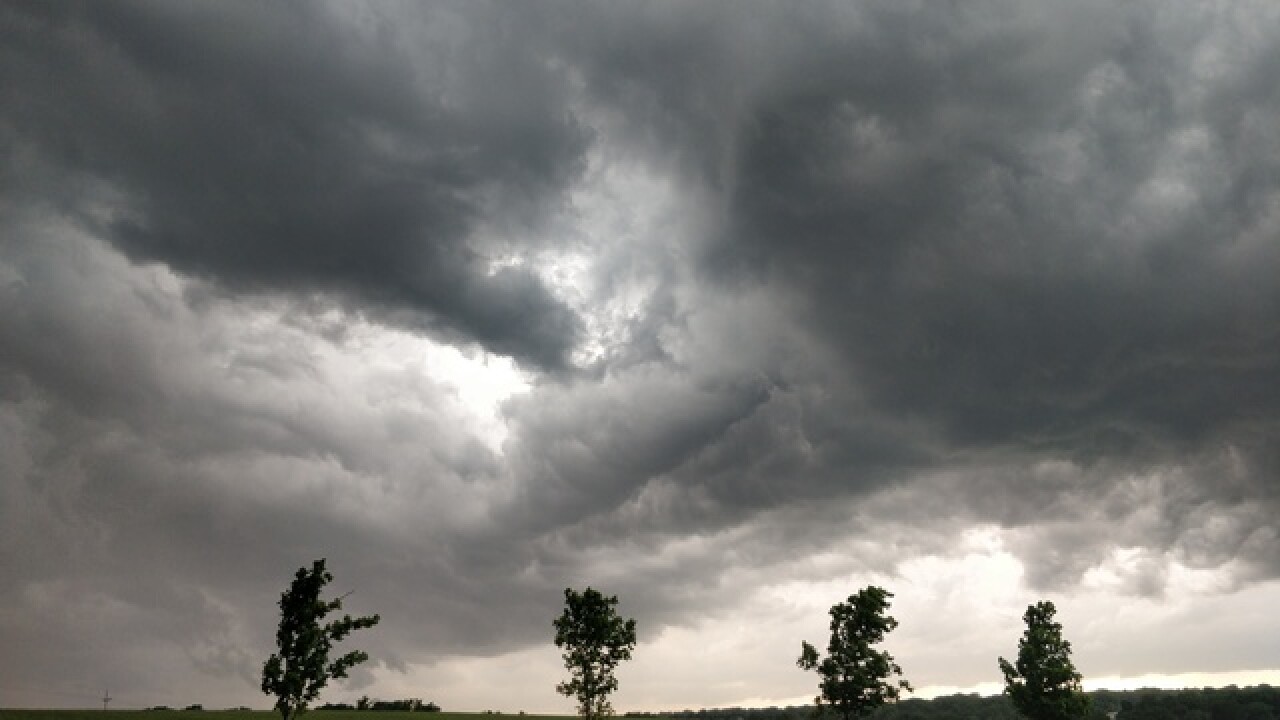 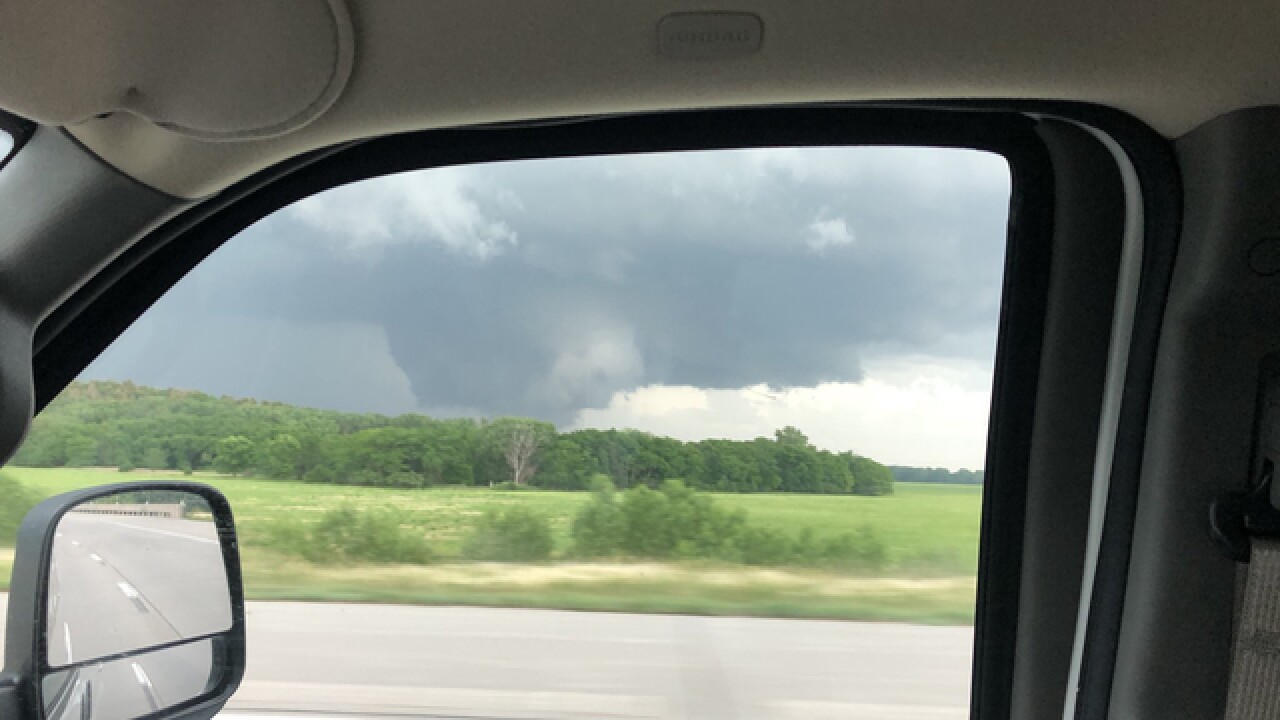 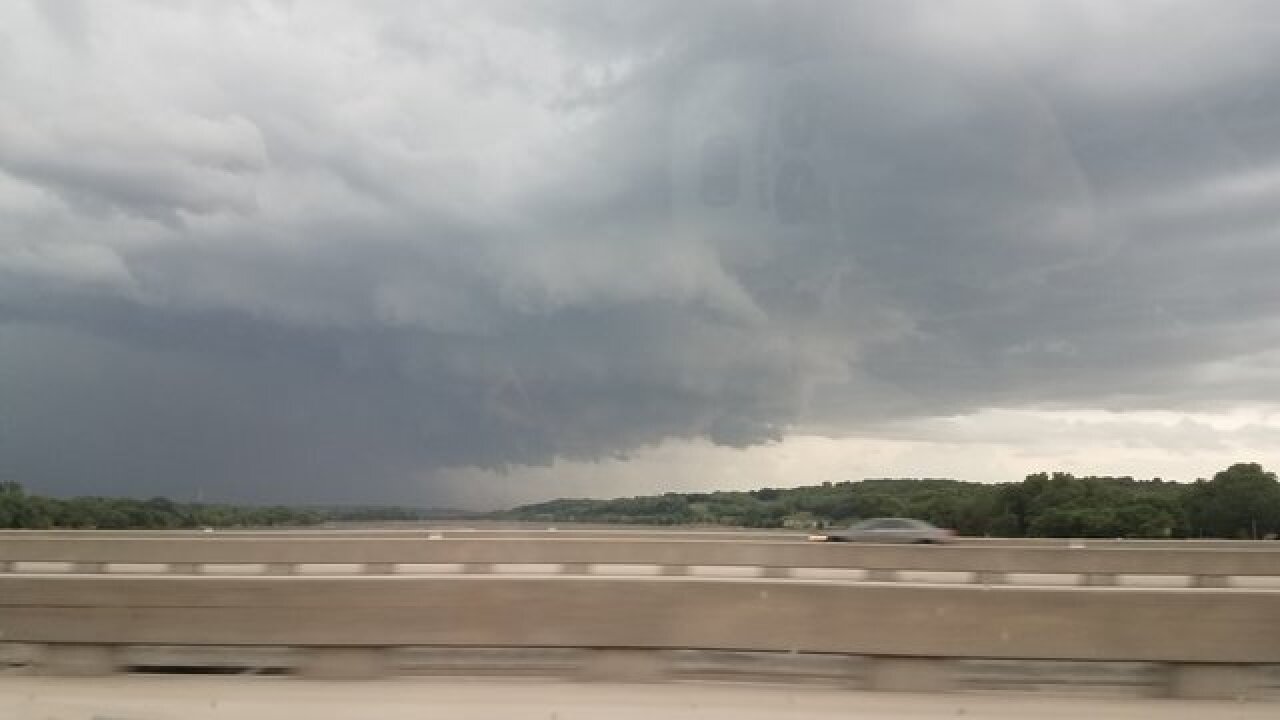 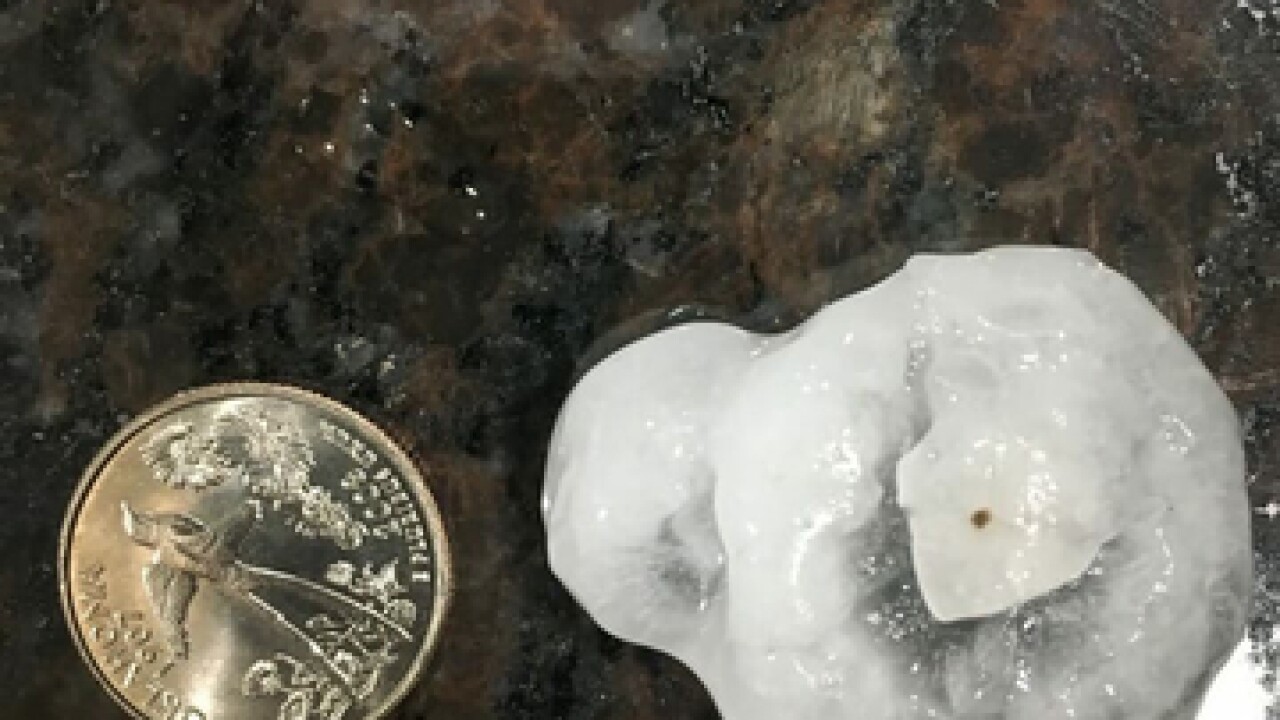 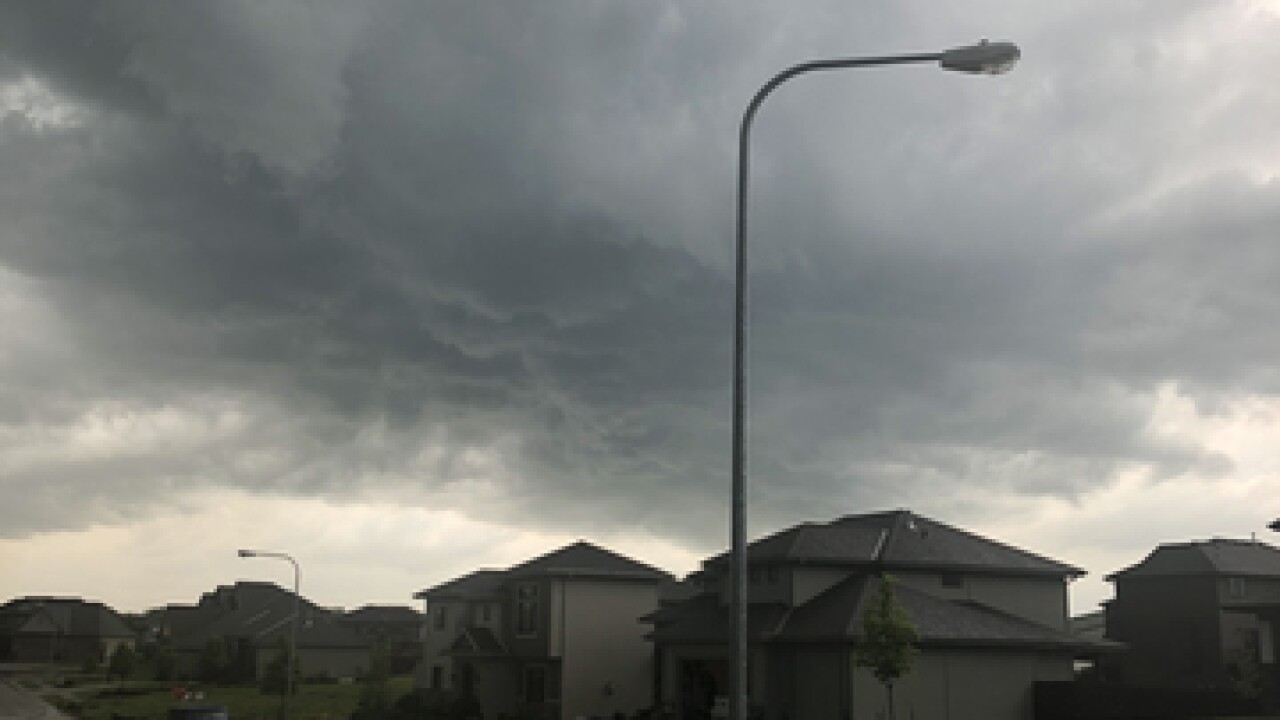 Near Thurman, Iowa, at least six semi-trucks were blown off Interstate 29.

In Fremont County, Iowa, there were reports of trees down and power outages. Authorities were looking into reports of damage to post office in Sidney, Iowa, also trees down. Power is out in parts of the town right now.

GET THE LATEST WEATHER UPDATES

Several Nebraska counties including Douglas, Cass, Dodge, Saunders, Sarpy, and Washington as well as Pottawattamie County in Iowa were in tornado warnings as the storms circulated into eastern Nebraska and western Iowa. Winds of 100 mph were reported.

Hard to hear through heavy rain but tornado siren can be heard in Millard area near 192 and Harrison. @3NewsNowOmaha pic.twitter.com/St6aIh85xN

Spotters reported a funnel cloud touchdown during the first tornado warnings near Fremont. Hail and straight-lined winds also affected residents in these areas.

CHECK WEATHER ALERTS IN YOUR AREA

Stay with 3 News Now for the latest weather updates.