Most Common Reason City of Omaha is Denying Pothole Claims 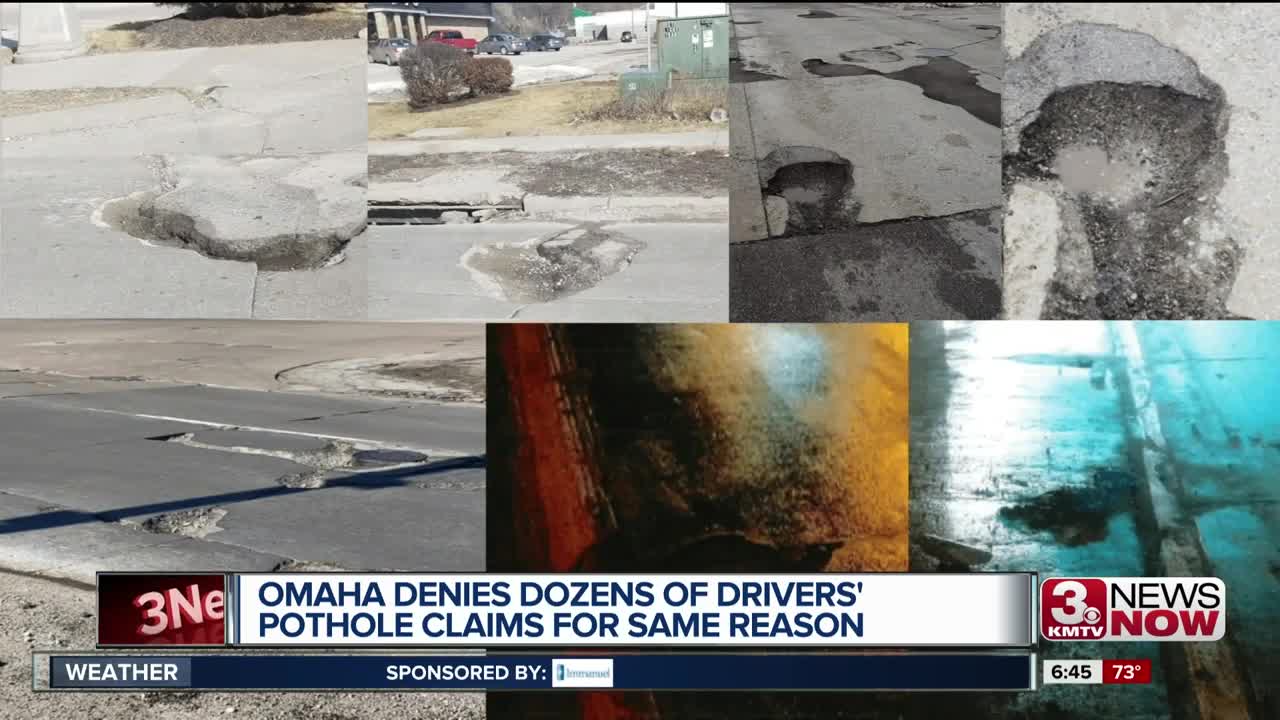 OMAHA, (NEB.) — If a pothole damaged your car on an Omaha city street, the mayor said she would pay for it, if it met some basic requirements. However, several people meeting the basic requirements are being denied for the same reason, Neb. Rev. Stat. § 13-910(12). It essentially states the city must know about a road defect and be given a reasonable amount of time to fix it. However, the statute does not define "reasonable amount of time."

For years the city has cited this statute to deny almost all its claims. But after years of never approving a pothole claim, the mayor announced the city would start paying for some of the damages caused by potholes.

“We never said we were going to pay every claim. We said they had to follow our criteria,” said Mayor Stothtert.

According to the mayor’s press release, in order to get approved claimants had to meet the following requirements.

3 News Now emailed the city a list of several cases including some where the city’s own database seemed to suggest it was aware of the potholes in areas for weeks.

“We don’t' necessarily put out all the reasons as far as on the reasons we denied the claim. You know as far as we put probably the main reason,” said Assistant City Attorney Jeff Bloom.

After emailing the city our findings, 3 News Now asked how the city could deny someone who appeared to meet all the requirements. Bloom responded, “We have tried to be very cooperative with your questions. Unfortunately, we are not going to be able to address any more questions in regard to individual pothole claims.”

According to the city’s database, on February 26th a pothole was reported on 72nd street. 17 days later, Suann Witt hit a pothole 100 feet down the road from there.

“It makes me feel sad that we can’t trust those kinds of statements that are made by our politicians,” said Witt.

A pothole was reported at the same intersection Paige Peterson hit her pothole nearly two weeks prior. The city said that report didn’t count, because the caller who reported the pothole said it was in the eastbound lane and Peterson’s incident happened in the westbound lane.

“I think it’s just an excuse and I don’t really trust anything they’re saying,” said Peterson.

For the first half of 2019 the city listed the reasonable amount of time statute in more than 80 percent of its pothole claim denial letters.

If you received a denial letter stating the city was not given a reasonable amount of time to respond to the pothole you hit click here to see if a pothole was reported before your incident and how long it took the city to fix it.