Mountain biking popularity growing in a state with no mountains 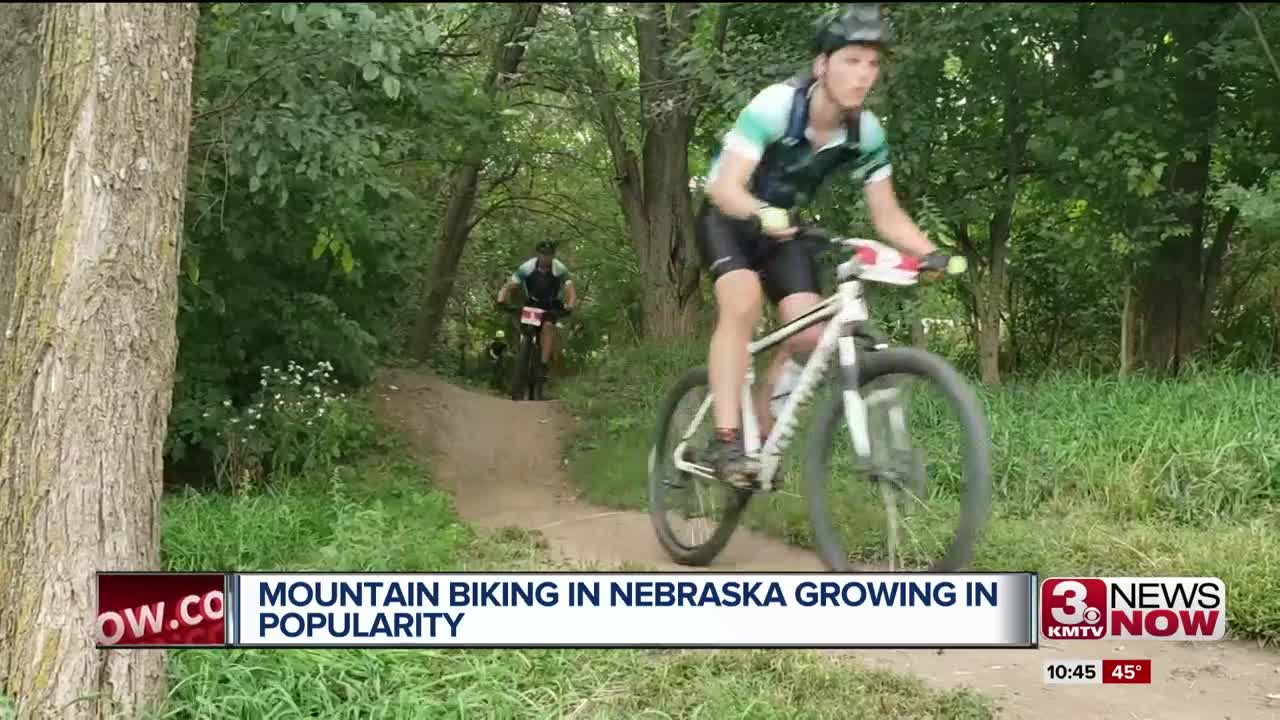 OMAHA, Neb. (KMTV) — Omaha is home to many sports, with football and baseball leading the way. One sport that may not cross your mind is also growing, a sport you may be surprised exists in the state of Nebraska.

"There is almost 10 miles of single track trail...that winds the hills and plains here at Tranquility Park," says Feagan. Tranquility Park is one of a few different spots around Omaha that offers a mountain bike trail. "You get a lot of the same physical exercise as say riding your bike on a paved bike path except in so many ways this is so much more entertaining because the trail is going up and down and it's constantly turning, you're always engaged," says Feagan.

Besides some challenging trails, the next challenge for local enthusiasts is growing the sport in a place like Nebraska. They say that trend is going in the right direction. "Being involved with the high school, middle school racing series we're seeing a huge growth in that area in particular," said Roxzanne Feagan also with N.I.C.S.

Several mountain bike races are held in the fall, which features middle and high school riders. The hope is kids will give the sport of mountain bike riding a try as the word about it continues to spread. "Having a sport where you can push yourself, build confidence, and no matter what level you're at, whether you've been doing it for 20 years or you've been doing it for two days there's ways for you to get better," said Ryan Feagan.

If you're interested in learning more about races, trails, and other events visit these pages: