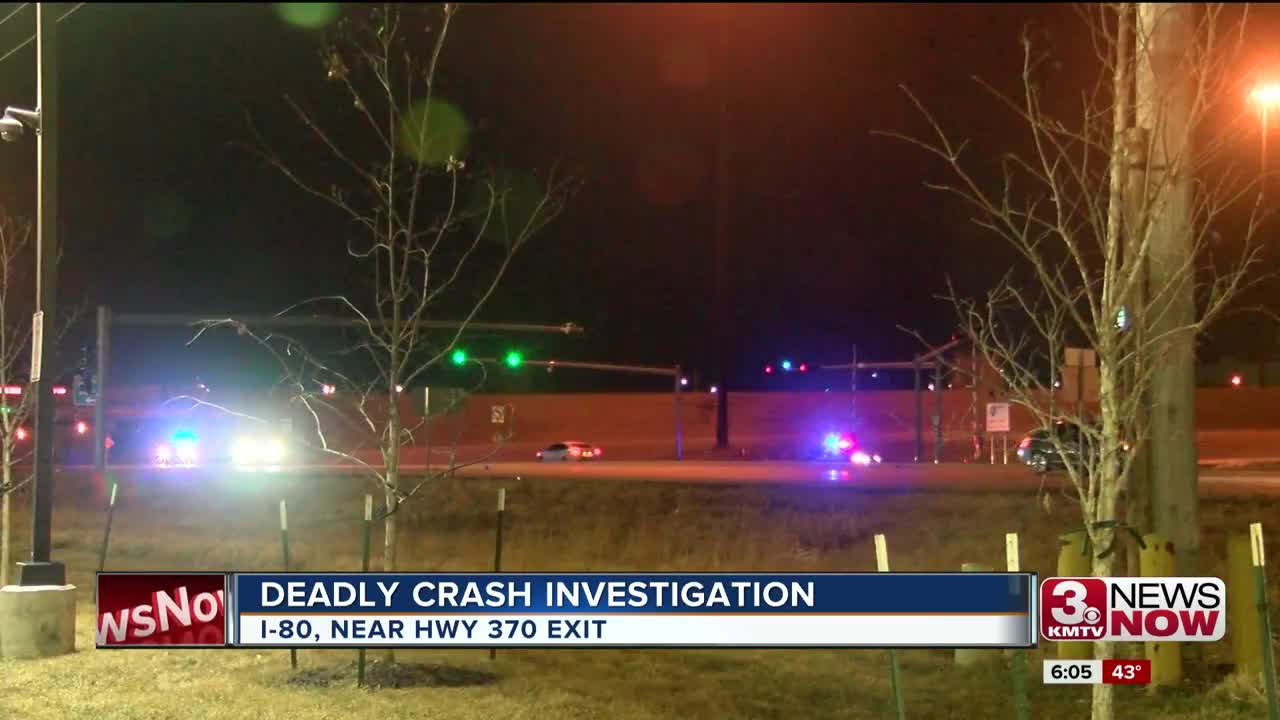 Investigators say another car rear-ended his car around 8:20 p.m. Sunday.

The victim has been identified by the Sarpy County Sheriff's Office as 66-year-old Nabil Shokai. He was taken to Bergan Mercy Hospital but died from his injuries.

A passenger in his car is in critical condition at Nebraska Medicine.

Four people in the other car were taken to the hospital with non-life threatening injuries.

The cause of the crash remains under investigation.