National spotlight turns to Iowa ahead of 2020 caucus 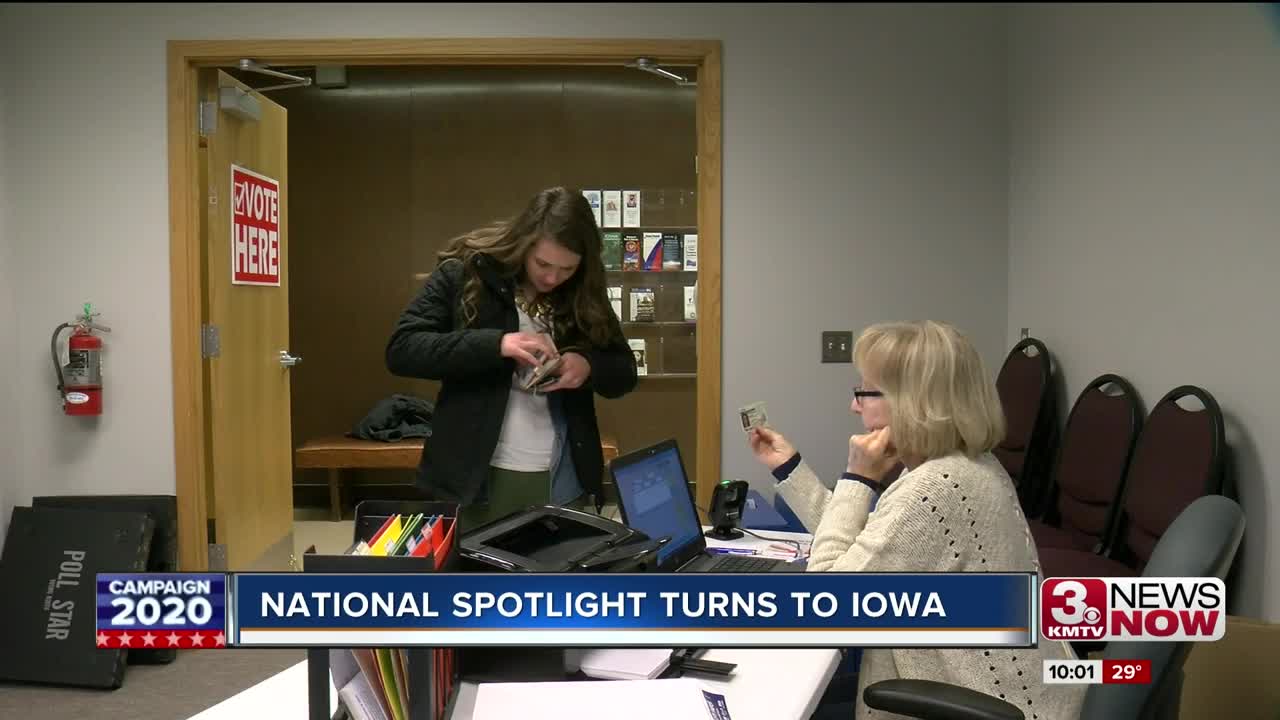 COUNCIL BLUFFS, Iowa (KMTV) — With election day in the rear view mirror, all eyes across the nation turn to Iowa as the top Democratic presidential candidates stump through the Hawkeye State ahead of February's caucus.

"Iowa isn't famous for a lot of stuff and it sets us out ahead of everybody else," said Carol Robertson, Mills County Auditor and Commissioner of Elections.

Since 1976, the presidential primary season's kicked off in Iowa.

"I think it's a pretty great honor that we get to be the first in the nation," said Kristi Everett, Pottawattamie County Elections Deputy.

"I'm not sure the people of Iowa appreciate it that much but nation-wide it seems to set a trend in some cases," said Jack Weide, a voter in Iowa.

In 2016 Iowa Democrats picked Hilary Clinton in its caucus. In 2012 and 2008 Barack Obama won the vote. Since 1996, the Iowa Democratic caucus has correctly picked the party's nominee.

"I think that Iowans are pretty smart," said Marilyn Weide, a voter in Council Bluffs. "I think they understand a lot of problems and I think it is good for us to set the pace."

Many people assume the Iowa election commissions run the caucuses. However, the caucuses have no affiliations with county offices and are run by their own political parties.

"After the caucus they bring us all of the voter registrations and absentee requests and who they have nominated for the convention," Everett said.