High winds made travel difficult -- and dangerous -- for Interstate 80 drivers in central Nebraska. Part of I-80 was closed for a few hours Monday in Seward County following a multi-vehicle crash attributed to poor visibility due to the dust storm. 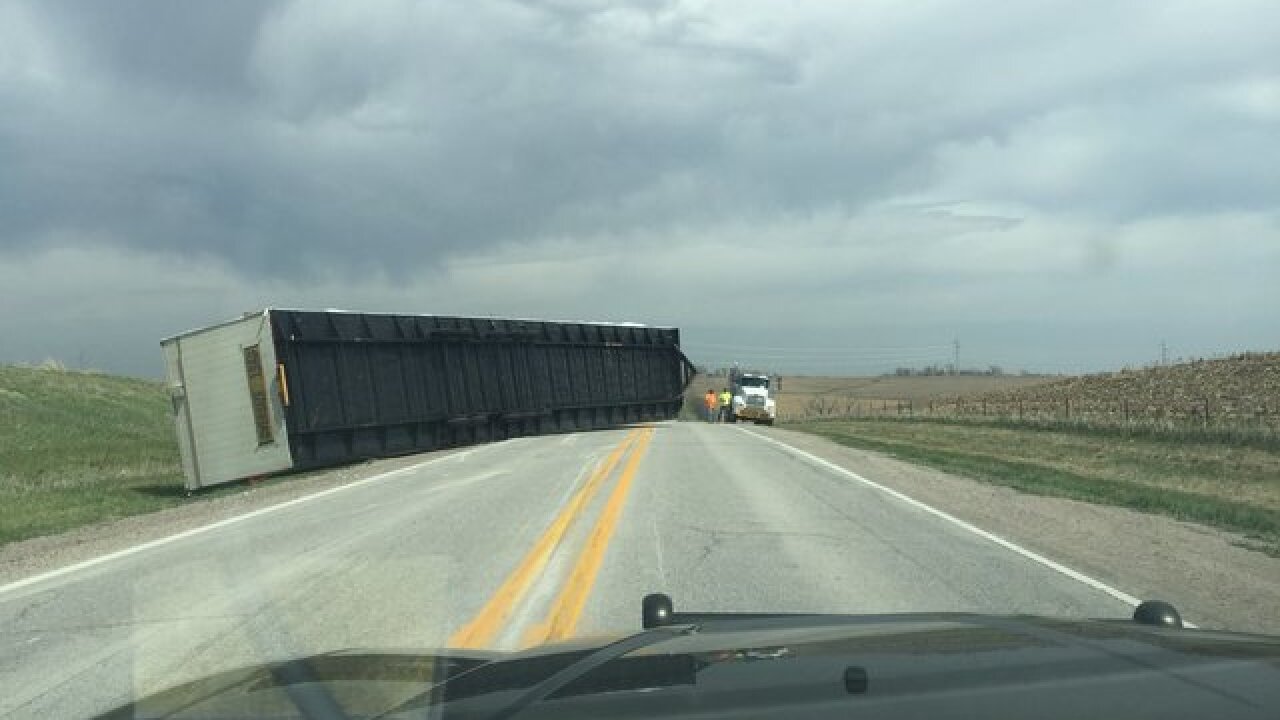 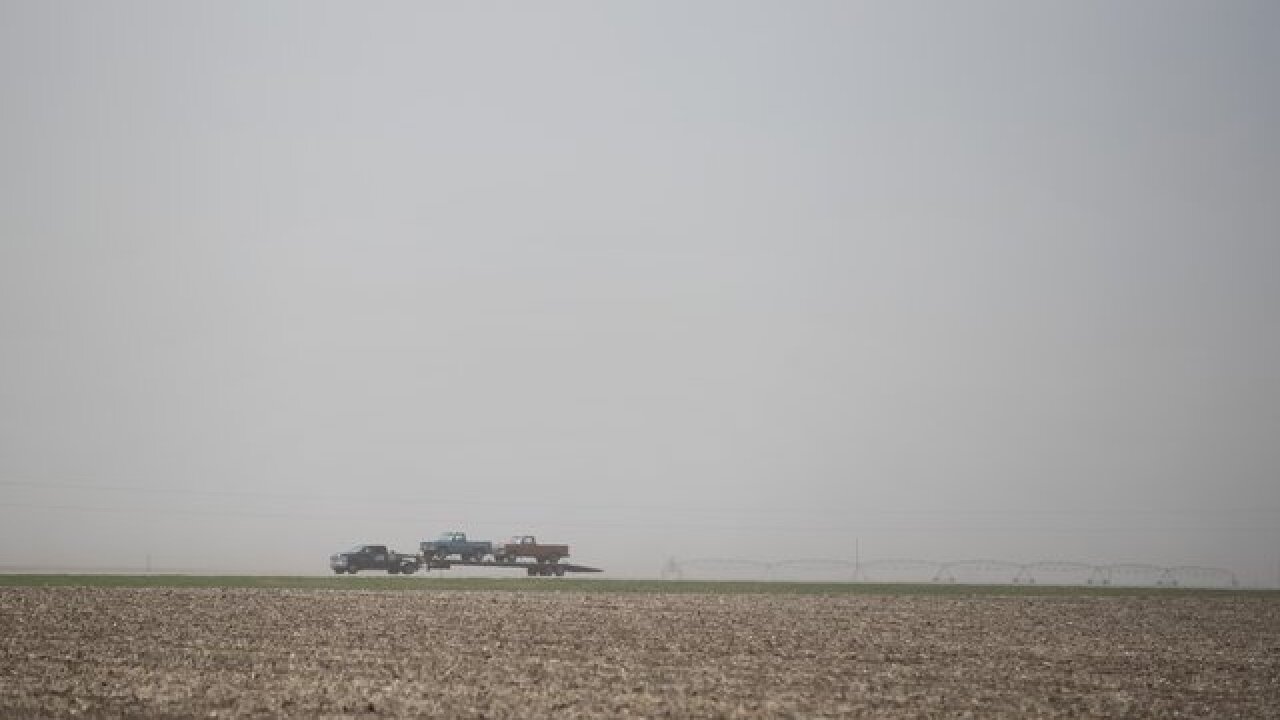 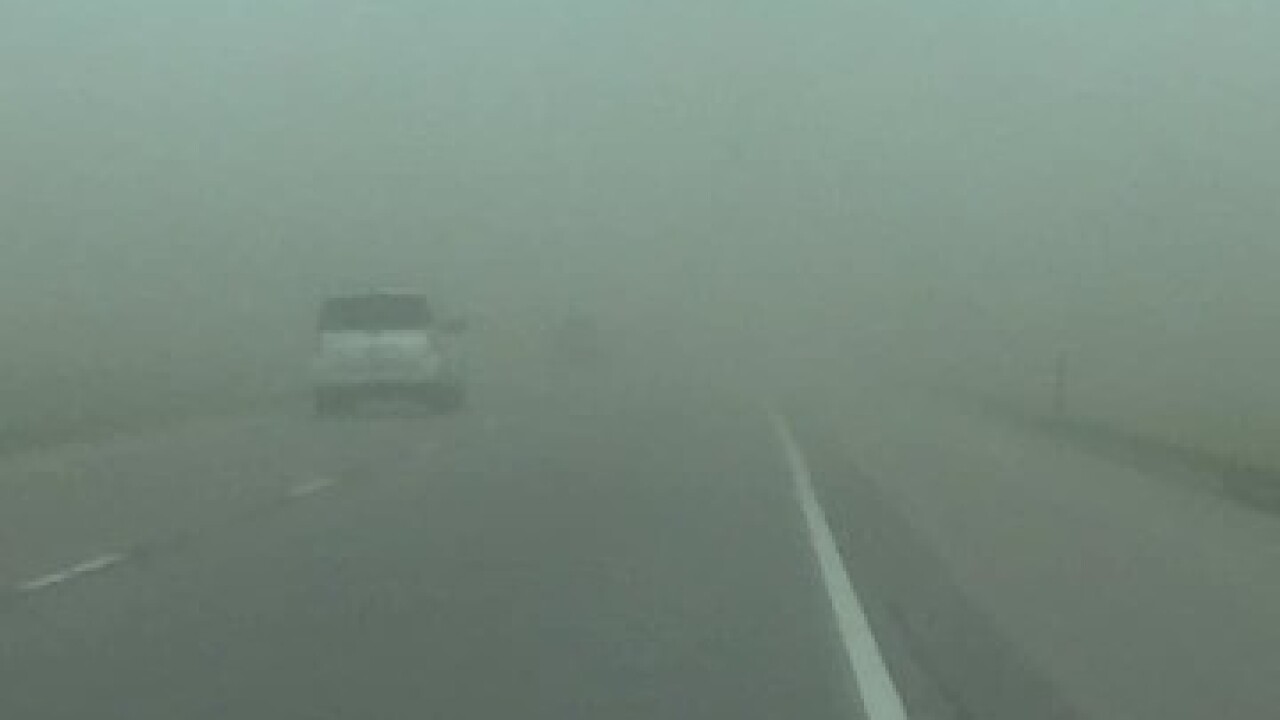 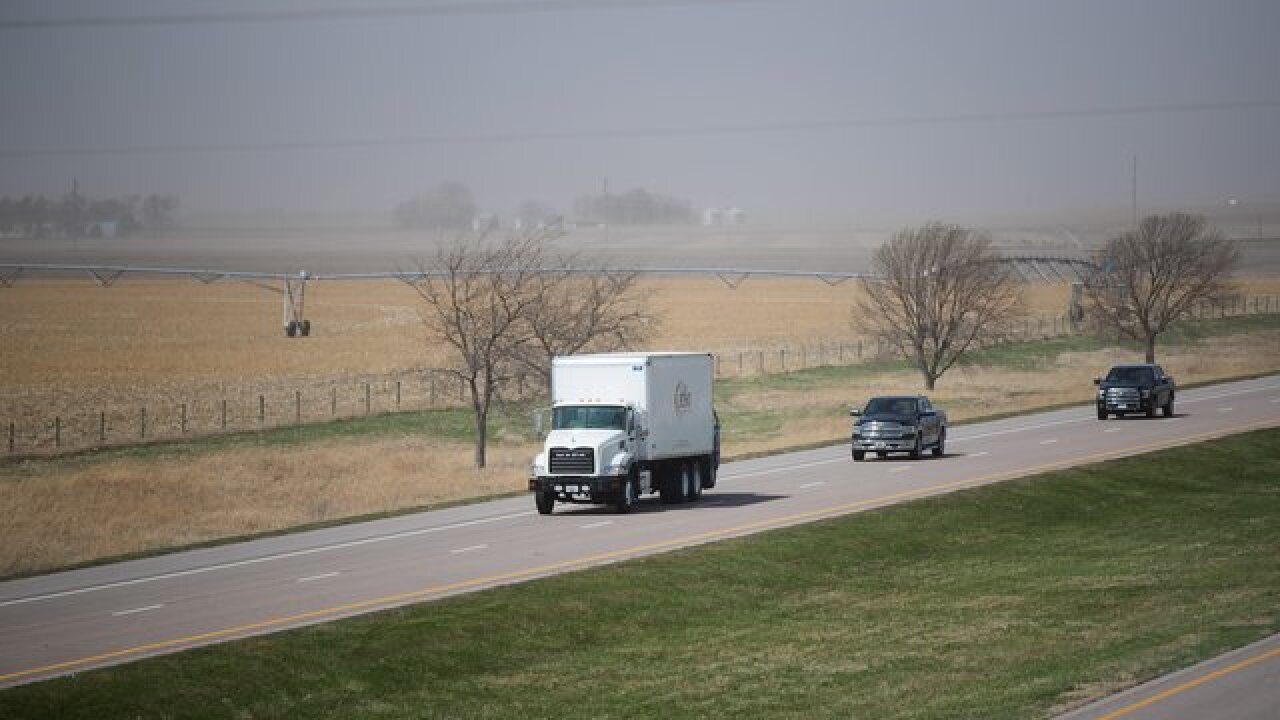 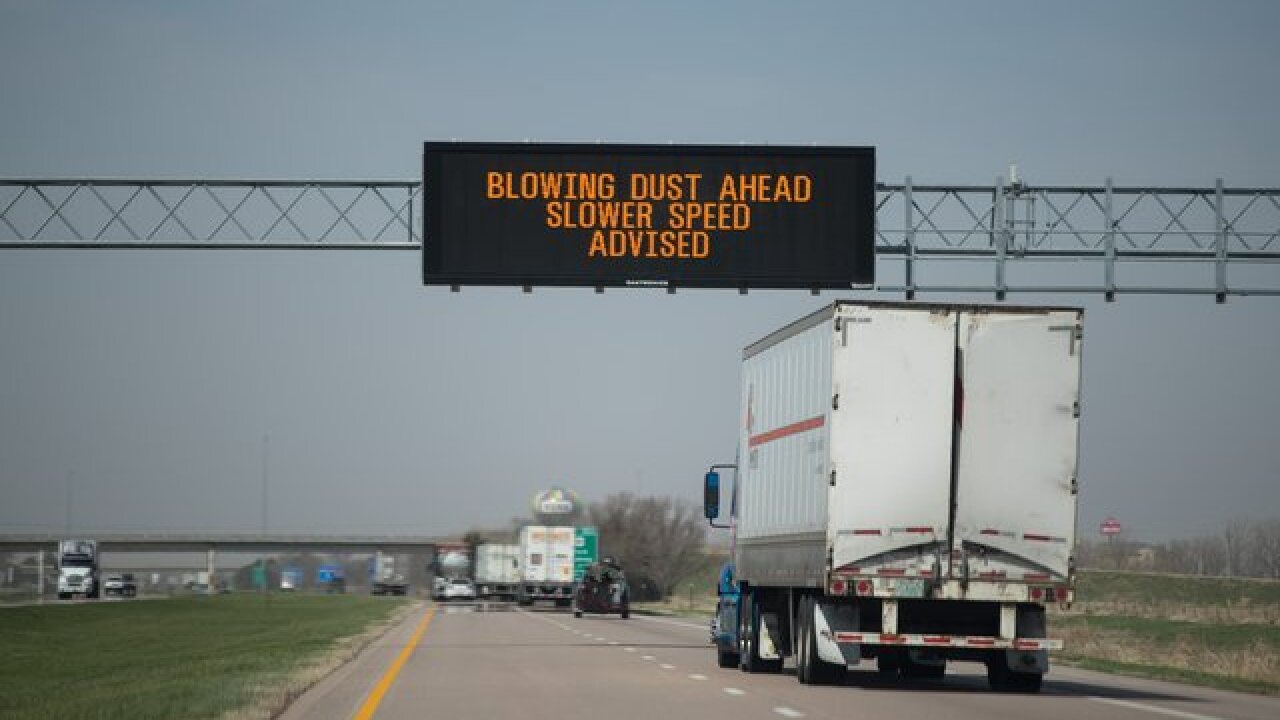 Blowing dust caused by strong winds across the state made for dangerous travel in Central Nebraska on Monday.

The Nebraska State Patrol closed part of Interstate 80 near Seward for several hours after dust clouds obscured visibility in the area and caused in a multi-vehicle crash that left several injured, according to an NSP release.

Six semi-tractor-trailers and several passenger cars were involved in the pile-up Monday, and I-80 was closed in both directions for nearly four hours while crews worked to assist injured motorists and clear the roadway, the release states.

Injured motorists were transported to Seward Memorial Hospital; two were transported via life-flight, the release states. All injured parties are believed to have non-life threatening injuries.

It was the second day dust had impacted travel in Central Nebraska. On Sunday, both directions of I-80 are were closed near Aurora because of a fatal multi-vehicle crash attributed to poor visibility due to blowing dust.

NSP575 took to the air to assist from above.

Flying in the wind was difficult, but here are some pictures from above today's dust storm on I-80. pic.twitter.com/Vnoq5mJ8oR

"Deteriorating weather conditions due to extremely strong winds and dust caused visibility issues which played a major factor in the cause of the crash," NSP said in a release. "As several motorist traveling east on I-80 entered the duststorm, visibility became very limited causing passenger and commercial vehicles to suddenly brake. Multiple vehicles then crashed into one another causing a chain reaction."

I-80 traffic was diverted onto Highway 34 while the interstate was closed, making travel through the area slow.

Wind gusts around 55 mph were forecasted through the afternoon, expected to diminish to 20-30 mph with gusts near 35 mph by 9 p.m.