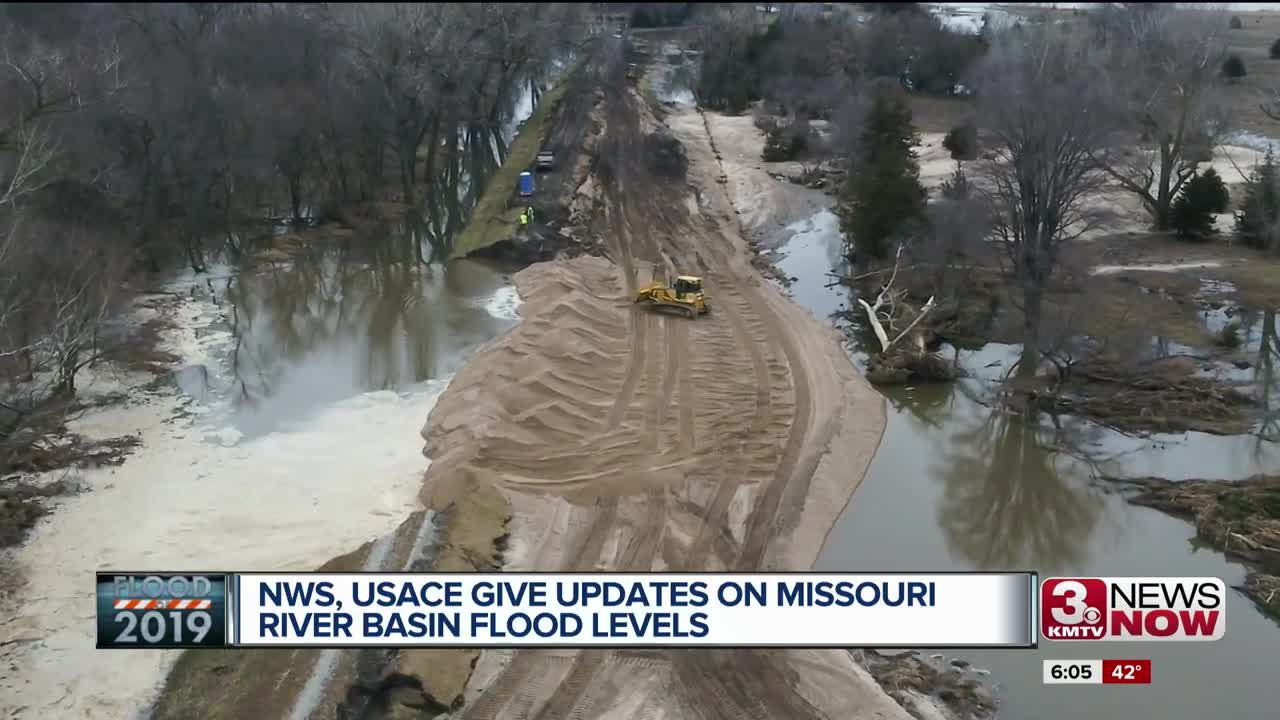 OMAHA, Neb. (KMTV) — The U.S. Army Corps of Engineers held its monthly Missouri Basin webinar to update stakeholders on how levels look at the start of 2020.

Experts with the National Weather Service and the corps believe that over the next 90 days there remains a high level of probability for continued or renewed flooding along the Missouri River.

Water levels remain higher than average nearly a year after flooding decimated the region. The experts are predicting 36.3 million-acre feet of runoff this year, the ninth-highest in the 122 years of forecasting runoff.

Officials increased Gavins Point Dam output to 30,000 cubic feet per second Tuesday, up around 10,000 cps above average from a normal year. The corps plans to keep Gavins Point at these levels through March.

Over in Missouri, the state is starting construction on $100-million worth of renovation projects that could take two years to complete. In Omaha, crews completed 21 initial breach closures costing more than $87-million. This includes the L-575 levee system outside Hamburg, Iowa.

"Wherever there are levees that are still not completely fixed then yes the chances go up," said Kevin Low with the National Weather Service. "So I expect the chances to rise as we go further in to the year."

Experts say flooding will vary depending on the amount of plains snowfall this winter. Minor flooding remains probable according to recent trends.

3 News Now talked with the Omaha office of the National Weather Service Tuesday afternoon. The office said flooding along the Platte River is unlikely and the area of the Missouri River south of Nebraska City is the most susceptible to flooding this spring.