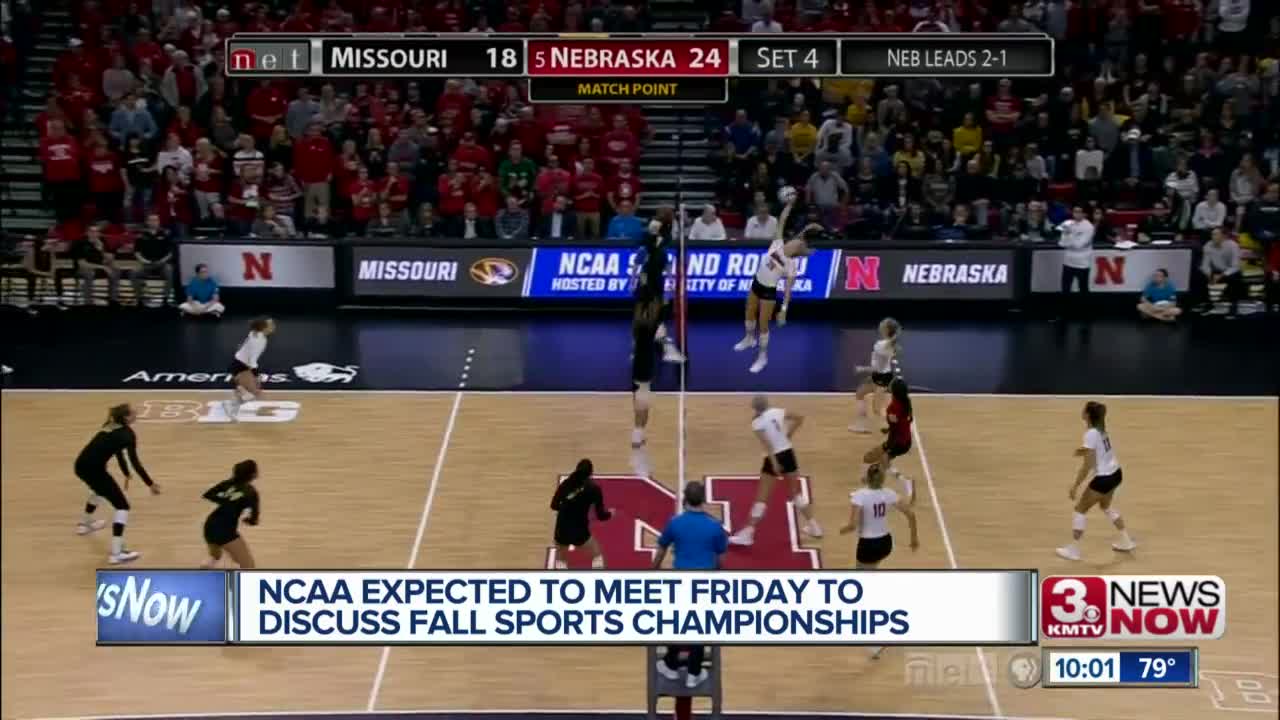 OMAHA, Neb. (KMTV) — The NCAA is expected to meet this Friday to discuss its plans for fall sports. The decision could directly impact Nebraska sports, and the state's economy.

Numerous sports media outlets, including The Athletic, report the NCAA could decide the future of fall college sport championships by Friday.

While the Friday meeting isn't scheduled online, the board of directors is expected to discuss postponing or canceling championships for fall sports.

At a news conference on Tuesday, University of Nebraska President Ted Carter says he'd like to see fall sports take place this year.

"We believe in the mission of athletics and what it is for the spirit of American competition," Carter said. "We think the college experience includes athletics, so we're very bullish on sports here in the fall."

Fall championships have a direct impact on the area economy. In December, the NCAA Volleyball Championship is supposed to be held in Omaha.

It would be another big blow for the city in 2020. Omaha has already seen major losses from canceled NCAA Basketball Tournament games, and the College World Series.

Carter seemed hopeful on Tuesday. He said they're eager to have students back on campus in the fall.

"As a new Nebraskan I am so proud to say that we are one of the few states in the nation that are completely aligned from the governor, to the campus leadership, to the faculty, to the students, to the mayors, to the coaches, and the players. We want to see fall sports and we think we can do it safely," Carter said.

According to The Athletic, the board also met last week. The next scheduled NCAA board meeting is set for August 4.