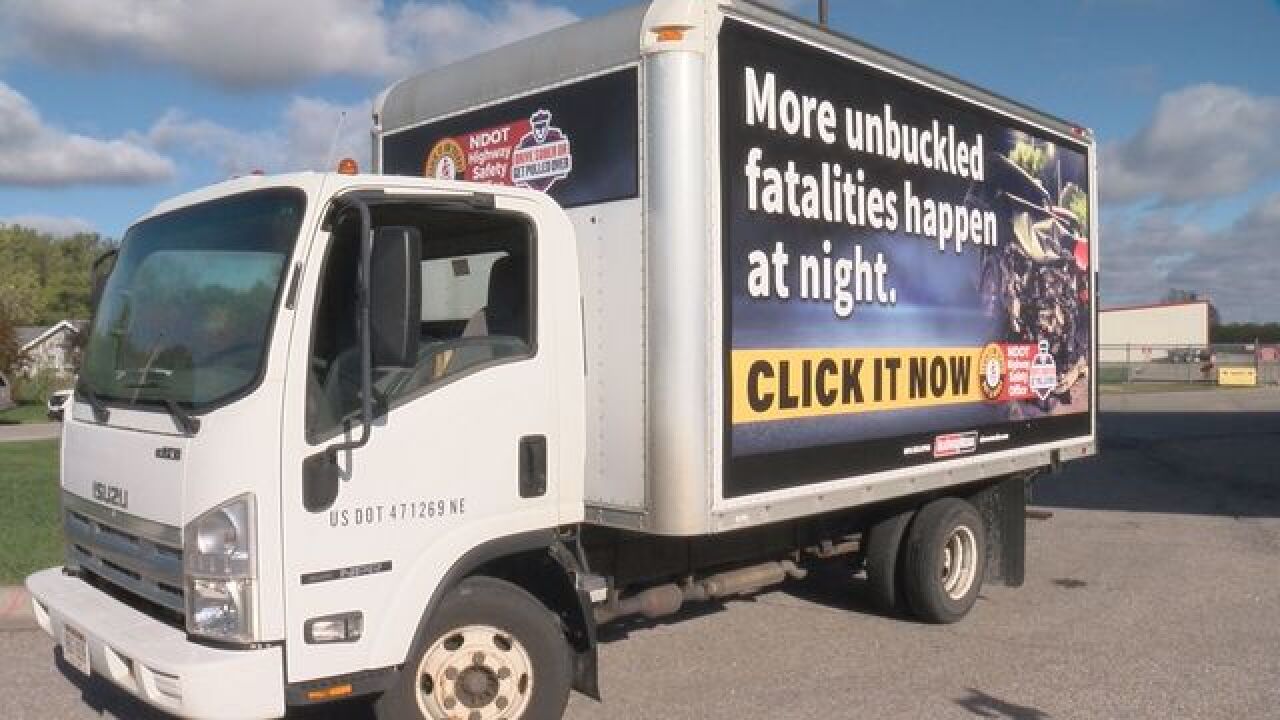 A new campaign by NDOT Highway Safety Office is kicking off a campaign urging people to wear seat belts at night.

“It is surprising,” Fred Zwonechek, Nebraska Highway Safety Administrator said.  “It’s probably more surprising to the people who comment to us they can't understand crashes and rollovers and people are ejected. They just don't understand why people aren't wearing seat belts.”

But we've come a long way. Zwonechek said when he first started, our seatbelt usage in Nebraska was 11-percent in 1982.

“A lot of people, particularly in the rural parts of the state,” Zwonechek said. “They drive all their life without using seat belts going from one field to another and in the agriculture work they do they just get in and out of things frequently.”

“I think people simply forget to put it on,” Capt. Sean Caradori, Nebraska State Patrol said.  “It could be that, it could be alcohol consumption. Sometimes they don't think they're driving very far so they don't really need it.  It has been proven that seat belts are the number one way to save yourself in an accident.”

NDOT says seven out of ten people who die in a nighttime crash are not wearing their seat belt.

“122 died last year from not wearing seat belts,” Zwonechek said.  “More than half of those people would be around today.”

And half of those families wouldn't be impacted by the loss of that life.

“It’s tough on the family and it's tough on the law enforcement officer as well,” Capt. Caradori said. “It’s something that you take with you through your career. And you never forget it. We know that family is going to have a tough time especially when it’s something as small as wearing a seat belt that could save someone's life.”

When you see the wrapped trucks driving around or the signs at the pump, please take friendly reminder.

Nebraska has kept track of a seat belt protection data over years, including seat belt usage rates since 1985, which rose significantly when the latest safety belt law went into effect in January 1993.