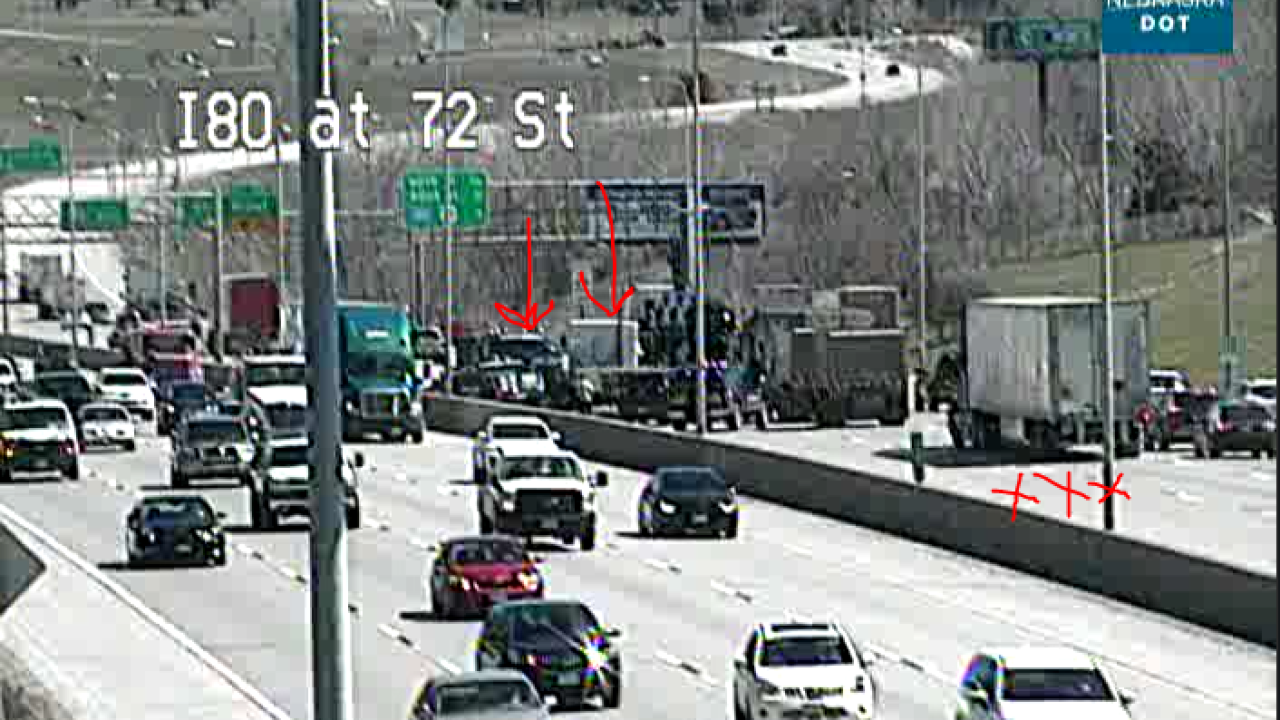 OMAHA, Neb. (KMTV) — The Nebraska Department of Transportation (NDOT) says a wreck involving a semi-truck has resulted in three lanes of traffic being closed on I-80 eastbound near the 72/60th Streets area.

NDOT says drivers should expect delays and asks people to use alternate routes.

Fire engines and first responders are currently at the scene.