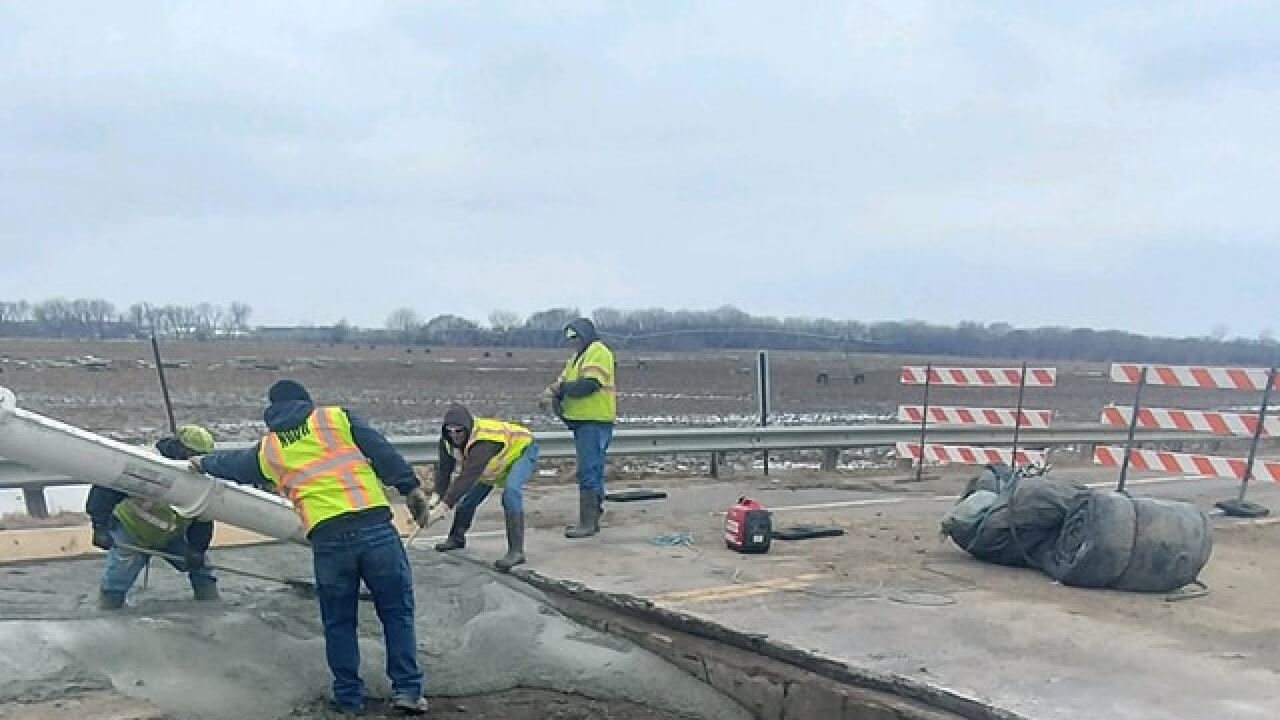 OMAHA, Neb. (KMTV) — The Nebraska Department of Transportation is reporting that at least fifteen bridges in the State highway system have washed out or have been damaged.

Truckers are advised to only take marked detours and avoid county roads in these areas. Many of the county roads are unable to support semi-truck traffic.

NDOT will provide detours for each bridge that has either been washed out or requires repair through 511.nebraska.gov.