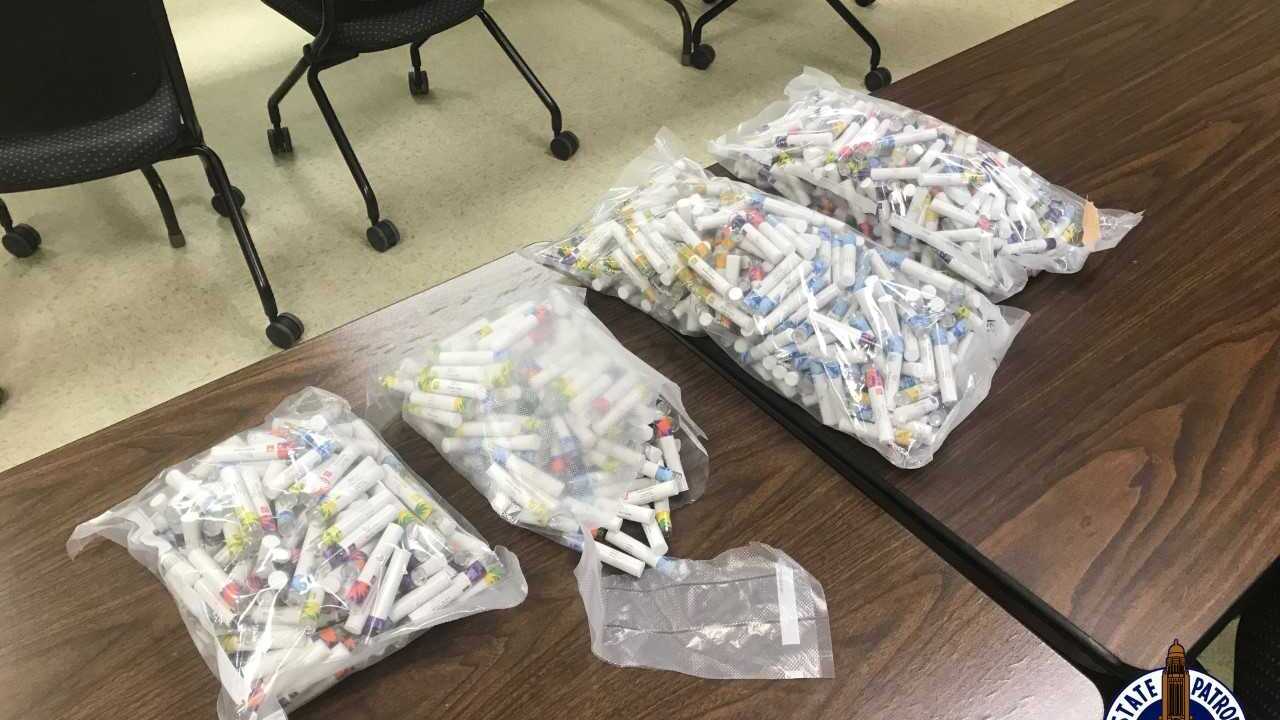 NORTH PLATTE, Neb. (KMTV) — Nebraska State Patrol troopers arrested an Iowa man and seized almost 950 THC vape cartridges from his vehicle during a traffic stop on I-80 near North Platte.

Troopers made the traffic stop at approximately 10:50 a.m. on Monday, April 8 after noticing an eastbound Ford Escape speeding at mile marker 179. The trooper became aware of drug activity during the stop and proceeded to search the vehicle.

The driver, 22-year-old John Norris of Johnston, Iowa, was arrested for possession of THC/hash oil with intent to deliver and no drug tax stamp.

A female passenger was cited and released for marijuana possession - less than one ounce.