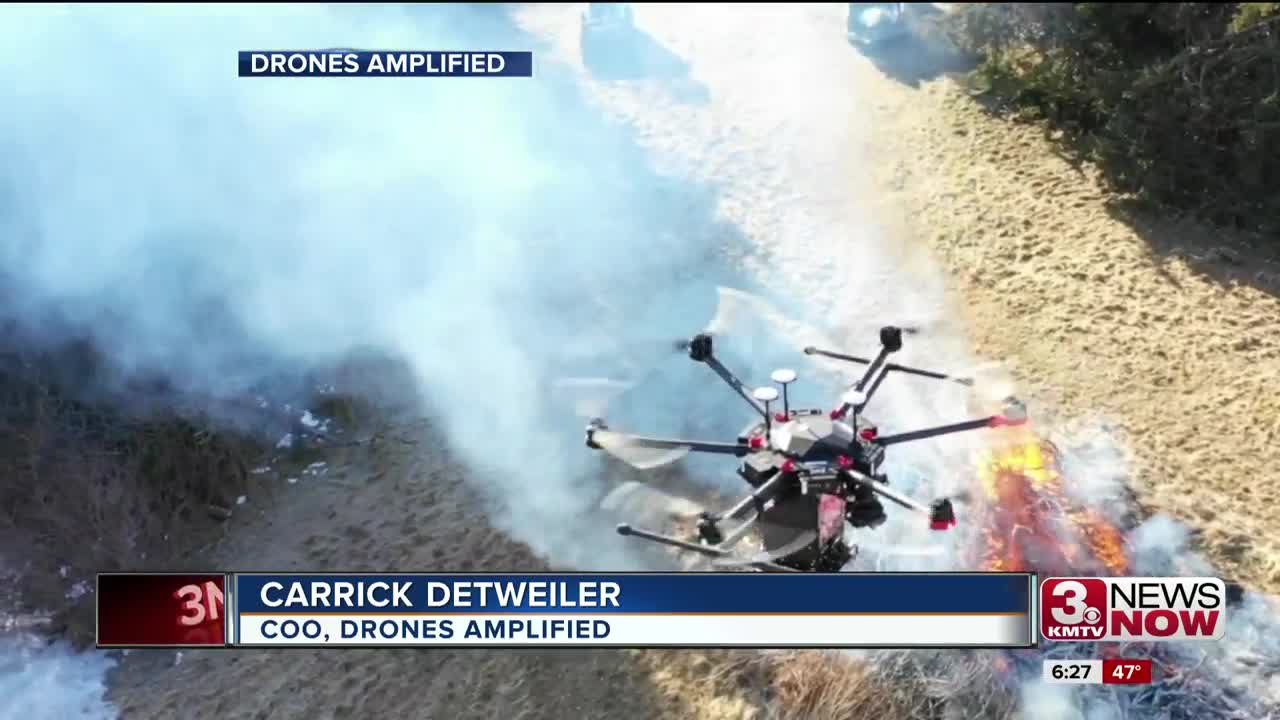 How a company in Lincoln wants to fight fire with drones.

LINCOLN, Neb. (KMTV) — Back in 2015, Carrick Detweiler knew he wanted to fight fire from the air, eventually realizing he could do it with drones.

“That’s kind of how I got started, designed the first four or five of these systems, prototypes, in the lab at UNL, and then you know, people started getting interesting and Carrick said do you want to make a run at this and try to make a business out of it,” says Jim Higgins, chief of engineering at Drones Amplified.

After two years in business, Drones Amplified is selling their equipment to the US Forest Service and Department of Interior, among others. Giving them a payload that they can attach to a drone, then using an app to control the system, and strategically start fires to starve them out and stop them from spreading.

“We’re actually saving lives, so it’s really great to see our systems in use and you know, increasing the safety for the firefighters,” says Carrick Detweiler, CEO, Drones Amplified.

Starting fires to stop fires isn’t a new idea. For years, they’ve been doing it with helicopters. But Detweiler says remote controlled system is much safer than manned helicopters, and cheaper.

“Helicopters cost thousands of dollars an hour to operate whereas our system is really inexpensive and easy to operate,” says Detweiler.

Right now, they can fly for a few miles and around 30 minutes, as the company grows, they’re looking to up the scale of their product.

“If we could get the type of a system that could fly for multiple hours, carry 10,000 of these ignitions spheres that would be game changing for this industry,” says Higgins.

While fire departments have to buy the drones separately. The payload Drones Amplified makes, cost around $20,000.