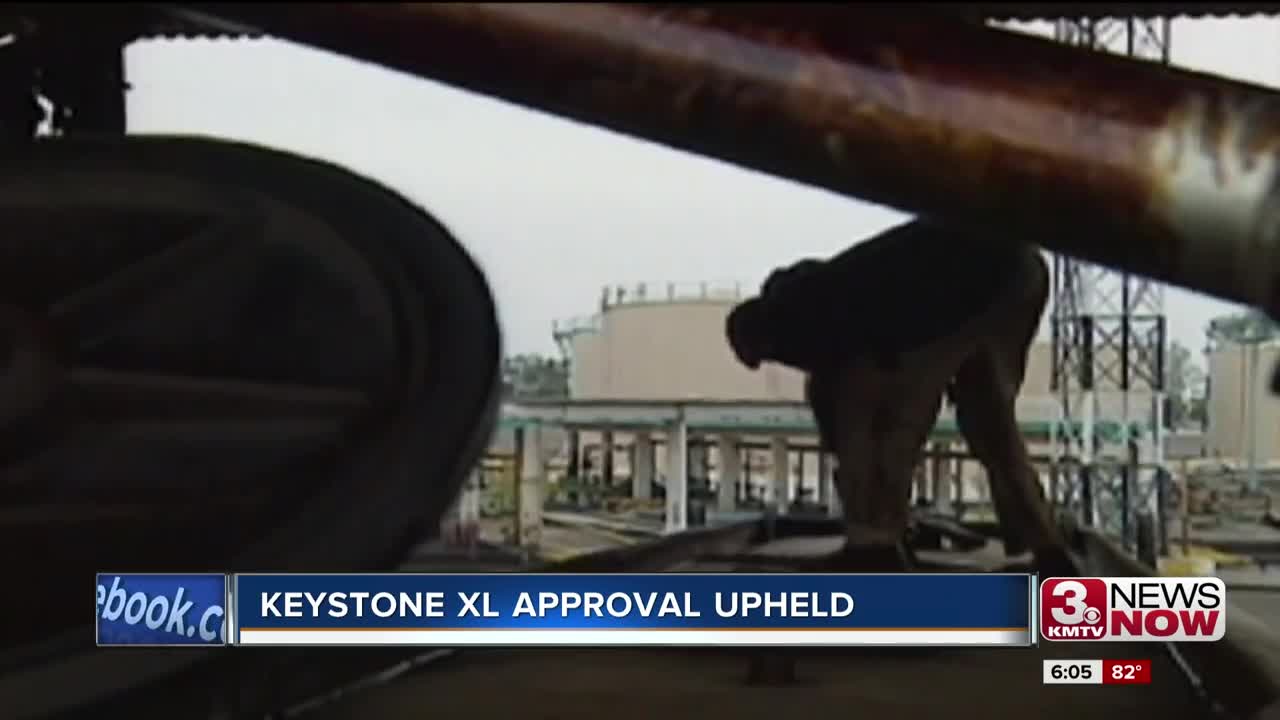 It may have won approval at the Nebraska Supreme Court but some say the fight is not over.

LINCOLN, Neb. (AP) — Nebraska’s highest court has rejected another attempt to derail the Keystone XL pipeline that could have forced the developer to reapply for state approval and delayed the $8 billion project yet again.

The Nebraska Supreme Court on Friday upheld the decision of regulators who voted in 2017 to green-light a route through the state. The court’s decision removes one of the last major hurdles for the project, which has been mired in lawsuits and regulatory hearings since it was proposed in 2008.

The Nebraska Public Service Commission voted 3-2 in favor of an “alternative route” for the project instead of developer TC Energy’s preferred pathway for the pipeline. Opponents filed a lawsuit arguing the company didn’t follow all the required procedures for the route that was approved.

“Today’s decision is the last step in a decade-long review process that reflects the deliberation and input of countless stakeholder groups and individuals. It’s well-known that the Keystone XL pipeline will bring great-paying jobs and property tax revenue to the counties along the route. It’s time to build the pipeline.”

“Today’s decision is the last step in a decade-long review process that reflects the deliberation and input of countless stakeholder groups and individuals. It’s well-known that the Keystone XL pipeline will bring great-paying jobs and property tax revenue to the counties along the route. It’s time to build the pipeline.”

Bold Nebraska released the following release regarding the decision:

In a stunning ruling that shut out the voices of landowners and Tribes, ignoring due process rights, property rights and and the sovereignty of Tribal Nations, the Nebraska Supreme Court on Friday ruled against landowners and found that the "Mainline Alternative Route" for the proposed Keystone XL pipeline that was approved by the Public Service Commission is in the public interest. [1]

The ruling means that TransCanada now has an approved route in the state of Nebraska, but isfar from the final word on KXL, and the company has stated publicly it will not begin any construction in 2019.

We're also asking all of the Democratic candidates for President to take the "NoKXL Pledge" [u1584542.ct.sendgrid.net] -- and pledge on Day One in office to revoke Trump's illegal permit for KXL (and Dakota Access), and stop any activity while the projects are resubmitted for a legitimate review under a true "climate test."

Since Bold launched the NoKXL Pledge on Aug. 13, it has been already been signed by Sen. Elizabeth Warren, Sen. Bernie Sanders, Sec. Julian Castro, Gov. Jay Inslee, Tom Steyer and Mayor Bill de Blasio. But it's critical we get ALL of the candidates to sign.

Add your name: Tell the Democratic candidates to Take the NoKXL Pledge [u1584542.ct.sendgrid.net].

Finally, TransCanada has not yet issued a "Final Investment Decision" on whether to even move forward with this boondoggle of a project that is abusing eminent domain for private gain, trampling sovereign rights of Tribal Nations, and threatening our land, water and climate.

Bold is in need of more resources to continue fighting Keystone XL, to support our landowners' lawsuits, for cultural resource surveys of sacred and historical sites by the Ponca Tribe of Nebraska and other Tribes impacted by KXL, and to continue organizing landowners and Nebraskans to keep up the fight to stop this pipeline.

Thanks for standing with us.

Jane and the Bold team

3 News Now Senior Reporter Jake Wasikowski will be digging deeper into this story tonight on 3 News Now - Available on-air, on our website and on the 3 News Now apps for mobile and streaming devices.

We'll also be looking into: