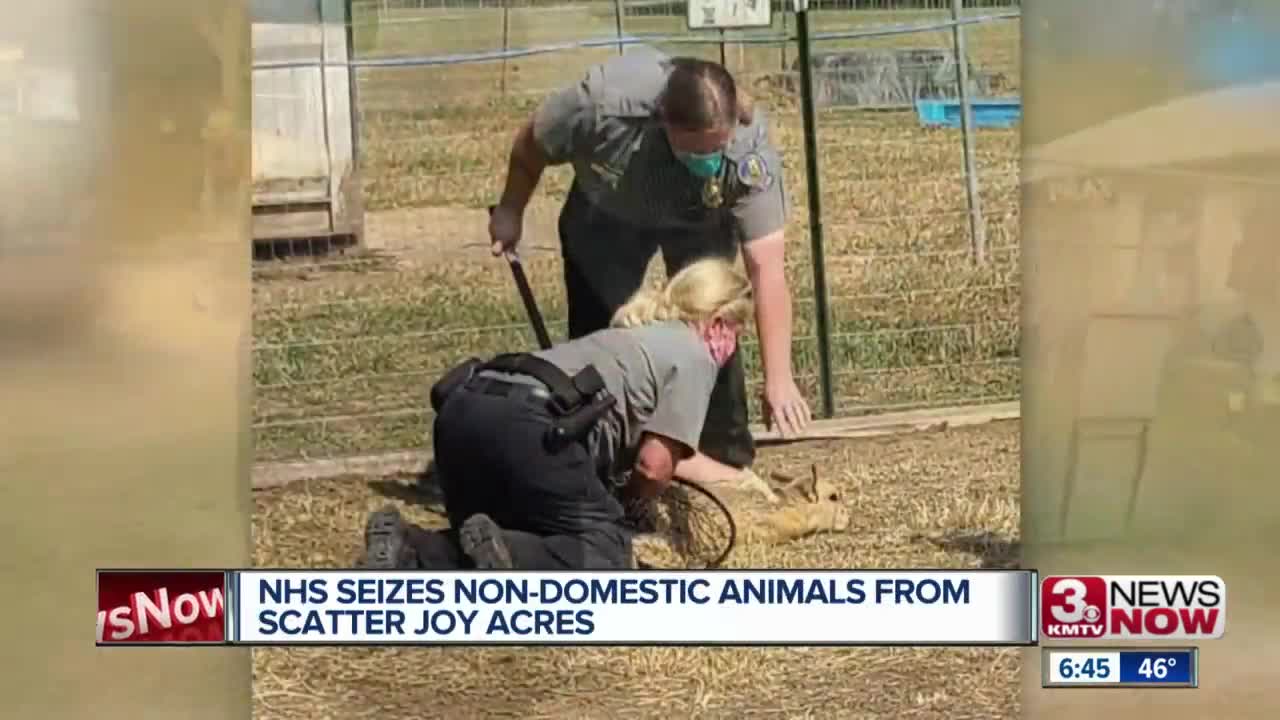 “We are a non-profit petting zoo,” said Tim Heller, who serves on the board of directors for Scatter Joy Acres. “We’ve got all of the permits from the USDA, Nebraska Games and Parks to allow us to have these animals.”

“We have a differing opinion,” said Steve Glandt, Vice President of Field Operations for the Nebraska Humane Society. “We base our opinion on the way the ordinances are written here in Omaha. They may have other permits and they still have to follow city ordinance as well.”

Heller said Scatter Joy Acres is a non-profit zoo; online they call it a petting zoo.

“We should be exempt out of the municipal code of Omaha,” Heller said. “NHS is looking at one section, but the next section stipulates what organizations are exempt and we fall under that category.”

But Section 6-82 goes on to list exceptions including “Federal or State licensed nonprofit privately owned or operated zoo.”

“Scatter Joy Acres has not referred to themselves as a Zoo only until now,” Glandt said. “So, they kind of shifted gears once we informed them of the violation so I would question that as well.”

Scatter Joy Acres said they want their animals back and for the citations to be dropped. They're also concerned for the animals well-being.

“They’re not dogs or cats like the humane society is used to dealing with,” Heller said. “We’re concerned they’re getting the right care and nutrition.”

“They are being cared for, they have proper vet care. So, we have no concerns,” Glandt said.

All nine animals are being kept in an undisclosed location.

As far as getting the animals back, Glandt said that is up to the courts. They have a hearing on October 6.

Glandt said the NHS has asked the city to weigh in on their interpretation of the ordinance. The Mayor's office did not return our messages on Tuesday.